Barry’s Lee Selby weighs up options for next fight 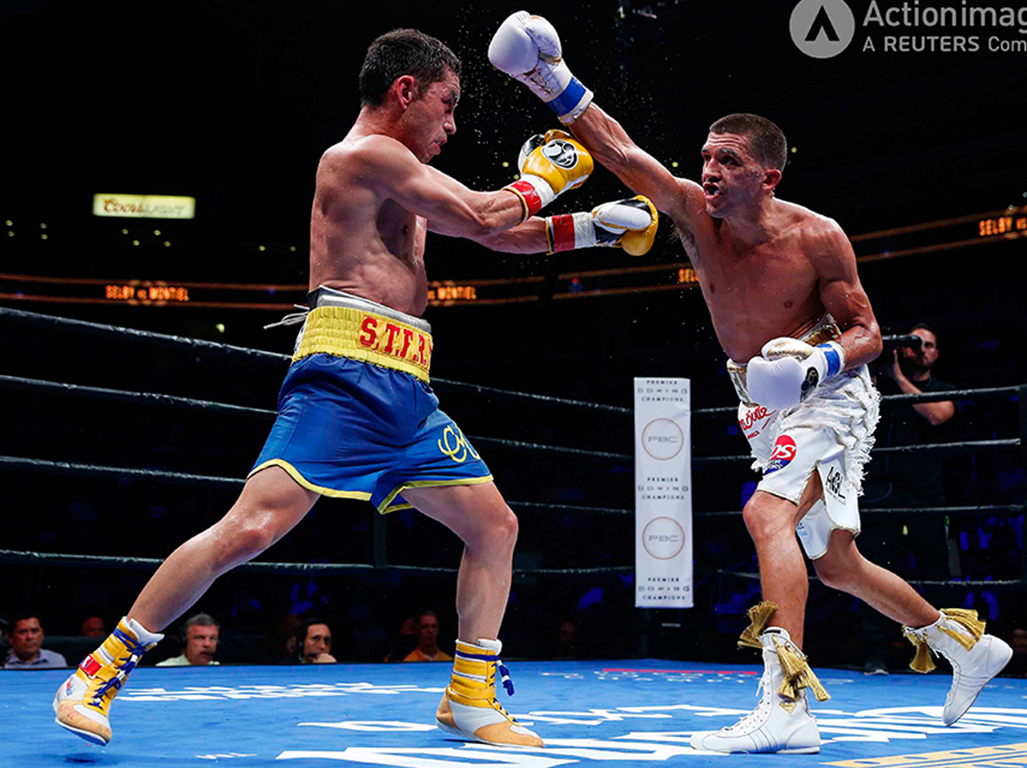 The IBF featherweight champion, who was due to fight Jonathan Victor Barros at the weekend, was left in limbo when Barros failed his medical and abandoned the fight.

The International Boxing Federation is not legally required to reveal why Barros failed the test.

Selby told BBC Wales Sport: “I’m devastated. All the hard work I’ve put in, the months of training, the months I’ve been away from my family, and to be let down 30 minutes before I’m meant to go on stage, it’s very disappointing.”

But it doesn’t look like the Barry-born boxer be out of the ring for long. “Trust me when I say I will be back, and I will make my stamp on the world of boxing,” he said.

Abner Mares tweeted Selby shortly after the cancelled fight to say he would happily fight him. The pair met shortly after.

Mares told BBC Wales Sport: “I’ll fight anyone anywhere. I’ll go to his country and fight him. I’ve got no problem with that because that’s the type of fighter I am.”

Another potential opponent for the Welshman is Carl Frampton who recently lost his (super) featherweight world title defence against Leo Santa Cruz in Las Vegas.

Frampton said: “I’ve got huge respect for Lee Selby and I think it’s the same on his side as well. I would love that fight after Santa Cruz.”

A spokesman from Colcot Amateur Boxing Club in Selby’s hometown, Barry, said: “Lee Selby is a great fighter and is more than capable of bringing the belt back to Wales.

“He is a fantastic sportsman. A lot of our boys and girls look up to him and he gives them a lot of help when he trains at our gym. He also supports us at our annual amateur boxing shows.”

Daniel Hopkins, 23 from Canton, said: I’m absolutely gutted for Selby. His chance to shine was taken away. I’d like to see him fight a little more but it’s not his fault people keep avoiding him. I can’t see the Frampton fight happening any time soon though. I’m proud he represents Wales, it’s always nice to see a small country like Wales getting world recognition.”

Former lightweight world champion, Amir Khan said: “I think beating someone like Abner Mares or someone like [Leo] Santa Cruz or Frampton would definitely take him to a different level. I think Selby has the talent to do it. He’s a prospect to keep an eye on in the future.”