Opinion divided over bid for another Pontcanna alcohol licence 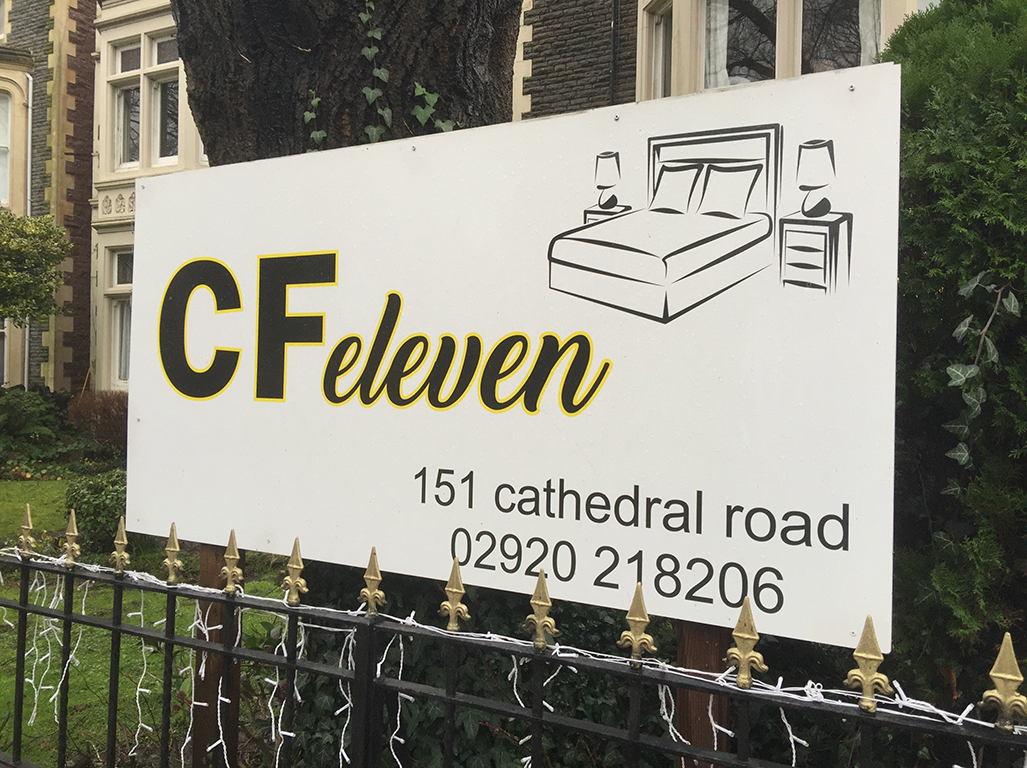 LANDLORDS, residents and politicians in Pontcanna have expressed conflicting views over a guest house’s application for a licence to sell alcohol.

The CF Eleven guest house and coffee shop on Cathedral Road has applied for a premises licence allowing it to sell alcohol from Monday to Sunday between 10am and 11pm.

In December, owner Jason Arthur Hamer was granted permission to change the ground floor from a hotel to a coffee shop. He later applied for an alcohol licence.

Some residents and politicians say available parking, the number of existing licensed premises and anti-social behaviour are potential problems.

In a letter to the Licensing Authority, Mark Drakeford AM and Kevin Brennan MP, both representing Cardiff West, said they believed “the Pontcanna area to be already saturated as far as alcohol licensing is concerned”.

They said granting the application would inevitably add to noise and disturbance.

A nearby resident, who preferred not to be named, said: “There’s a lot of opposition. There’s no parking there for a start. It’s bad enough on Cathedral Road. There are enough pubs already. I really don’t think they should have a licence.”

Martin Evans, 38, landlord of The Cayo Arms on Cathedral Road, said: “It’s getting really tough around here at the moment. When we first moved here it was a bit of a pub crawl into town. But now I stand here on a Friday night and no-one’s there. The area has got a lot of businesses and a lot of pubs.” However, Mr Evans said there was no problem with anti-social behaviour in the area.

“In the last six months I have had to chuck out one person. Most of the time it’s a pleasant place,” he said.

Barry Thomas, 27, landlord of The Halfway on Cathedral Road, said: “There are a lot of licensed establishments already.

“There’s a point to it being saturated. I have no objection with them having a licence but I see their point.” Mr Thomas said there was no problem with anti-social behaviour in the area.

“I have never really encountered it to be honest,” he said.

Other residents did not oppose the idea of another licensed premises.

Amanda Villepastour, a senior lecturer at Cardiff University who lives near CF Eleven, said: “Frankly I don’t think it would make any difference.”

Another nearby resident who preferred not to be named said: “I don’t particularly mind myself. Anti-social behaviour is not particularly a problem here.

They thought the business might struggle due to competition.

“If it’s successful then fair enough but I suspect it will be difficult,” they said.

Cardiff County Council’s Licensing Authority has the power to adopt a “Cumulative Impact Policy” in areas where it believes an area is saturated with alcohol licensed premises.

The policy states that if this is the case, they could become a focal point for large groups of people leading to severe or chronic problems of crime and disorder, public nuisance, anti-social behaviour, and matters of public safety.

A Cumulative Impact Policy is in place for Cardiff city centre, which is referred to as a “saturation zone”. However, there is no such policy for Pontcanna.

A council spokesperson said: “If there were brawls happening on Cathedral Road, for example, then obviously we would work with the South Wales Police to see if we could declare it a saturation zone.”

The council’s licensing sub-committee is meeting this Friday to discuss the application.