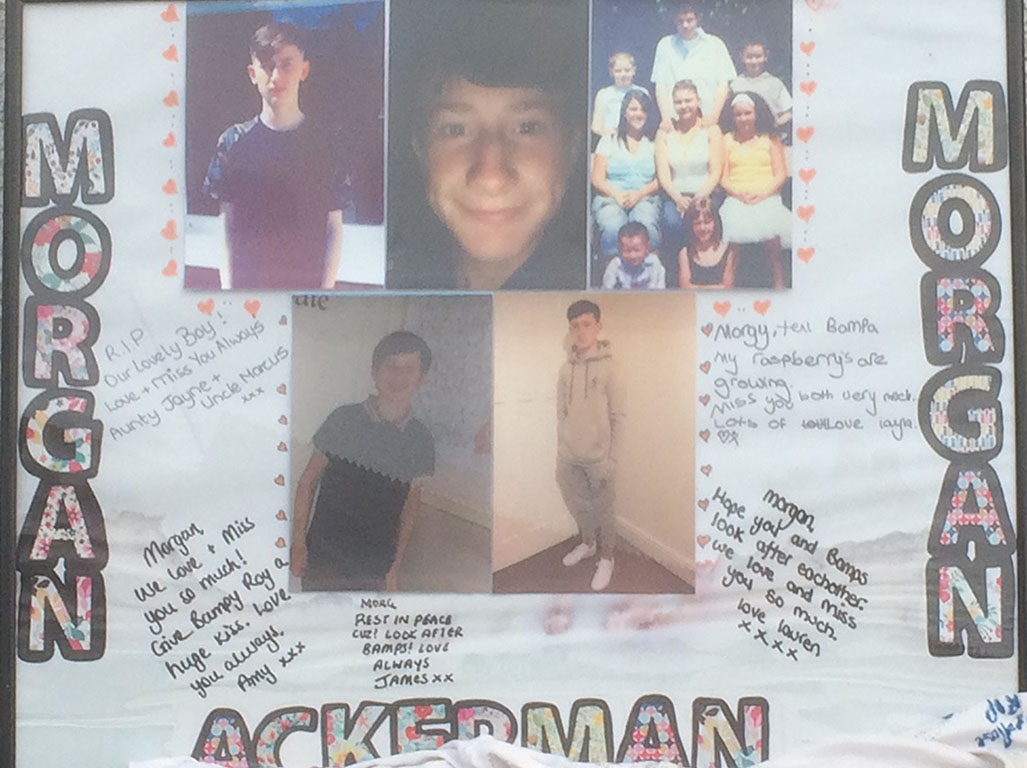 THE Vale of Glamorgan Council is to consider installing a memorial bench for a Barry teenager next week.

Morgan Ackerman, 16, was hit by a taxi on January 3 on Barry Road. He was taken to University Hospital in Cardiff but died of his injuries the next day.

After Morgan Ackerman’s death Richard Bertin, councillor for Court Ward, started a petition to improve road safety. He is also asking the council to install a bench. “It is being discussed next week,” he said.

“Morgan was a very popular young lad and very friendly. I knew his mother very well. She suggested the bench should be in Jackson’s Bay. It was a spot where he would sit and reflect.”

Since the tragedy there has been a memorial on the corner of Llewellyn Street where the accident took place. There is also a memorial for Morgan on top of the Eastern Shelter on Whitmore Bay. Memorial for Morgan on top of the Eastern Shelter

Josh Hill, 17, from Dale Court, Barry was a schoolfriend of Morgan’s. He said: “This bench will be welcomed by people. There are a lot of people at his memorial every day, laying flowers and lighting candles.”

Jordan Phillips, 17, was also a school friend. “I was at school with him right through to year 11. I used to play football with him,” he said.

“He was really popular. Every night at half six people come to his memorial to light fresh candles and to put up an umbrella so they don’t go out.”

Heather Gilmour, 44, lives on Llewyn Street. The memorial is outside her house. She said: “I think the bench is a good idea. He was well liked. I think there’s only been two days when people haven’t been at the memorial.

“I have been here 13 years and this road has always been dangerous. Especially if I go to the post office. I hope something gets done.”

Kassin Afiz, 31, works at the Premier shop on Barry Road. He said: “I think the memorial bench will be a really good idea. He was such a nice kid and everyone thought so. He used to come in this shop all the time with his mates, this was his area.”