Residents band together to keep Adamsdown tidy despite rain 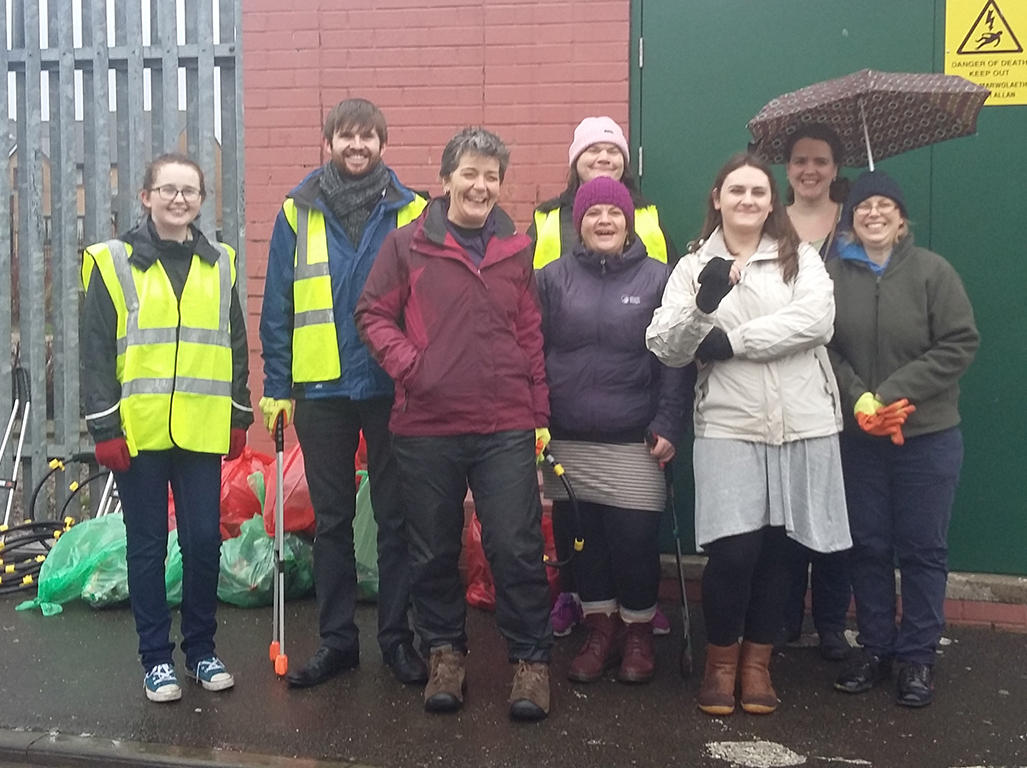 RAIN and wind were not enough to dampen the spirits of Adamsdown residents taking part in their latest community litter pick today.

The activists worked to clean up the streets around Brewery Park as part of the continuing Love Where You Live campaign. After an hour in the rain the group had collected five bags of litter, and four bags of recyclable waste, before retreating to the dance school for a cup of tea.

Gwenda Owen, who helped organise the litter pick, said: “We are proud of Adamsdown, we love it, and we want to get the message out that littering is not okay.”

Ms Owen said the group had collected more rubbish in previous litter picks, but had struggled to today as council workers had already “deep cleaned” the area earlier in the week.

The residents who took part were concerned about the effects rubbish has on the area. The litter pickers stop for a photo finish before heading indoors for a cup of tea.

Sam Hickman, 23, who lives on Topaz Street said: “I moved to the neighbourhood three years ago, and I just bought a house in August, so I know I am going to be here for a while and I would like to improve the area and live in a nicer community.

“I hope this will help to improve everyone’s quality of life in Adamsdown.”

Jonathan Mcloughlin, 39, who lives in Constellation Street, joined the litter pick to help out his local community.

He said: “The rubbish is an issue for me and I feel to change it I need to get involved.

“It doesn’t matter that the litter pick is not on my street, I just hope that people notice what we are doing and want to get involved as well.”

Xenia Brunel, 53, came from Riverside, and said: “This is the first time I have been to a litter pick like this. A friend of mine told me about it, and I am glad I came to help out this area of the city.” Brewery Park in Adamsdown, after being visited by the Love Where You Live campaign.

Keep Adamsdown Tidy has been organising litter picks to coincide with Cardiff Council’s Love Where You Live campaign’s visits to the area, but they are considering doing litter picks on a more regular, monthly basis.

The council-led part of the campaign has been deep cleaning Adamsdown since Monday February 30, with a focus on the streets surrounding Clifton Street and Pearl Street, and the area around Stacey Primary School.