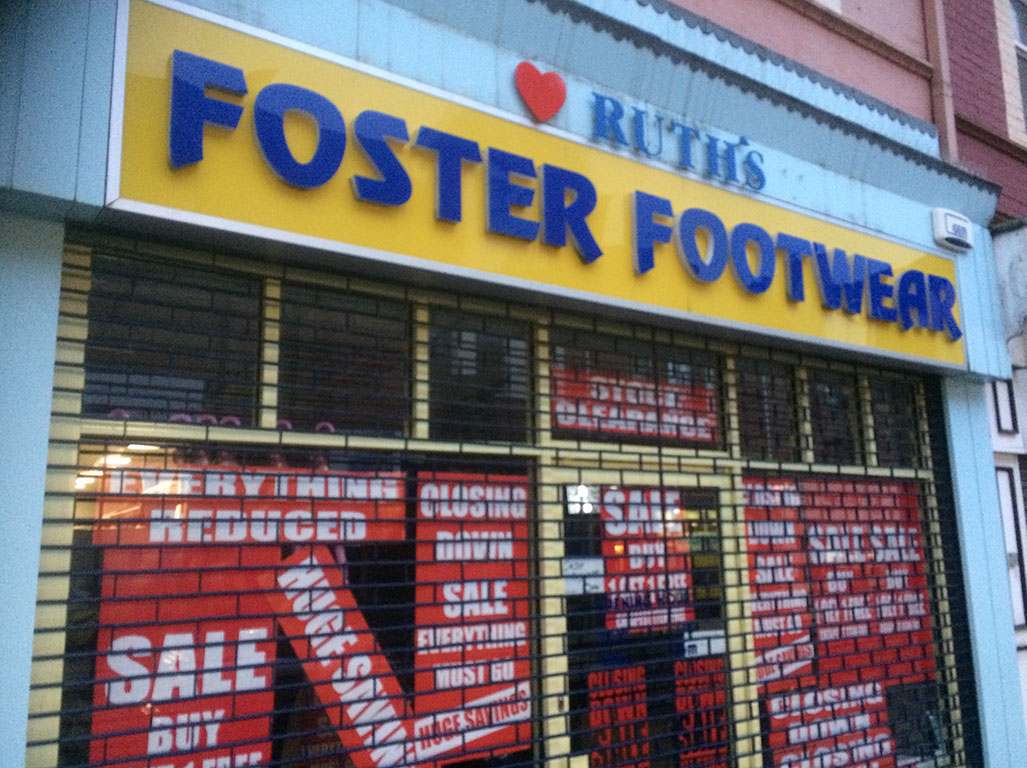 A SHOP that has been open for 34 years on Holton Road is closing because of dwindling numbers of shoppers in Barry town-centre.

Foster Footwear was founded in 1983 but the store is closing and moving online. The fall in numbers is being blamed on parking restrictions on the road.

Although it is free to park on Holton Road, parking is unavailable from 6am to noon Monday to Saturday and after that is limited to two hours.

Jill Thompson, 50, from Bridgend has worked at Foster Footwear for 20 years. She said: “The council is rubbish. Business has been worse since they put the parking restrictions in place.

“You can only park for two hours and you can’t park before midday. This means that we don’t have any customers until then and the day’s half gone.

“Over the past two years the town has been in decline. No one is coming to Barry anymore.

“You can see this in other ways too. There are more fights on the street. There’s a lot of drinking and drug taking too.”

Victoria Williams, 45, from Rhoose is also a employee of Foster Footwear. She said: “The town is not the same anymore. You can see it’s run down. All the shops are becoming franchises and bars.”

Other nearby shop owners are concerned. One woman, who wished to remain anonymous, said: “I’ve seen four shops close down in the last month. This road is going to be full of charity shops and pound shops. That’s when you know you’re in trouble.”

“The council cares more about attracting people to the docks. They want us out the way so they can build more flats.”

Kyle Malen, 30, from St Helen’s, Cardiff, an employee at JKS Jewellery, said: “The council don’t care about the small businesses. We’re struggling as it is. We’ve got an Asda with a jeweller’s on site with a free car park, so why would people want to come here?

“They built a car park for shoppers, but it’s always full of shop owners’ cars because there’s nowhere else to go.”

Vale of Glamorgan Council was asked for a comment.

Barry, Barry Town, parking, Vale of Glamorgan
You may also like