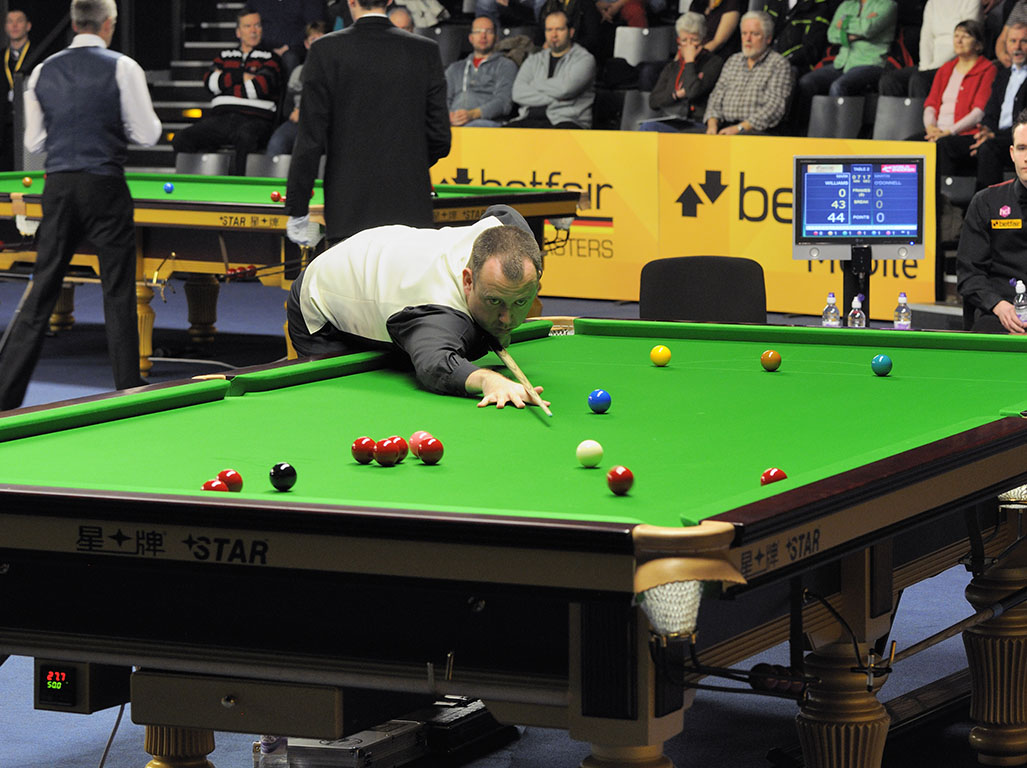 THERE will be three snooker players from South Wales competing in the first round of the World Grand Prix in Preston today.

Bridgend’s Ryan Day, 36, will kick off the Welsh interest at 1pm, before Cwm’s Mark Williams, 41, enters the fray at 3pm and Neath’s Jamie Jones, 28, rounds off the action at 9pm.

An easy passage into the second round could hardly be a more distant prospect for the Welshmen – each faces an opponent ranked inside the world’s top 10. Mark Williams, 41, from Cwm, takes on Joe Perry in the first round.

The greatest challenge is reserved for Ryan Day, ranked 24th in the world, whose quarter final showing at last week’s German Masters was his best performance at a ranking event since the Shanghai Masters in September 2016.

Day’s reward is an encounter with world number 2 Stuart Bingham, the 2015 world champion.

Williams will have to be at his very best to come out on top against the Englishman, whose stunning form at the Masters two weeks ago saw him defeat Stuart Bingham in round one before seeing off Ding Junhui and Barry Hawkins to secure a place in the final.

However, there is some hope for Williams’ fans.

The Cwm man’s performance in the first round of the Masters proved that he can still hack it with the big boys. World number 1 Mark Selby was mightily relieved to sneak a 6-5 victory against his veteran opponent.

In the final session of the day, world number 34 Jamie Jones goes head-to-head with a resurgent Marco Fu, ranked 8th in the world.

Jones will be seeking revenge for his narrow quarter-final defeat at the hands of Fu in the UK Championship two months ago.

However, since that meeting, Fu has put in some of the best displays of his career and claimed his second ranking title at Glasgow’s Scottish Open, beating four-time world champion John Higgins in the final.

If Jones is to progress, he must pass a stern test of his abilities.

The good news for Welsh fans is that, regardless of today’s results, there will be at least one Welsh representative in the second round.

Neath’s Michael White delivered an upset last night in knocking out world number 3 John Higgins. The 25-year-old, ranked 23rd in the world, secured a 4-3 victory against his Scottish opponent.

Dominic Dale, 45, was also in action last night, but the Penarth potter bowed out to world number 14 Liang Wenbo. Dale, ranked 21 places below his Chinese opponent, suffered a painful 4-0 loss.