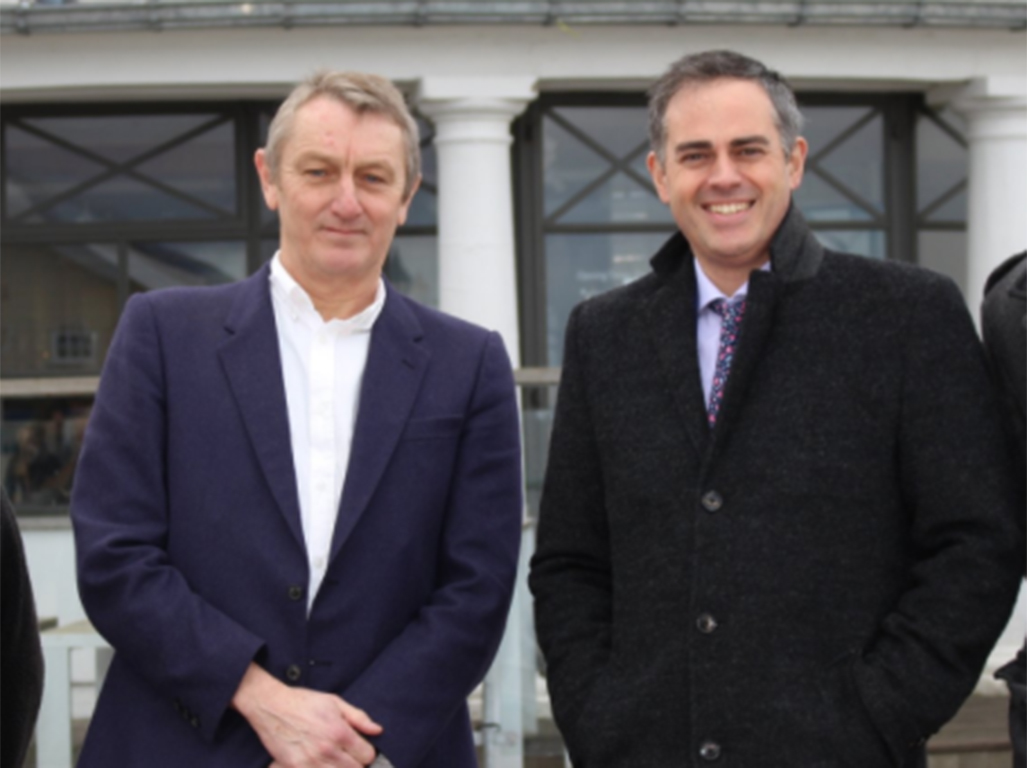 Mr Slaughter will be running for the St. Augustine’s ward in Penarth where he has lived for over a decade.

This week, he held a ‘Meet the Greens’ talk and street stall with Green Party co-leader Jonathan Bartley and spoke to residents about the issues his campaign will be focusing on. One of them was the problem of air pollution in the town, especially within the Cogan suburb.

In the past, Windsor Road in Cogan has been recognised as having particularly bad air quality due to high levels of traffic.

It is currently the only place in the Vale of Glamorgan where air quality is being tracked by an air-quality monitoring station.

“First Minister I’d invite you to walk though Cogan if you want to really experience poor air quality. It’s quite astonishingly bad there.” Mr Melding said during the session.

During this week’s event, Mr Slaughter explained the ways he would approach the issue if he was elected.

“The air pollution issue is a really tricky one. There’s not one simple answer to it – we obviously want better sustainable public transport. One practical thing that could happen, if the Vale council works together with Cardiff Council, is cleaner buses,” he said.

“Otherwise promoting things such as park-and-rides, increased cycling and increased walking. Make Penarth a better place to walk and cycle.”

Another key issue from Mr Slaughter’s campaign is the protection of the town’s trees and green spaces. Cosmeston Lakes Country Park, where the proposed wakeboarding centre will be.

There’s been growing concern over the possible commercialisation of Penarth’s parks and green spaces. Last December, a petition opposing a proposed wakeboarding centre at Cosmeston Country Park gained over 28,000 supporters.

Mr Slaughter explained he would work to protect the town’s green spaces and trees.

“I’m on the Penarth tree forum working with the town council to devise a program to maintain the trees because we’ve got some very good trees in Penarth and people do care about them,” he said.

“There are maintenance issues, sometimes they do have to come down. The Vale at the moment has a policy that for every tree that goes down, they plant one. We fight for a policy where it’s two for every one that’s replaced.

“The green spaces…I think we’re in a hard place because we can’t ignore the budget problems and with the cuts it’s going to get even worse. As a Green councillor I would work with the council and other community groups to defend the services, including green spaces and libraries because they’re often easy ones to go.

“For us, the green spaces and libraries are essential services too.”

Councillor Neil Moore, Labour leader of the Vale of Glamorgan Council, has spoken out to address the concerns that some Penarth residents have about the possible commercialisation of the town’s parks.

He said: “It’s true that cuts to our funding mean the Vale Council is looking for new ways to raise money to continue to invest in our much-loved parks.

“As already happens, all activities will be carefully evaluated and environmental bodies fully consulted.” “Anthony is clearly an activist. He works very, very hard. He’s been here for twelve years and works for a lot of people in the local community.” Mr Bartley said.

“He’s also got a great vision for the local area and he’s the kind of politician that people are crying out for, which is someone who isn’t a career politician but someone who just really cares about his neighbourhood.”

“It’s going really well. This is his third or fourth time running for different positions and he has been building up support. It would be phenomenal if he got elected.”