City barber shop to give free haircuts to the homeless 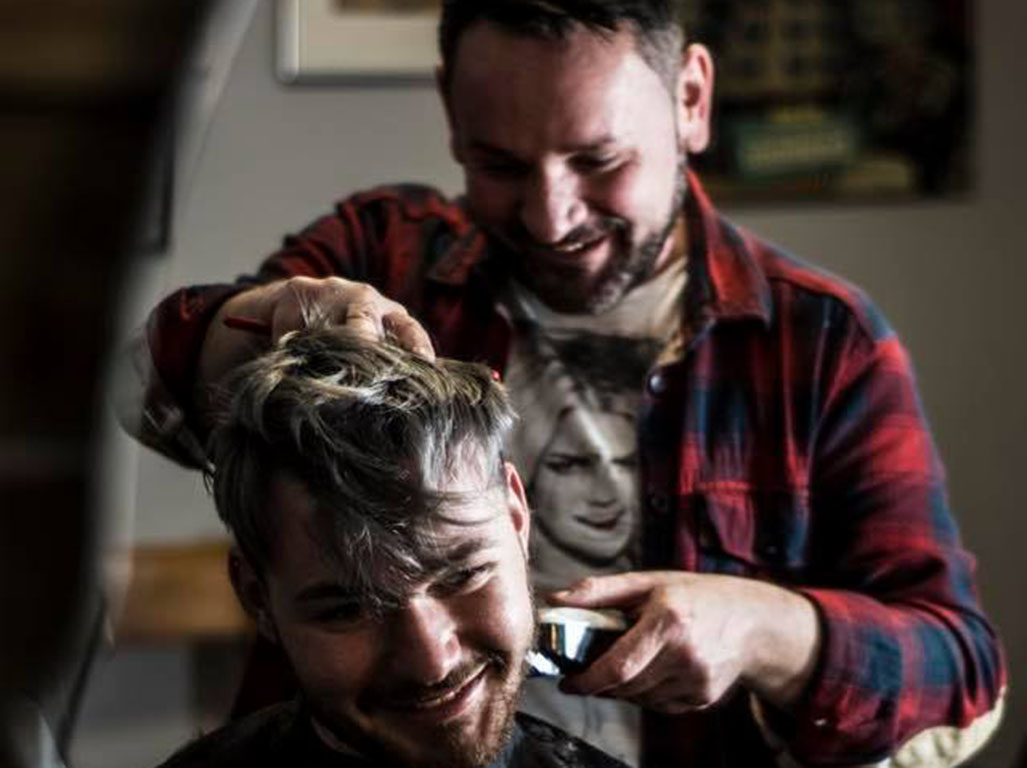 Barber Darren Flower hard at work with a regular customer at Man About Cardiff, Churchill Way.

A BARBER shop is opening its doors to the homeless for free haircuts on Monday.

Man About Cardiff, based on Churchill Way, will offer haircuts to the homeless for the whole day and, if it goes well, will then make it a monthly event.

Darren Flower, 35, lives in Canton and is the manager of the shop. He said: “Before moving to Canton I worked in Whitchurch and hardly saw any homeless people. I didn’t realise how bad it was.”

Mr Flower contacted local homeless centres about the event and the Huggard Centre, a homeless shelter based in Cardiff, answered.

“The Huggard Centre have said they will bring some homeless people to the shop and I expect it to be busy,” said Mr Flower. “But I’m not sure [about the future]. We’ll see how Monday goes.”

Man About Cardiff opened last July and is part of Media Academy Cardiff (MAC), a not-for-profit organisation that helps young and disadvantaged people.

The barber shop is its latest project and the event for the homeless follows other schemes in the arts and criminal justice sectors.

Sam Heatley, 28, from Rumney, is a manager for MAC. He said: “We opened Man About Cardiff after we saw a gap in the market. There are a lot of beauty salons for girls but there’s a lack of placements for boys interested in barbering.

“We want to teach young people skills that will help them in later life and give them opportunities that aren’t necessarily available to them. The event for the homeless is entirely Darren’s idea but it’s the kind of thing we like to do.”

Mr Flower joined MAC and became manager of the barber shop in November. He said he was attracted by MAC’s vision: “I enjoyed my job at HQ in Whitchurch but MAC is a great company to work for. It’s a more rewarding experience.”

Jenna Smith, 31, lives in Cardiff and is one of the barbers at Man About Cardiff. She was surprised by the number of homeless people she saw around the city centre and was one of the drivers behind Monday’s event.

She is also one of the volunteers at the shop and teaches the young barbers.

She said: “Helping others is always a good thing. I worked in a salon when I was 13 and so I come from a similar background.”

Man About Cardiff has currently trained five young barbers through the scheme.
The shop will be open on Monday, February 13 from 10am to 6pm.

barber shop, charity, haircut, homeless
You may also like