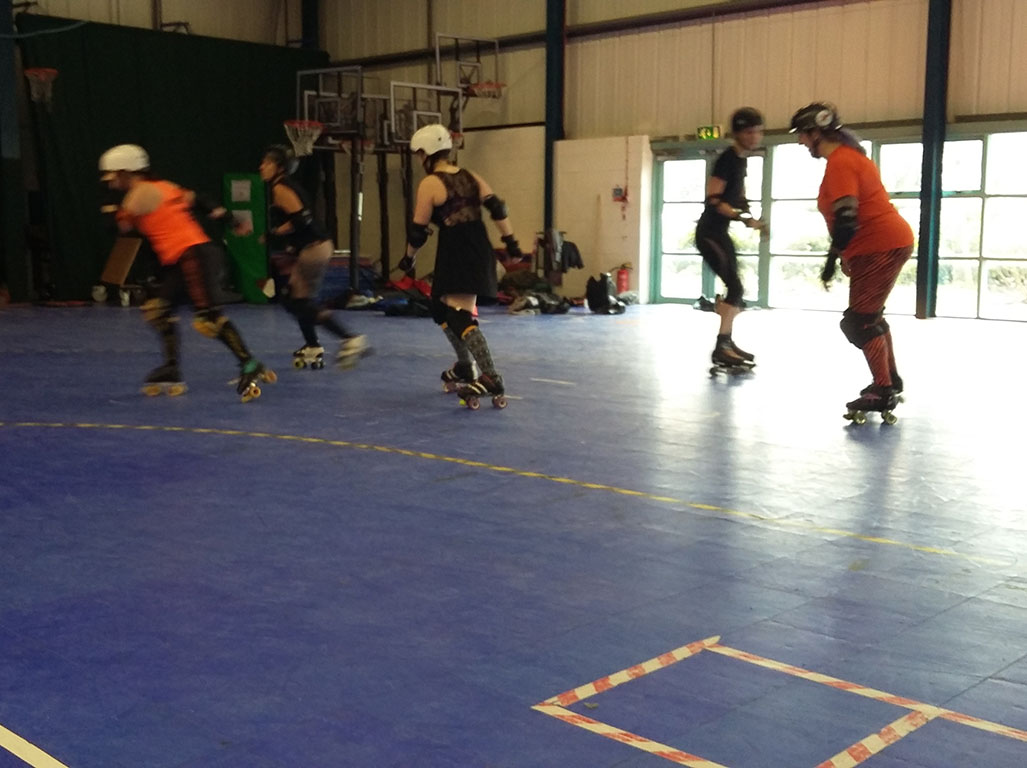 A CARDIFF roller derby team which is ranked among the best in Europe has been told to leave their home venue by the end of next month because the council is selling it.

The Tiger Bay Brawlers, who are ranked 16th in Europe and 6th in the UK, have been playing and practising at the Cardiff Central Sports & Community Centre for six months, but have until the end of March to find another venue.

Head coach Pip Gray said: “As an amateur sports team it’s been really difficult. We raised funds for the floor and now we have to go. It’s been heartbreaking.

“We’re approaching this really exciting period because our league is getting bigger, but we also have no idea where we’re going to go.”

According to the Brawlers, at first the team weren’t aware that they would lose their venue, just that the land, which is owned by Cardiff Council, was to be sold to Brain’s brewery.

A spokesperson from the Council said: “Cardiff Central Youth Club will be able to stay in the former tennis centre in Ocean Way. This position hasn’t changed and will be secured by a 10-year lease.”

However, because the leases to sports teams are signed between the team and the youth club itself, this means that the Brawlers are unable to remain at the centre.

After the end of March, the future for the Brawlers is unclear. A petition to save the community centre has reached 3,327 signatures on change.org. Two members of the Tiger Bay Brawlers practising at the community centre, on their team-funded floor

The team moved to the community centre after training at Cardiff City House of Sport, where they had to train in a space meant for roller hockey, which uses a different type of flooring to roller derby and can be unsafe for roller skates.

The Brawlers were formed in April 2010, and are currently Wales’  only WFTDA (Women’s Flat Track Derby Association) global roller derby team. They’ve played teams in Europe and the US, most notably taking part in the 2014 East Coast Derby Extravaganza.

Their next match is on February 26th, where they will be facing fellow Tier 1 team Leeds Roller Derby at Cardiff Central Sports & Community Centre in a double header alongside Birmingham Blitz Dames and Bristol Roller Derby.

The petition to save the Cardiff Central Sport Community Centre can be found here: https://www.change.org/p/save-cardiff-central-club

So what are the rules of roller derby?

One of the biggest draws to roller derby is the fast pace of the games.

Every roller derby team can have up to 14 players, with five players on the track at any time. Each team has two types of players, called ‘jammers’ and ‘blockers’. This group of five players is called a ‘pack’.

Each group of five players has one jammer and four blockers, and the role of the jammer is to lap the members of the opposite team after making their way once around the track.

Each player passed is a point, and during this the blockers try to block the jammer by making contact with their upper body. This is known as a ‘jam’, and only lasts up to two minutes.

The whole match is played in two 30 minute segments. 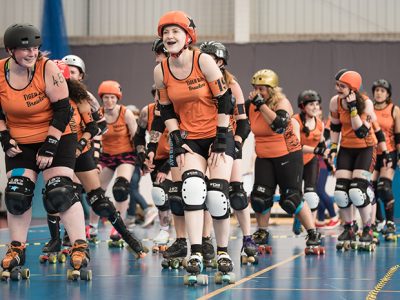 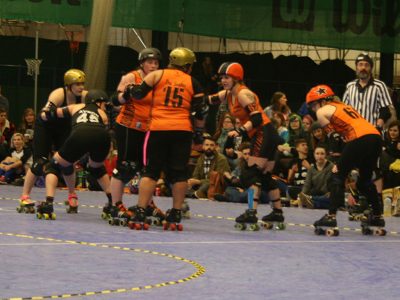