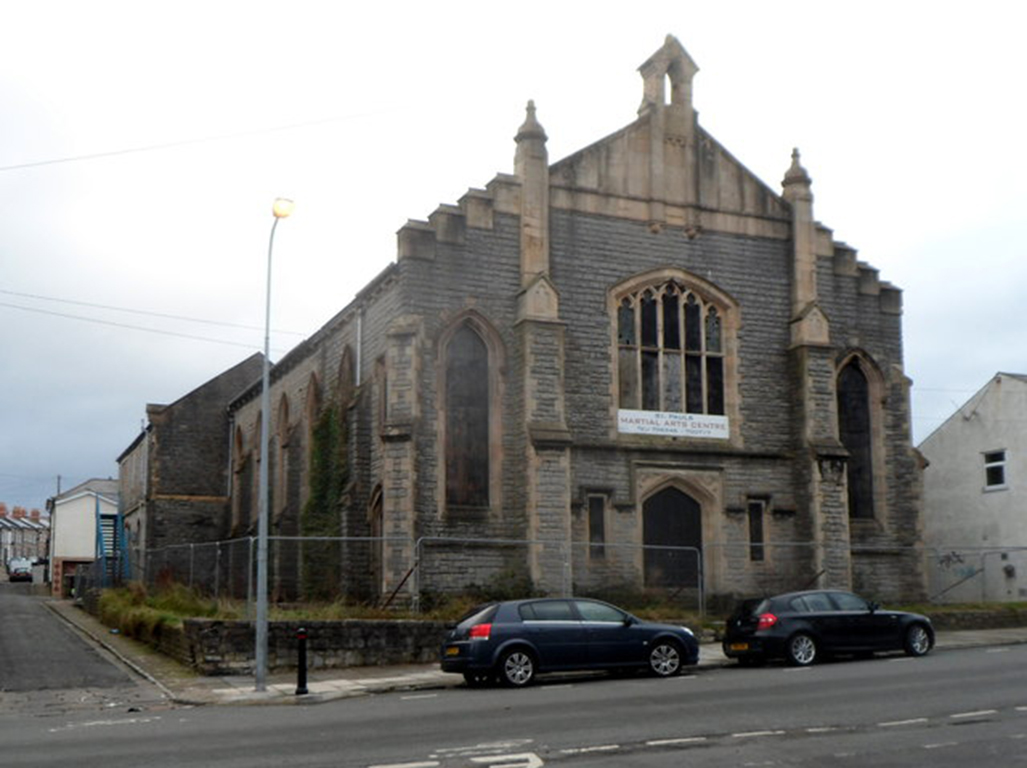 The derelict St Pauls Church in Penarth has been abandoned since 2011.

The Vale of Glamorgan Council has confirmed plans to turn the derelict church on Arcot Street into both social housing and new community facilities.

The church was originally the site for a gymnastics club and Penarth ABC, an amateur boxing club, until 2011 when they were forced to move by the council due to the poor condition of the building.

The boxing club, which has been in Penarth for over 100 years, then had to re-locate to Station Road, where they are still based.

Neil Munn, manager of the boxing club, argued that the council’s treatment of the club was unfair. “Even now I’m staggered when I think about it. They were horrible.” he said.

Mr Munn went on to say the council boarded up the church while he was abroad.

“They let me come in once more to move the ring and pictures out. It was very personal, I cried,” he added.

Since then, plans to set up a community centre at the site have fallen through.

In 2013, a survey was carried out to find out what Penarth residents wanted the church to be used for. 62% of respondents wanted the two sports clubs to return to the church, while the remaining 38% were in favour of a mixed-use community facility.

However, the Vale of Glamorgan council has now decided to sell off the property to one of four social housing enterprises in order to develop a community facility.

Mr Munn remains skeptical that the renovated site will be used to provide the community with the facilities they once had at the church.

“I don’t know how they are going to make it work,” he said.

At a cabinet meeting on Monday Councillor Gwyn John, cabinet member for visible, leisure and regulatory services, was optimistic that the new plans for the Church would benefit the community.

“This is an excellent offer for the future,” Coun John said during the meeting.

It’s got to be sorted once and for all. We’re tried every way to do this. We’ve received a lot of flak from the public which was not justified.”

However, Mr Munn argued that the negative reaction from the public was reasonable and was critical about the council’s treatment of the historic club.

“It was definitely justified.” he said. “If the council went up into the town centre they would get a lot of flak from the whole community.”