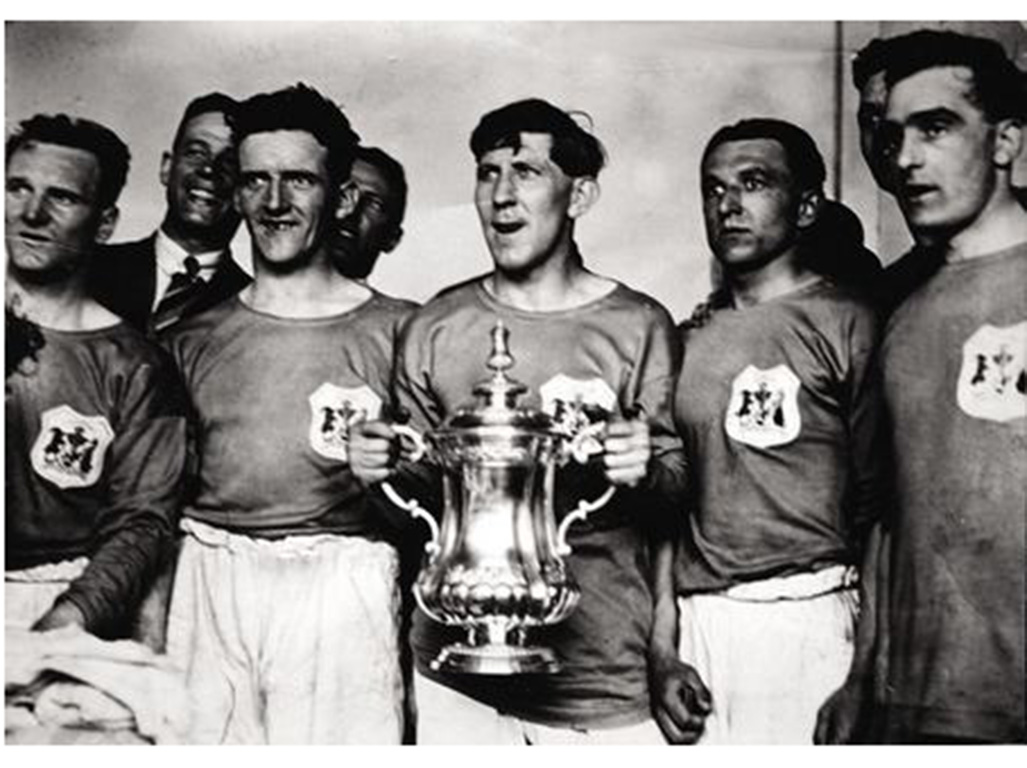 It is now 90 years since the Bluebirds lifted the FA Cup, the only team outside of England to do so.

The exhibition, which opens tomorrow, will display memorabilia such as winners’ medals belonging to captain Fred Keenor and winger Ernie Curtis, players’ shirts, official match programmes and a replica of the FA Cup itself.

Cardiff City won the historic title, the only time the FA Cup has been won by a team outside England, on April 23, 1927, defeating Arsenal 1-0 at Wembley.

The winning goal was scored by Cardiff’s Hughie Ferguson, in front of a crowd of 93,000 which included King George V, David Lloyd George and Winston Churchill, not to mention legions of Welsh fans who made the trip to Wembley to support the underdogs.

Cardiff had made it to the final in 1925, but lost to Sheffield United by a single goal scored by Fred Tunstall. Executive director and CEO of Cardiff City Football Club, Ken Choo said: “We are delighted to support this community-themed celebration of our FA Cup win in 1927.

“The 90th anniversary of our victory is a perfect time to reflect on the achievement of that side captained by the incomparable Fred Keenor. We are so proud of this important chapter of our history and it continues to be an inspiration to players and supporters alike.”

Coun Peter Bradbury, cabinet member for community development, co-operatives and enterprise, said: “As a lifelong fan of the Bluebirds I am delighted that Cardiff Story Museum are celebrating the club’s greatest achievement in this way.

“What Cardiff City Football Club did on the 23 April 1927 is something the whole of Wales should be proud to celebrate. “Alongside the exhibition there will be football-themed family fun days at the museum so I urge everybody to get in touch and be a part of this timely celebration.”

The exhibition will be free and will run from March 4 to September 4 at Cardiff Story Museum in The Old Library in the centre of Cardiff.