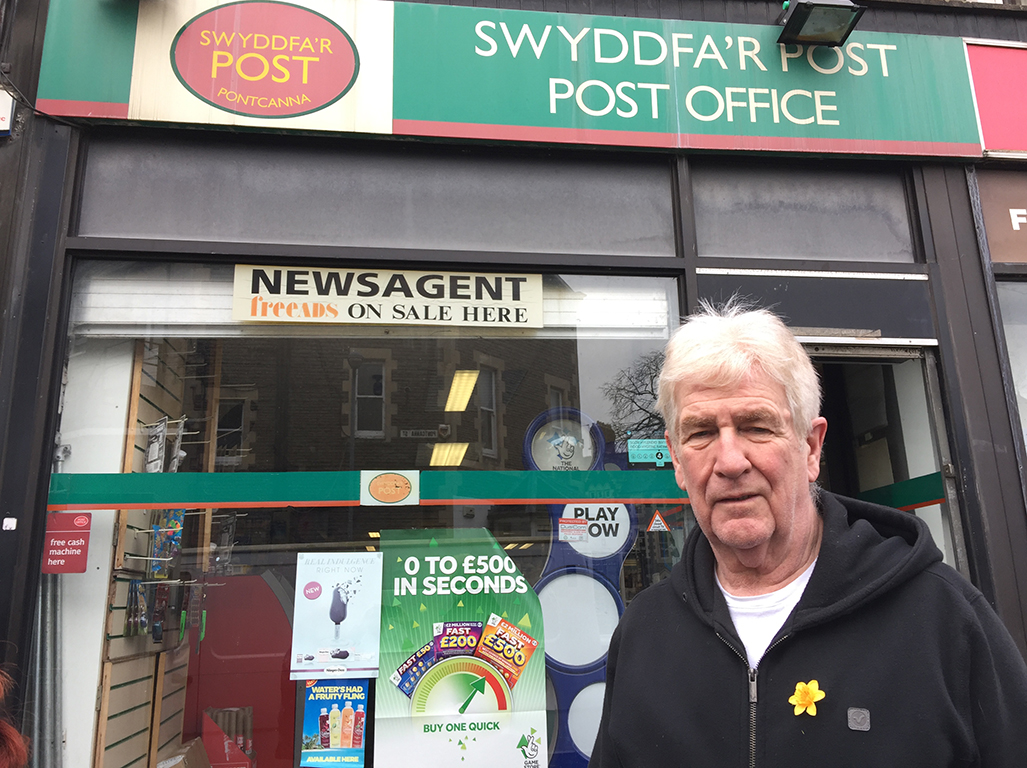 MORE than 1,000 people have signed a petition to save the Pontcanna post office after the Co-op broke its agreement to keep the service on the premises.

Residents and business owners in the Cardiff suburb are angry that the Co-operative Group reversed plans to retain the post office service as part of a plan to take over the business.

The Co-op originally submitted a planning application to Cardiff Council stating that the “services currently provided by the post office will be retained within the proposed Co-op food store. Accordingly, there will be no detrimental impact to the local public in terms of loss of or disruption of postal services”.

However, the business has now said it no longer plans to retain the service.

A spokesperson for the Co-op said: “We were keen to maintain a service. However, following discussions it has not been viable to retain a post office which offers the counters and services which the Post Office deems necessary.

“The planning application submitted on our behalf was not accurate and we would like to apologise for this.”

Elin Wyn Williams owns Bant a la Cart, a delicatessen and catering service on Cathedral Road near the post office.

“From people who come into the deli, the feedback we have had is that those people use the post office because their service is fantastic. That shop has always been a post office. Once you lose a hub of the community there is a domino effect,” said Mrs Williams, 47, from Victoria Park.

She added: “I would like to see the Co-op reconsider. Everything has to change but when somebody says one thing and then goes back on their word it is a different ball game.”

Business owners also raised objections to the fact there is already a Co-op food store 300m down the road.

Darran Driscoll owns D J Driscoll and Sons on Cathedral Road, a family butcher which has been in the family since 1945. D.J. Driscoll & Sons family Butchers has been in Darren Driscoll’s family since 1945.

The 45-year-old from Fairwater said: “It seems a bit ridiculous, two Co-ops selling exactly the same things that close to each other. I hope it will not affect my business but it is another important part of the area that will be gone.

“There has always been a post office there. The closest one after that is in Canton. There are a lot of elderly people who live in this area who rely on things like this.”

Allan Westlake, 68, from Pontcanna, said: “I have signed the petition to try to get it to stay open. Pontcanna is a small little place and it has got a village atmosphere and now we are losing that.

“As far as the Co-op is concerned they are saying they do not want it in here but they have a lot of other post offices in other stores around the country.” Allan Westlake says Pontcanna is losing its village atmosphere due to small businesses closing down.

According to the Co-op, there are 11 post office services in their food stores in Wales.

Pontcanna Stores, which contains the post office, has been run by brothers Rashmi and Dilip Patel since 1995. They have owned businesses in Pontcanna since 1985 but are now selling the shop after deciding to retire.

Labour councillor Iona Gordon, of Riverside ward, said: “The community feels the Co-op should do more to retain the post office. I don’t think it’s enough for them just to say it doesn’t make sense commercially.

Coun Gordon said the Post Office had asked other retailers in the area if they were interested in taking over the post office service. So far, however, no one has come forward.

The consultation period for the Co-op Group’s plans ends at the end of next week.