Meet the Ely men who have outgrown their shed 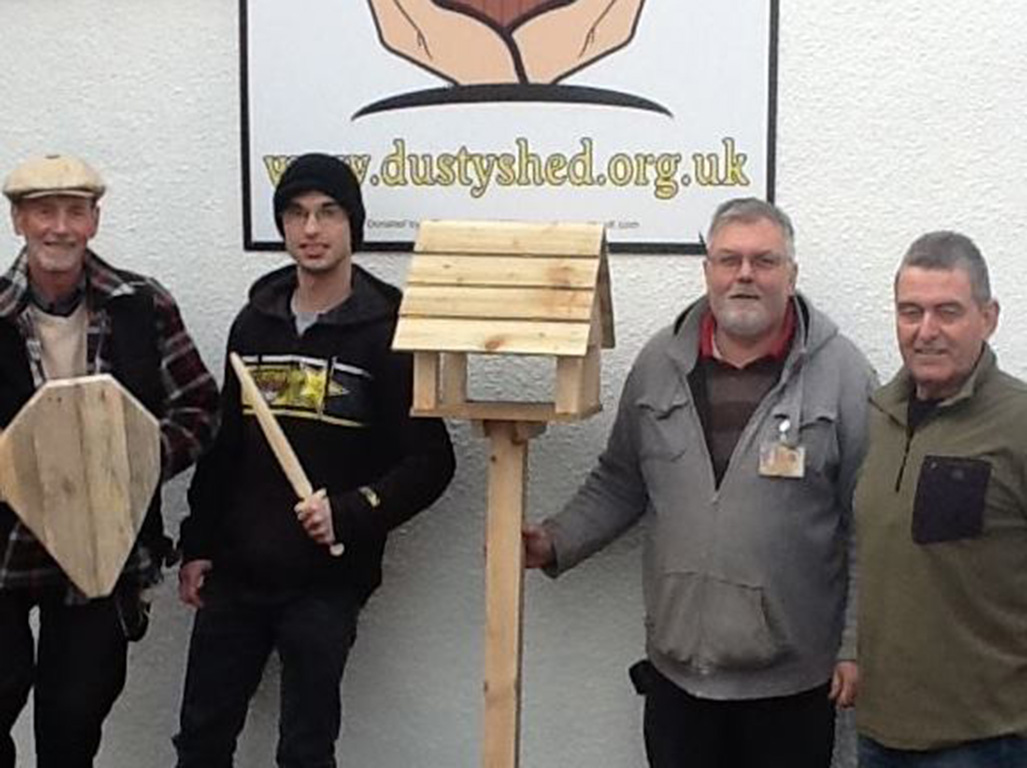 As Ely’s newest charity looks to expand, The Cardiffian spoke to a group of men who spend their time drinking tea and building castles in a very special shed

AN Ely charity is looking for a new home, after outgrowing its headquarters five months after opening.

Launched in November, the Dusty Shed provides a space for men to work together on carpentry and woodwork projects.

Previously a disused betting shop on Cowbridge Road West, the specially converted workshop now allows people of all ages to get out of the house and learn new skills.

“It’s for guys with time on their hands. It could be for whatever reason, if you’re between jobs or just retired, going part-time or just to get out of the house,” said Dusty Shed founder Dave King.

“The only thing we ask is that you fit in with our ethos of everyone being inclusive, being supportive, and helping each other out,” added the 53-year-old from Cardiff Bay.

“It’s for blokes who have time on their hands and don’t want to walk the streets,” said Phillip Jenkins from Caerau Lane.

“Everyone who has come so far has helped out with the projects we’ve got, even Sid who’s 86 is doing the painting,” said the 66-year-old.

After expanding its opening hours, the Dusty Shed runs four days a week including tool restoration workshops on Thursdays.

Now with 15 members signed up, the group are looking for a headquarters up to ten times bigger. “We’re getting inquiries at an average of two people per week who like to come down and see what we’re about. That’s actually without doing any advertising or publicity at all so I think that shows there is a real demand for this,” said Mr King.

“Our next step is to grow what we’ve got, we’re looking for a much bigger building already something in the region of five to 10 times bigger than what we’ve got.”

Moving to larger headquarters will allow the group to take on electrical projects and start a repair cafe. This will allow the charity to fund themselves by selling up-cycled items.

For their first project the group are building an six-foot-tall wooden caste to exhibit at the RHS flower show next month. With help from the community garden group Cardiff Grow, the display will include a wooden castle and peasant hut accompanied by flowers and plants. However finding room to complete the project is proving a problem.

“It’s just too small and we’re not advertising yet. If we’re more than eight or nine in here then we’re overflowing and we could top that easily,” said Mr Jenkins. “It’s not just us that suffer with this, there’s a new shed getting off the ground in North Cardiff near the Heath but again they’re really struggling to find a premises,” added Mr King.

“The economy in Cardiff is petty good and therefore there isn’t necessarily that much space which is affordable.” “We get people from all walks of life really. They don’t necessarily have to be skilled carpenters because we’ll teach them what we know,” explains carpenter and Dusty Shed volunteer Michael Buck.

“Some of it is just confidence-building for people who have been off work for a long time,” added the 53-year-old from Western Drive, Llandaff North.

“If you’ve been off for a long time it can be quite scary going back into the workplace. This gives people the opportunity to get back amongst others.”

For 48-year-old Andrew Power, working at the Dusty Shed has taught him to work in a team.

“I was told about the Dusty Shed by the job centre. I’ve been doing building work on and off for the last 20 years,” said Mr Power, from Cowbridge Road East.

“Here you get used to being around others. Working with a lot of people is something I haven’t done before. It’s great fun.”

However working at the shed is more unfamiliar for others.

“I was forced into retirement because of health problems. I’ve got no practical skills, I learn from watching the boys,” said former business manager Neil MacSorley.

“My father was a chippy. He bought me a jigsaw when I was small but I couldn’t cut a straight line. If he was around to see me now he would be proud,” said the 63-year-old from Caerau Lane.

“A lot of the time we spend chatting, having cups of tea and planning things.”

“I’ve been here since just before Christmas. I did carpentry in school and college and I’ve wanted to pick it up again for two years. I didn’t know anywhere where I could actually do it,” added 27-year-old Alex Toby from Grangetown Park.

“It’s a good space to work, I get out of the house,” added the part-time Ikea worker. “It’s good to chat to people and have a cup of tea and do some carpentry and grafting.

“A lot of the time we spend chatting, having cups of tea and planning things.”

For more information about the Dusty Shed contact Dave King on 07795 640324 or see the image below.