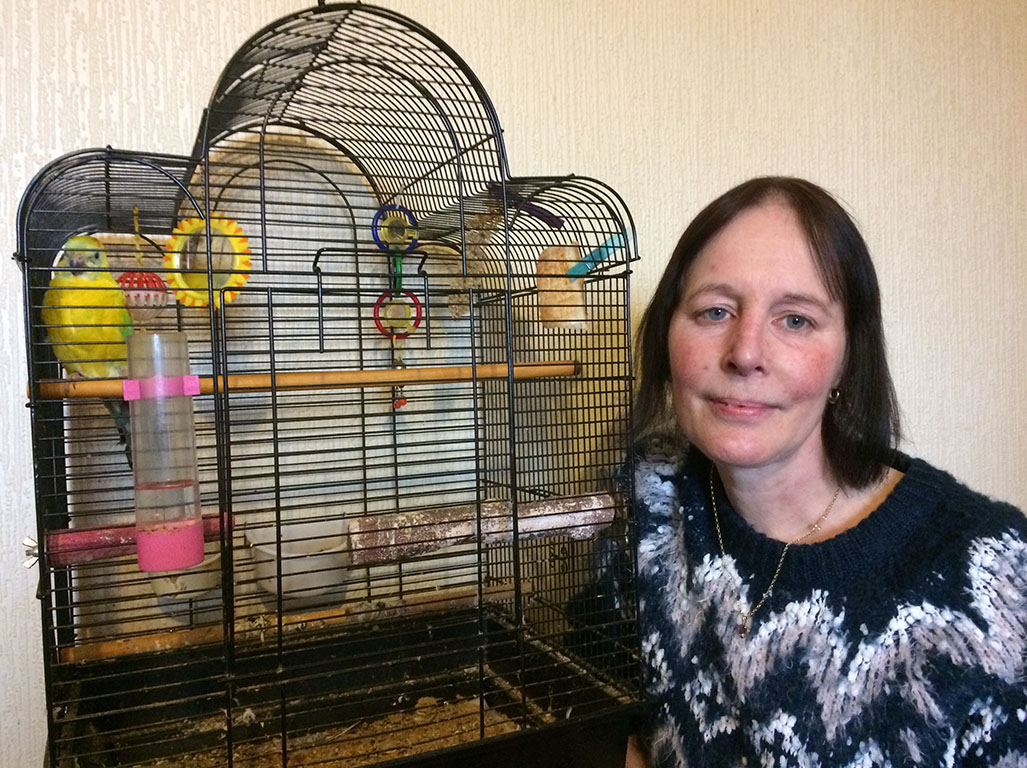 A WOMAN suffering from cancer went into a burning building to save her pet budgie and tried to rescue her neighbour, despite recovering from having half of her lung removed.

The rescue attempt happened on Saturday when a fire broke out in a ground floor flat at Campbell Court, on Dockview Road, Barry. Tracey Davies, 52, who lives in the flat directly above where the fire started, was initially evacuated, but then decided to go back into the smoke-filled building to rescue Angus, her beloved pet. “My neighbour heard the fire alarm going off,” said Tracey. “He knocked on everyone’s door and shouted to get out.”

As residents assembled outside the building and waited for the fire service, Tracey’s sister, Gale Summers, 55, from Woodlands Road, Barry, arrived.

She said: “I didn’t know there was a fire. I turned up and saw black smoke and everyone stood outside.

“I found Tracey and she was really worried about her bird. She said she wanted to go back inside to rescue it.

“We went into the building and couldn’t see a foot in front of us, the smoke was really, really bad. We went to her apartment but couldn’t open the door. So, Tracey tried to break the door down but it didn’t work.

“We just about got back down the stairs and when I got outside I was really sick from the smoke inhalation.

“The emergency services hadn’t arrived yet and we realised that there was a man still inside the burning flat. So my sister then scaled the railings on the front of the building and tried to open the window to get him out.”

As Tracey did this she burned her hand and the window next to her exploded from the heat. “I tried to open the window to rescue him,” said Tracey. “But the heat was so intense that it blew the window out.”

Tracey’s mother, Sandra Henbry, 74, came to the flat as soon as she heard about the fire. She said: “I care for Tracey because she has cancer and has had half her lung removed as a result of her treatment.

“She phoned me up and I thought she wasn’t very well, but then I realised what was going on. I told her not to try and open the window. She’s very lucky to be alive.”

The emergency services arrived within 20 minutes and put the fire out. Tracey’s hand was treated by paramedics and when she was allowed back into the building she found her pet bird, Angus, to be alive and well. From left to right, mother and daughters Gale, Sandra and Tracey Tracey and her pet bird Angus

However, not everyone was so lucky. When the fire service entered the bottom floor flat they found a man unconscious.

A manager at Barry Fire Station, Richard Hassett, said: “We were called to a fire at Campbell Court. The crew entered the flat to rescue the resident and worked with the paramedics before he was taken to the local hospital.

“He had a pulse and was breathing. That was because of the actions of the paramedics.” 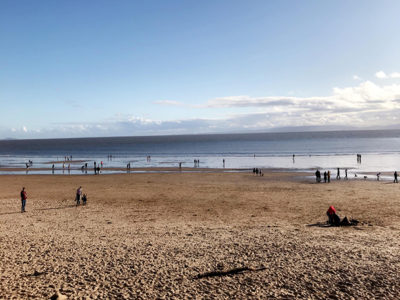