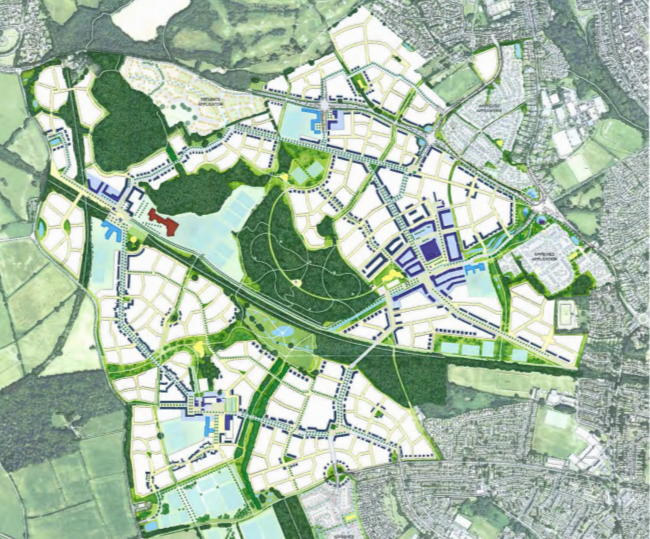 CONCERNS have been raised about plans for the new schools in the controversial Plasdwr ‘garden village’ which is being built on the outskirts of Cardiff.

Councillors argue that there is a £12m shortfall in the budget and local schools will bear the brunt of oversubscribed places until a new secondary school is built in the final phase of the project which is aimed to house 22,000 people in 5,970 homes.

Plans for the major development in Cardiff West were given the go-ahead on Wednesday March 15 – but councillors, residents and teachers have expressed their concerns.

The plans include  three local centres providing shopping facilities and a district centre which will include two grocery stores and a health centre.

Four new schools, including three primary schools and one secondary with a sixth form, will also be built with a budget of £36.5m and will cater for around 2,255 pupils. However, Councillor Graham Thomas, councillor for Creigiau & St Fagans, argued that this is not enough and that there is a gap of £12m.

He said: “There is a £36.5m contribution for the building of four schools in this development, I contend that this isn’t enough.

While there is no budget for the building of the secondary school, Coun Thomas said: “Taking as a minimum the cost of building a primary school, but in reality the cost for a secondary school is going to be higher, the estimate is £24m – giving a combined cost of £49m with a shortfall of nearly £12m on the schools alone. Who picks up the bill?”

Concerns have also been raised about the secondary school, which is not planned to be built until the final phase of the development.

Coun Thomas said: “What happens to the pupils of these new schools before they are built and what will be the cost of allocating these pupils to other schools, and who will bear the cost?

“This is particularly crucial for the secondary school as their school will not be built until the end of the development.”

Aled Williams, 35, progress leader and attendance officer at Ysgol Plasmawr, a Welsh medium school in Fairwater, said: “This worries me. We are over-subscribed and our year seven class is oversubscribed for the third year.

“On a yearly basis we have had parents appealing to get into school and it’s a worry because we don’t know what’s going to happen with the development which is right behind us. We don’t know where these students are going to go.”

The development will be built in seven phases and is expected to be completed in 2026.