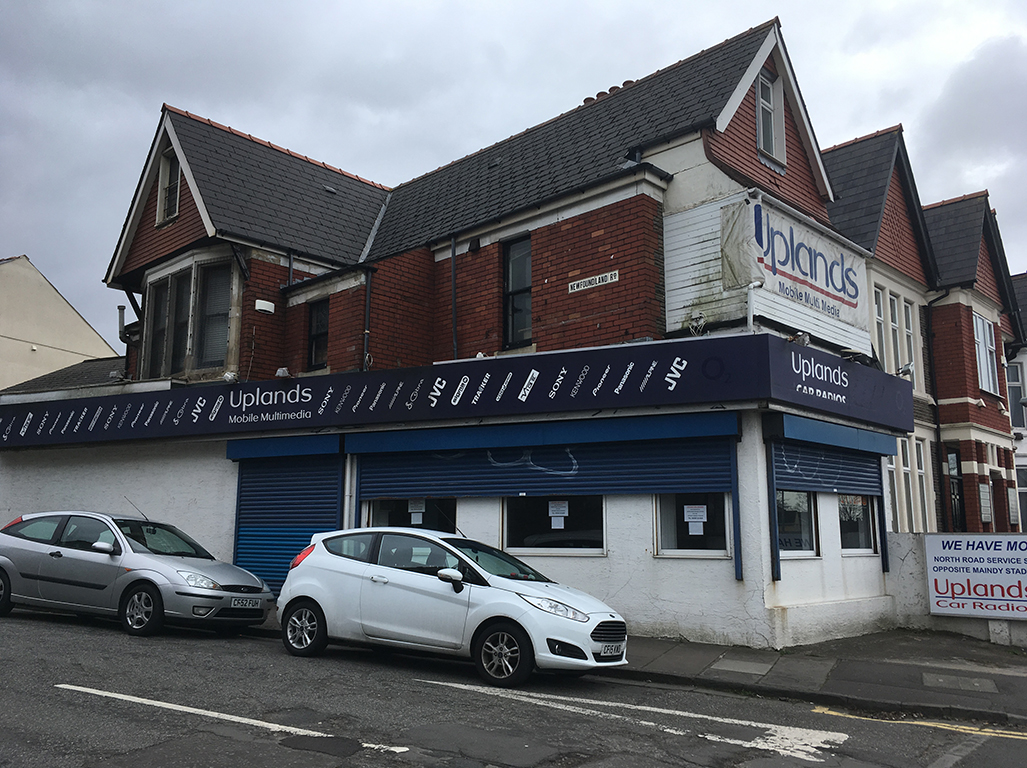 A FORMER car radio shop on a busy Gabalfa road will be turned into flats, despite concerns from residents over parking.

The site of the old Uplands shop is on the junction between North Road, a busy artery in and out of the city centre, and Newfoundland Road, a residential street in Gabalfa. It is also next door to a doctor’s surgery.

The “dilapidated” building will now be turned into six one and two bedroom flats after the council’s planning committee unanimously approved the plans put forward by Greenmaple Projects on Wednesday. The building was described as “dilapidated” by Coun Adrian Robson

But there have been concerns from residents and the doctor’s surgery next door about the site over the impact these new homes will have on parking.

Residents told the council that the development needs eight new parking spaces, which there is currently not room for. People who live on Newfoundland Road often struggle to park close to their homes as it is.

They also said there were only six spaces available for patients at the doctor’s surgery, which already causes problems for people with limited mobility.

Councillor Ed Bridges, Liberal Democrat for Gabalfa ward said: “The council’s own parking supplementary planning guidance makes it clear that in non-central areas of the city such as Gabalfa ward, provision should be made for at least half a parking space per one-bedroom or two-bedroom flat. In addition, there should be 0.25 spaces per flat for visitors.

“By those standards, this development should include provision for a total of five parking spaces, but has failed to do so.” Julie Morgan, Labour AM for Cardiff North, also objected to the plan, saying: “I understand that parking is already a problem on Newfoundland Road and having at least 6 more cars needing spaces will cause even more problems.

“Patients attending North Road Medical Practice currently park on Newfoundland Road – the only accessible place to park within close proximity to the surgery. If those spaces are taken up by the residents of the new flats, patients (especially those with mobility problems) will have great difficulty accessing the surgery.

“The lack of parking for cars will cause tremendous problems to other residents and North Road Medical Practice.”

The council believes the planning application deals with the issue saying: “The concerns regarding parking are considered to be addressed.

“There would be a dedicated disabled parking bay for the doctors surgery on Newfoundland Road.”

Councillor Adrian Robson, Conservative for Llanishen said: “This will start to bring that little corner back.”