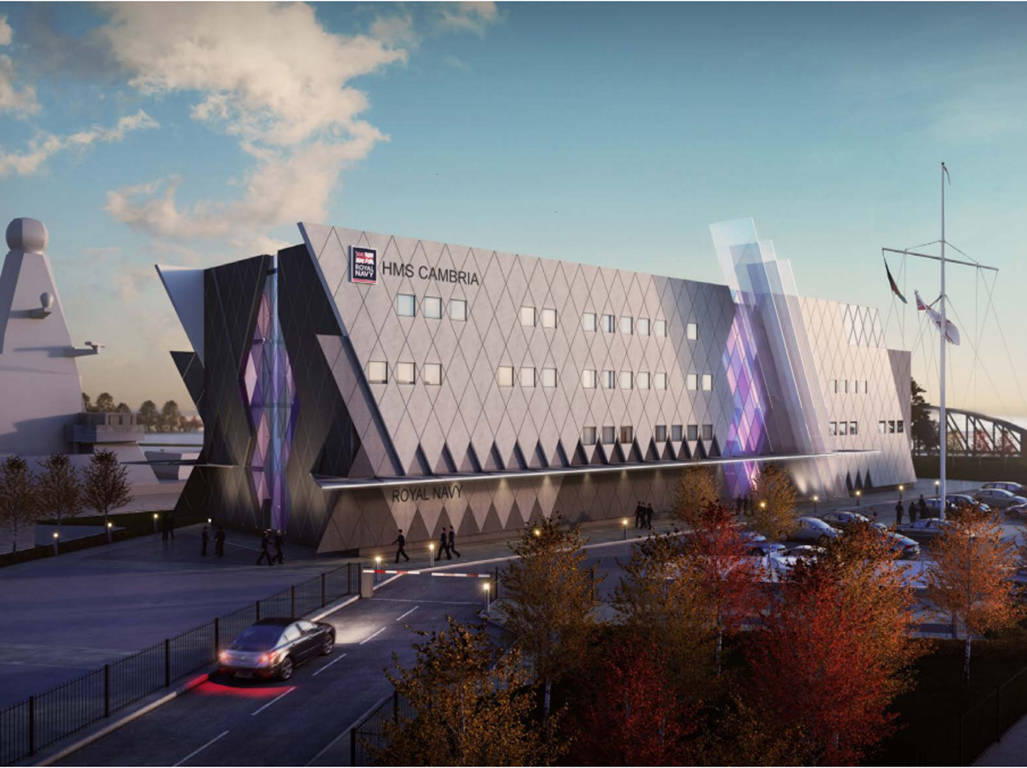 A planning application has been submitted for a site on Cargo Road which will provide state-of-the-art training and classroom facilities, accommodation for 50 people and social and fitness suites for the Royal Navy Reserve, Royal Marine Reserve and the University Royal Naval Unit.

In addition, the new 4,659sqm facility will provide easy access to the waterfront and docking facilities for visiting warships.

HMS Cambria is currently based in Sully on the outskirts of Barry, but a new permanent home with modern facilities is needed because there is limited public transport nearby and there is no access to water. HMS Cambia is currently in Sully, but there is no access to a waterfront for visiting ships. Credit: Google Maps

The proposed site, which is close to the BBC Roath Lock studios, is also a part of the historic Cardiff Docks, which was originally home to HMS Cambria until 1980 when it was relocated to Sully.

Vice Admiral Jonathan Woodcock OBE, The Second Sea Lord, said: “I am delighted to announce the development of a Reserve Hub in Cardiff Bay.

“The Royal Navy has a strong connection to South Wales and this investment reflects the Royal Navy’s continues commitment to the area.”

Ffyon Davies, 22, of the Wales University Royal Training Unit, said: “It’ll be great to have a modern unit right next to the water in Cardiff Bay and it will provide a great 21st Century training facility for both reserves and full-time.”

“Hopefully it will attract more students to find out more about the Royal Navy and the Wales University Royal Naval Unit,” she added. The new build will also provide ten full-time jobs, as well as being a centre for training and recruiting for the Royal Navy, the Royal Marine Reserves and the Royal Navy Reserves. All three units will be recruiting new members once the site opens.

Commander Steve Fry said: “I look forward to welcoming many more Reservists into our new site which will be a professional and welcoming environment for many years to come.”

However, Nasir Adam, a Plaid Cymru candidate for Butetown and Cardiff Bay, said: “The consensus I am getting from the community is that they were not consulted and don’t know how this will benefit the community in terms of employment and opportunities.

“Although they welcome the development, they would like to see tangible employment opportunities for the local community.”