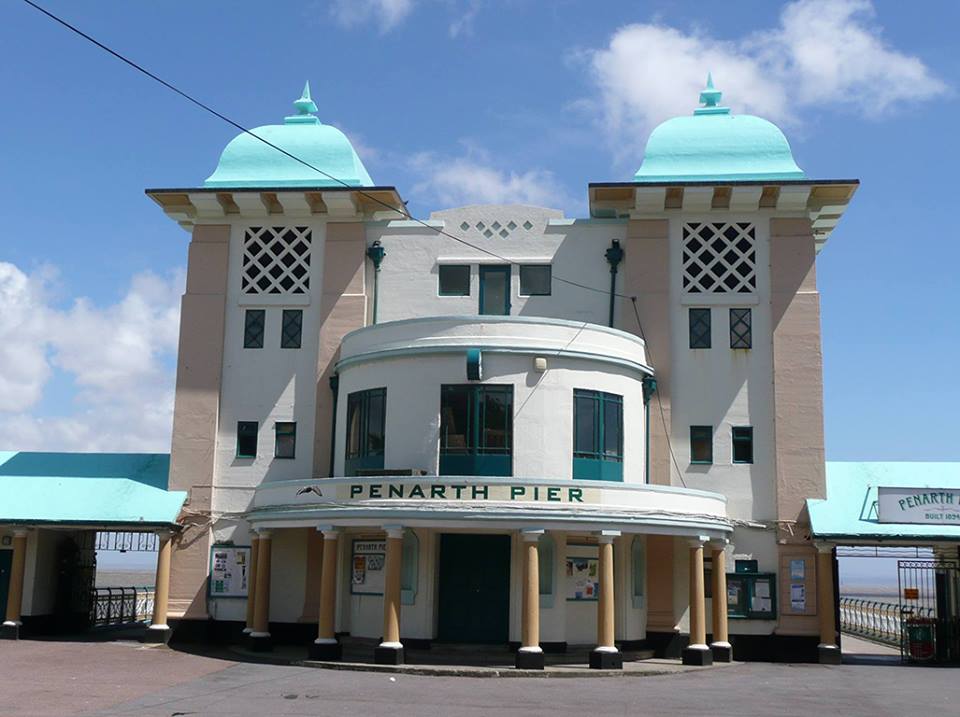 Residents met at two public meetings this week to discuss the future of Penarth Pier Pavilion.

THE future of Penarth Pier Pavilion was discussed in two public meetings last night as concerns over its management continue.

Earlier this month, Penarth Arts and Craft Limited (PACL), the charity which runs the pavilion on Penarth’s treasured pier, unexpectedly announced that its cinema would be closed for the summer season. It also revealed that the building would no longer be open from Monday to Wednesday.

In a statement, PACL said that the decision behind the temporary closure of the cinema was in response to low attendances during the spring and summer months.

However, the news renewed long-running concerns that PACL was possibly in financial difficulty and was struggling to run the pavilion, which includes a cinema, restaurant and gallery. Worries increased with the news that only £60 was spent on the pavilion’s marketing and publicity in 2015.

The pier pavilion is one of Penarth’s most treasured attractions. It underwent a £4m renovation in 2013 which was funded by the National Lottery as well as the Vale of Glamorgan Council, Welsh Government and Coastal Communities.

On Monday, two separate meetings were held to discuss its uncertain future.

One of the meetings was held at Church Hall and was organised by Penarth resident Nicki Page, who started the ‘I love Penarth Pier’ campaign in response to the temporary closure of the cinema.

The other meeting was organised by Philip Rapier, councillor for St. Augustines ward in Penarth, who started the Penarth Residents Pier campaign. Residents met at Church Hall at a meeting organised by Nicki Page.

At her meeting, Nicki Page and other attendees set up a committee of residents dedicated to saving the pavilion.

Speaking at the meeting, Ms Page said her motives were not political.

“The only reason I have done this is because I love Penarth, the pier, the pavilion, and all that is in Penarth,” she said.

“It’s unsettling when one of the iconic symbols of our town has been shut down for three days of the week.”

Tony Harris, a local businessman from Penarth, said residents needed to work with PACL to find a solution.

“I’ve come here tonight to see how much support there is for the pier pavilion and I think the support we have got is encouraging but we need to engage with the current management of the pier pavilion,” he said.

Sandy Clyne, 77, from Stanwell Road in Penarth was optimistic something could be done to ensure the pavilion’s future.

“I would like it to work because there are two things I love — running courses and dancing. We had dancing courses in the pavilion and I want that to continue,” she said.

While a committee was set up to tackle the pavilion issue, it remains to be seen if a tangible vision to save the pavilion can be found from this particular campaign.

A volunteer from Penarth Pier Pavilion, who wished to remain anonymous, was not sure the meeting achieved much but expressed interest in taking action to save the pavilion.

“I’m still trying to assess the meeting,” she said. “The pavilion changed our lives, we went there all the time. It’s been tragic watching it disintegrate.”

The other public meeting, organised by Coun Philip Rapier, was held at the Pilot Pub on Queen’s Road as part of the separate Penarth Residents Pier Campaign.

The campaign’s aim is to bring a group of volunteers together from the community who have the skills and expertise necessary to run the cinema in co-operation with PACL.

Proposed ideas include subletting the cinema to the community by co-operative mutual ownership and investigating the cost of joining the British Film Institute’s neighbour cinema scheme, which helps people set up and run their own community cinema.

While the two separate campaigns rumble on, other residents are taking action to raise awareness of the issue.

Earlier this month, cinemagoer Andrew Jones launched an online petition to save the pavilion’s cinema, which has now attracted over 1,500 supporters.

Last week, Mr Jones sent an open letter to Penarth and Vale councillors regarding the future of the pavilion.

“There are questions being raised in Penarth about the apparent lack of local accountability on the part of PACL who received the funding to develop the Pavilion on the back of extensive community consultation, engagement and support,” he wrote.

“Whilst it is clear that discussions are taking place between the relevant parties, there does not seem to be anyone engaging with the community who regularly use the cinema to seek their views on a way forward that is supported by the community.” Some residents have voiced concern over the lack of marketing and publicity for the pier.

The temporary closure of the pavilion’s cinema has sparked concerns over the financial status of PACL, which has been a recurring theme in both of the campaigns.

In 2013, when the pavilion was renovated as part of a £4m scheme, the company’s income was £1,962,819. Much of this was from grants, including the National Heritage Lottery Fund (which provided the pavilion with £1,270,290 worth of funding).

Concerns that the pavilion’s facilities, such as the cinema and cafe, are not viable enough to sustain the company without grant money were brought up in the meetings.

In a statement on their website, PACL stated that the decision behind the temporary closure of the cinema was not due to financial difficulty but in response to low attendances during the spring and summer months.

“The seasonal nature of the pavilion is reflected in attendances at the cinema but in a different way,” the statement reads.

“Cinema going reduces significantly during the spring and summer months to such an extent that, for 2017, we have decided that the best use of our resources during this period is to concentrate on increasing activities in the pavilion.”