How did Wales’ players rate in the 2017 Six Nations? 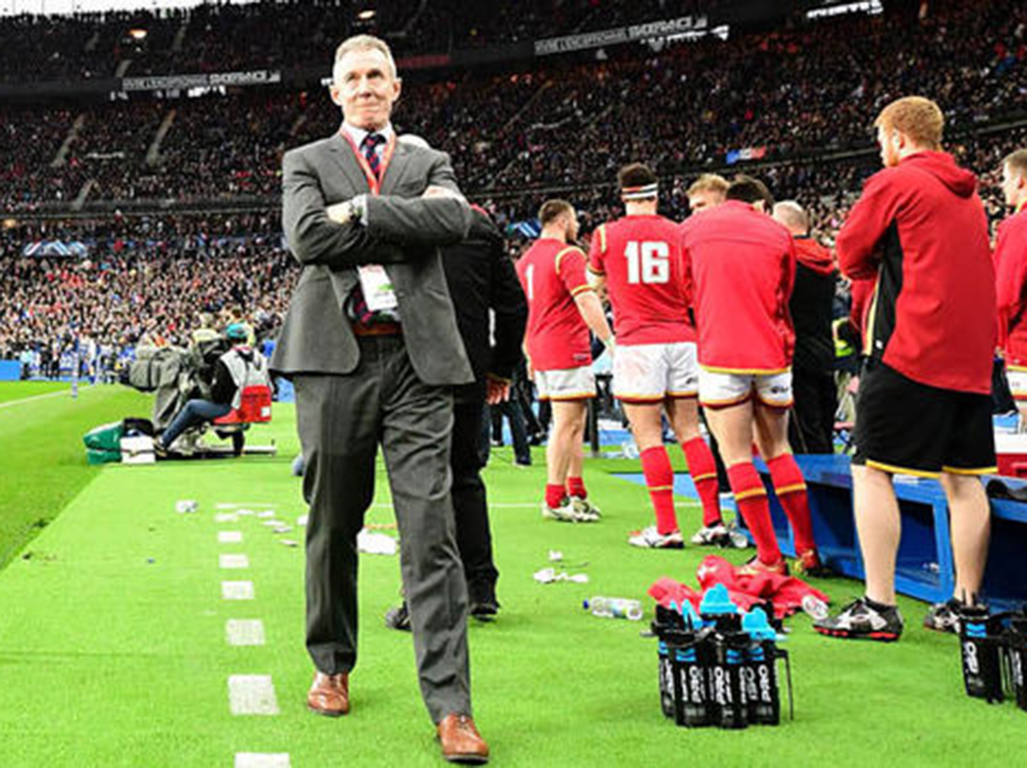 AFTER a campaign which contained one stunning victory, two near misses and plenty of profligacy in front of the try line, Wales finished the 2017 Six Nations in fifth place, with only Italy below them in the table.

Interim coach Rob Howley’s point blank refusal to tweak the starting XV raised eyebrows throughout the championships and the lack of experimentation now looks like a very poor decision.

There were a few bright sparks on the pitch and some of the team really enhanced their cases to be Lions players this summer, but on the whole, the campaign was let down by too many poor performers.

Here is how each player rated after the championships:

Leigh Halfpenny has not scored a try for four years for Wales. Credit: Jumpy News

Saved himself a couple of marks thanks to his metronomic place-kicking abilities (he kicked 62 points for Wales) but his lack of attacking flair from full-back is letting the team down. He has not scored a try for his country in four years and that never looked like changing.

A mixed tournament for Wales’ star winger. He scored a phenomenal 60m try against Italy, and a superb double against Ireland where he looked more like his old self, but was poor against Scotland and his defence was not as solid as it should have been.

Scored in the opening game against Italy, but had a very poor tournament on the whole. His poor kick to George Ford which resulted in England’s winning try in Cardiff aside, Davies offered almost nothing in attack as Wales struggled to score tries.

Like his centre partner Davies, Williams failed to really get into the tournament, although there were glimpses of his talent. His work mainly involved getting tackled as he ran the attack’s shallow lines, but his break through the Irish defence for North’s first try in that game was telling.

Wales’ top try scorer with three, all of which came in the first three matches, Liam Williams can be pleased with his tournament contribution. He showed his rugby intelligence to peel of the wing for his try against England, but would have been more of an influence playing at full-back.

A disappointing campaign for Biggar on the whole, who showed glimpses of what he could do but did very little to calm the talk of Sam Davies taking over at 10. He had a good game against England, but was far too pumped up and never seemed to be playing with a clear head.

He was injured before the tournament, but returned to be one of Wales’ outstanding players. His sniping at the base of rucks and scrums set a strong tempo for his team which should have led to more than the measly eight tries they managed by the team. Could be a Lions starter. Rhys Webb has put himself in contention to be a starter on the tour. Credit: Jumpy News

Didn’t start against Italy but came into the team for the England game and kept his place. Wales’ scrum mostly held up well, although France pummelled it in the last match. He didn’t really do a lot wrong, but the front row was far from excellent.

Owens had spent the vast majority of his 50-cap career on the bench before this year, but has truly taken his chance now given the chance to start. His line-out throwing and tireless work in the loose gave the team an extra dimension in what was an otherwise disappointing front row.

Like Evans, Francis didn’t start the opening game of the championship but came in for the final four rounds of the tournament. He still gives away too many penalties and he still doesn’t offer enough in the loose. Wales are still yet to find a proper replacement for Adam Jones.

Had strong games against Ireland and England where he carried well and was strong in the line out. Impressed enough to keep Luke Charteris out of the team when he returned from injury, but Wales’ lack of mobility in the second row compared to England and Scotland was very apparent.

Led the team with aplomb and little fuss, barring a confusing penalty decision against Scotland when he was swayed. As a second row, he was committed as always and worked hard, winning plenty of turnovers, but his main contribution was removing the shackles from Sam Warburton.

Superb. Having relinquished captaincy and switched to blindside flanker, Warburton was reborn and was probably Wales’ player of the tournament. His work at the breakdown alongside Justin Tipuric was relentless and he supported the team excellently on the attack. He’s truly back.

Sadly, thanks to the way Wales were playing, we didn’t get to see Justin Tipuric really flex his attacking muscles, but his defence was absolutely wonderful. His work at the breakdown was mostly supporting, winning few turnovers, but he made a mammoth 21 tackles against France.

It is easy to forget Ross Moriarty is still only 22. He had a very, very good tournament filling in for Taulupe Faletau at number eight, keeping the Bath man out of the team. He was absolutely excellent against England, carried the ball well and has a very bright future for Wales.

Wales always looked worse off when Baldwin came on for Owens. The line out and the scrum both suffered when the Scarlets man was replaced. Baldwin didn’t do anything awful, but the difference was marked. Filled in at second row at the end of the France game.

Played okay against Italy before being dropped in favour of Rob Evans for the rest of the tournament. Has recovered well from a pectoral injury which plagued his early career and still has plenty of time to improve at 22.

After looking so solid for Wales in his early career and looking likely to be a long term replacement for Adam Jones at loosehead, it was a difficult tournament for Lee. It seemed he hasn’t quite got over his achilles problems.

Included in the injury hit first squad because of his ability to cover the second row and back row, but did very little to justify his inclusion. Versatile, but doesn’t really add a lot to the squad.

Was held back by Howley for the majority of the tournament after breaking his hand before it started, but did his job well when he returned towards the end of the campaign. At 34, he may be phased out before the next World Cup.

Came into the tournament in difficult circumstances thanks to his knee injury, but was clearly not ready to return to the cut and thrust of international rugby. For such a good player, he made very little impact from the bench.

The Scarlets man filled in admirably for Webb during the last World Cup and autumn, but had very little time to impact on the Six Nations. His role in passing the ball to Jonathan Davies before England’s winning try led to questions over his game management.

If only he was given more time on the pitch. Sam Davies had to be content with spending the majority of his tournament watching from the sidelines, despite his brilliant form for Ospreys and changed the game against Italy when he came on. Still waiting for a real crack at 10.

Somehow still hanging onto his jersey despite age and injury. Roberts will still run hard lines and crash into defenders, but this is becoming an increasingly limited tactic in modern rugby. Took his try against Ireland well.

Alex Cuthbert – 4.5
Out of form and unfairly thrown in for George North against England, Cuthbert had a nightmare which didn’t help his already shattered confidence. Missed a tackle on Daly for the decisive try and made just three metres with ball in hand. Needs a period away from the national team.