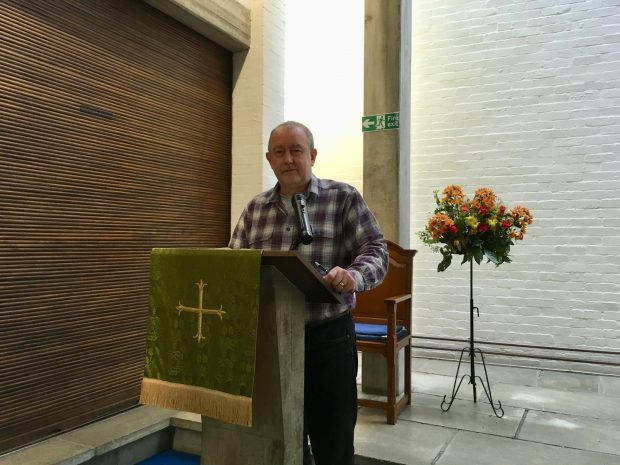 ELDERS at St David’s Lutheran Church, Fairwater, have stepped up to lead the congregation after their pastor moved to America.

After eight years of service, Pastor Gordon Naumann has taken a job at Trinity Church in Scarsdale, New York. John Peters is one of three church elders who are stepping up to replace Pastor Gordon Naumann at St David’s Lutheran Church.

The Fairwater church could not afford to employ him full-time, especially with the church roof and offices in need of repair.

But church treasurer John Peters remains upbeat. “The congregation are very much pulling together in these hard times,” he said.

Alongside John, church elders David Puzey and Keith Orum have also taken up responsibilities that would usually fall to the pastor.

These include leading and preparing services, looking after the welfare of the congregation, organising visits if people can’t attend, and running the church business.

However, they are unable to serve communion, so once a month Pastor Bessel, from St Peter’s Lutheran Church in Plymouth, comes to lead them in service.

The Lutheran Church is a branch of Protestantism based on the theology of Martin Luther, a 16th Century religious reformer. This year is the 500th anniversary of the Protestant Reformation which he led.

John has been a part of the Lutheran Church for about 30 years, and hopes the anniversary will lead to more people looking into the religion.

“I was Church of Wales when I decided to join the Lutheran Church. A religious aunty came down to the service with me to make sure I wasn’t joining a religious sect!

“This year is the 500th anniversary of Martin Luther writing the 95 Theses and nailing them to the church door in Wittenberg. This started the reformation, so I’d like people to look into Lutheranism”.

St David’s is hosting a concert on Friday, November 24, at which The Secret Life of Lutheran Chorales, a medieval musical duo, will perform Luther’s own hymns as well as traditional Scandinavian folk hymns.

The event costs £5 on the door and will begin at 7pm at St David’s church on St Fagans Road.