Home > News > Future of Penarth community landmark to be discussed

Future of Penarth community landmark to be discussed 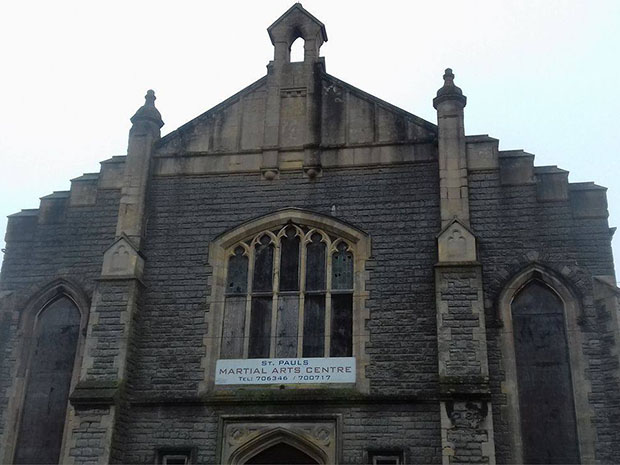 Side of St Paul’s, Penarth

THE future of St Paul’s Church in Penarth will be discussed at a council meeting tomorrow, November 8.

Newydd Housing Association wants to convert the building into 15 flats with a 300 square metre community space but some residents are concerned this is not enough for what used to be Penarth Community Centre, home to the town’s Boxing Club and Gymnastics Club.

The developers will present the results of its public consultation into plans for the building which has lain empty since it was closed in 2011 for health and safety reasons.

The meeting of the Democratic Services Committee will begin at 7.10pm in the Council Chamber in West House on Stanwell Road.

Three members of the St Paul’s Community Group will also give three-minute presentations each to explain why they are against the plans for the Arcot Street church. More than 50 residents attended the meeting at Penarth Ex-Servicemen’s Club on October 25 when the group was formed.

They believe the alocated community space has been squeezed to a minimum and that the four proposed parking spaces will not be enough.

Liam Oborne, a member of the group, said: “The (planned) community space is a little box with four walls.”

Sarah Sweeney, another member, said the group was not anti social-housing and that the chief executive of Newydd, Paul Roberts, had met the group and been “very respectful and responsive”.

“Newydd simply haven’t received enough information about the history and background of St Paul’s,” she said.

Ms Sweeney said there was a conflict of interest as council leader and committee chairman Mike Cuddy is a “share member” of Newydd, according to his register of interests on the council’s website.

But Coun Cuddy said that was “just how social landlord structures work”.

“Both tenants and board members hold shares. I don’t earn any money and it doesn’t present a conflict of interest,” he said.

Newydd Housing Association, established in 1974, provides nearly 3,000 affordable homes in Mid and South Wales. It declined to give any further information about the presentation.