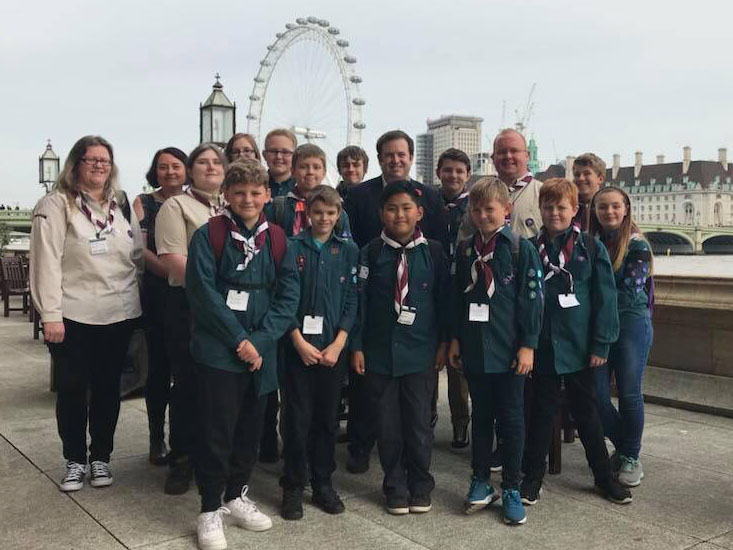 RUMNEY Scouts are hoping to raise £5,000 to renovate the kitchen in their meeting hall.

The 49th Cardiff (1st Rumney) Scouts group have origins dating back to 1925 and have over 80 members ranging from ages 6-14 in Rumney and Llanrumney who meet at the hall in Trelawney Crescent.

But the kitchen in the hall is outdated and in need of repair so they are bidding for cash from the Aviva Community Fund Project.

The fund operates on a competition basis, with applicants using the Aviva website to vote. Last year 3,900 local groups entered the competition and 800 were awarded funding. Kitchen at the Scouts Hall

“What I’d love to do is reach a point where our hall can be a bigger part of the local community. A new kitchen is the first step towards that.”

Shane has been with the group as a Cub since he was nine and is now a proud leader of the group. He says: “I am really proud to now be running the group and giving back to the community 20 years later.”

Cara,13, said: “Our current kitchen is unsafe and not very clean. A new one would be so appreciated.”

49th Cardiff run plenty of activities to allow kids to get more opportunities. Recently, they were invited to London for a tour of Westminster by Cardiff South and Penarth MP Stephen Doughty. James, 13, said: “I loved the trip to London, it was fantastic. In particular, I really enjoyed learning about how Parliament works.”

Leah, 13, added: “It was so cool to actually be allowed inside Parliament and see it for ourselves and not just on the television.”

She said: “The scout hall has been there for a long time. It is well used and as with all buildings it needs updating.

“The scouts have been running for over 100 years and we need that to be progressing for the children. There are such few places for young people to go, let them have the scout’s hall.”

Coun Parry has previously worked as a history tour guide in Cardiff and says she has seen the impact community run organisations can have on young people.

She added: “The hall is open to anyone, whether you have money or not. We have children of all ways of thinking, cultures and backgrounds.

“They all wear the same the uniform and this allows the children to all be on one level.”