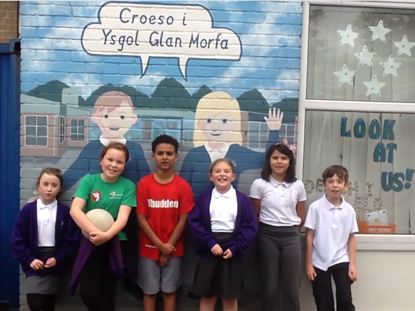 A CARDIFF school has until November 21 to gather votes in a national competition and guarantee its pupils a playground next year.

However, increased demand for places means the Welsh language school will move to a new site in summer 2018.

As the school cannot take its playground equipment to its new home, its parent council has entered the Aviva Community Fund competition, a nationwide scheme awarding grants of up to £25,000 to projects making a difference in their community.

The school is asking for money to fund line markings on the new playground, plus picnic benches for the outdoor areas.

“Things like this cost a lot,” said headteacher Meilir Thomas, adding that line markings alone could set the school back thousands of pounds.

Give @YsgolGlanMorfa Your Vote in the @AvivaUK Community Fund project.
A few clicks will mean so much to the kids. https://t.co/LEA6mwz8eZ pic.twitter.com/jWspQqnVDD

The parent council has done a “really good” job at raising money, he said, but as the school is in an underprivileged area, it feels unfair to ask so much of parents.

“Every little helps,” said Mr Thomas, explaining that the school hopes to gain enough votes to be awarded £5,000.

“I am delighted with the number of votes we have received so far,” said Mr Thomas.

Voting is open to everyone, and closes on November 21. After this, the projects with the most votes will face a panel of judges.

The school will find out if they have done enough to secure funding on January 16, 2018, when the judges announce their decisions.