Founder of Cardiff 10k is given top sports award 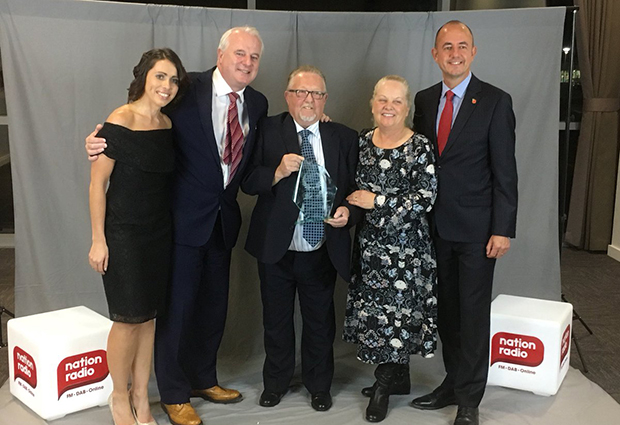 Graham with his award

GRAHAM Finlayson, the director and founder of the Cardiff 10k, has been recognised for his years of service to charity and sport with an award at the Nation Radio Sports Awards.

He won an award for Outstanding Contribution to Sport at the event on November 17.

“I was quite shocked. I didn’t know I was going to get it until I got there!” he said.

Graham founded the Cardiff 10k over 30 years ago and has been involved ever since despite now being of retirement age.

He is also vice-president of Welsh Athletics but the Cardiff 10k is the project that is closest to his heart due to its affiliation with Kidney Wales.

Graham’s brother, who passed away in his 40s, needed kidney dialysis before his death and a close friend’s daughter died of a similar condition.

“It is a charity close to my heart,” he said.

Danielle Jones, head of fundraising and events at Kidney Wales, said: “The team are so grateful for Graham’s dedication and pure hard work in developing the race.

“Cardiff 10K has become an iconic event here in Wales and there are ambitious plans to develop the event by 2020 into a race for 12,000 runners.

“Graham has contributed to over 1.9 million being raised in support of Kidney Wales which has been used to support patents, families and pioneering research. “The team at Kidney Wales are eternally grateful and overjoyed to hear of this lifetime achievement title being awarded to such a superior supporter.

“Congratulations Graham, and thank you for all that you have done supporting families and changing lives of renal patients in Wales.  Diolch o galon.”