Home > News > ‘Millennial’ railcard: passengers up to 30 get new deal

‘Millennial’ railcard: passengers up to 30 get new deal 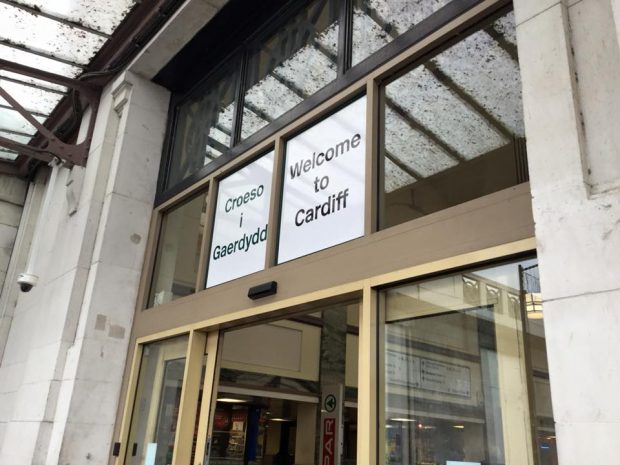 TRAVELLERS up to 30 years old will benefit if the 16-25 discount railcard is extended by five years in tomorrow’s Budget as expected.

The current 16-25 railcard offers up to a third off rail fares at off-peak times. It costs £30 for one year and comes with exclusive offers for theatre tickets and days out.

Rail passenger Ann-Marie Cummins, 20, said: “I think that extending railcards to cover a wider age range is a really important and progressive step. It will give young people easier access to cheaper train travel which is ultimately a much more cost effective and economical way of getting around.”

Today, a same day off-peak return from Cardiff to London booked one week in advance is £76.10 but £50.25 for card holders.

Tyler Hill, 21, who was waiting at Cardiff Central for a friend, said: “I only bought one recently but I’ve already used it a lot and I’m glad I’ll be able to for longer. Extending it to 30 would actually make train prices a decent price for young people and those who don’t benefit from it right now. It’s so expensive usually.”

Chancellor Phil Hammond is likely to announce that the new railcard would be available next spring. Railcards are primarily used on longer journeys but the one third discount can still be used on short routes.

Ex-Labour councillor candidate for Gabalfa Matthew Hexter, 26, said: “Although I would be a direct beneficiary of the scheme I just think this extension is an admission that wages are stagnating for most graduates and people of graduate age, while train fares remain much higher in the UK than they do in Europe.”

National Rail offers six different railcards to suit a range of travellers: young people, disabled persons, families, couples, seniors and for those in the South East and London.

Jim, an Arriva Trains Wales supervisor at Cardiff Queen Street Station, said: “It’s good that it will open up the main line to a wider scope. The 16-25 Railcard is used primarily on long distance journeys so it doesn’t change things in this station.”

Railcards can also be linked to Oyster cards in London, allowing the same discount to be applied to tube and overground journeys.

Exiting Cardiff Central, Travis Williams, 20, said: “It’s great because trains are so expensive. Those who are 25-30 should be given a discount too. I don’t need a railcard right now but would for journeys to London.”

Mr Hexter added: “It’s a sticking plaster over the much larger problem that is the terrible state of British railways. The scheme is flawed in that it doesn’t help the average commuter as the new rail cards won’t be useable on season tickets.”

Lynne Milligan, Customer Services Director for Arriva Trains Wales, said: “It’s excellent news that more customers will be able to benefit from the extension of the Young Person’s Railcard to those aged between 26 and 30.

“We’ve got plenty of beautiful routes across Wales and the borders where you can take full advantage of the discount on off peak fares and hopefully this will be welcomed by many of our customers as a good chance to use our services more frequently.

“Railcards are one of several ways to save money from your journeys, alongside advanced tickets and just by making a couple of journeys it will pay for itself.”

Elliot, who was about to catch a train and did not want to disclose his surname, 23, said: “I get the train most days from Barry to Cardiff and use a railcard already. It’s good that it will be extended because I know I’ll use it in the future.”