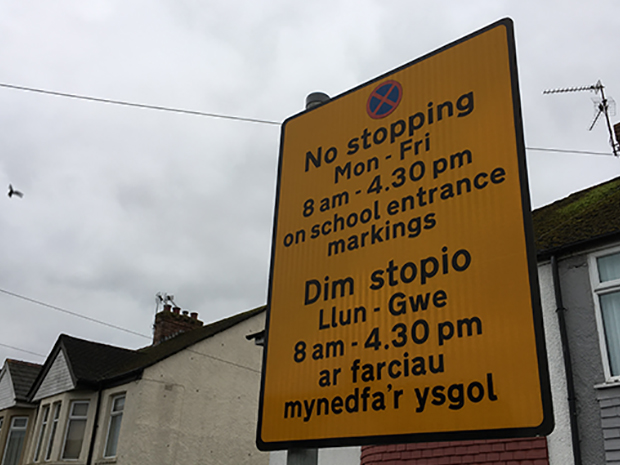 PARENTS who drop their children off outside schools in Fairwater are causing congestion and prompting safety concerns, say residents.

Drivers are not supposed to park outside schools, as Rule 243 of the Highway Code states: “Do not stop or park near a school entrance.”

Despite this, many parents ignore the ruling and decide to stop at the school gates to drop their children off.

In Fairwater this has led to traffic congestion and inconvenience to residents especially in the morning rush hour.

People living near to Fairwater Primary School in Wellwright Road and Cantonian High School in Fairwater Road have been particularly affected. A car parked outside Fairwater Primary School during the morning school run.

Fairwater resident Richard Scully said: “It is inconsiderate of parents to block up the road like that just to drop their kids off.

“Just look at the chaos it causes when they hold up traffic to park and pull away on the wrong side of the road.”

Another resident, John Davies, said: “It is just laziness. They are blocking up these areas which are supposed to be kept clear for our children’s safety.

“It doesn’t take much to park legally down the road.”

Fairwater Primary School and Cantonian High School are yet to comment.

Fairwater, parking, school, school run
You may also like