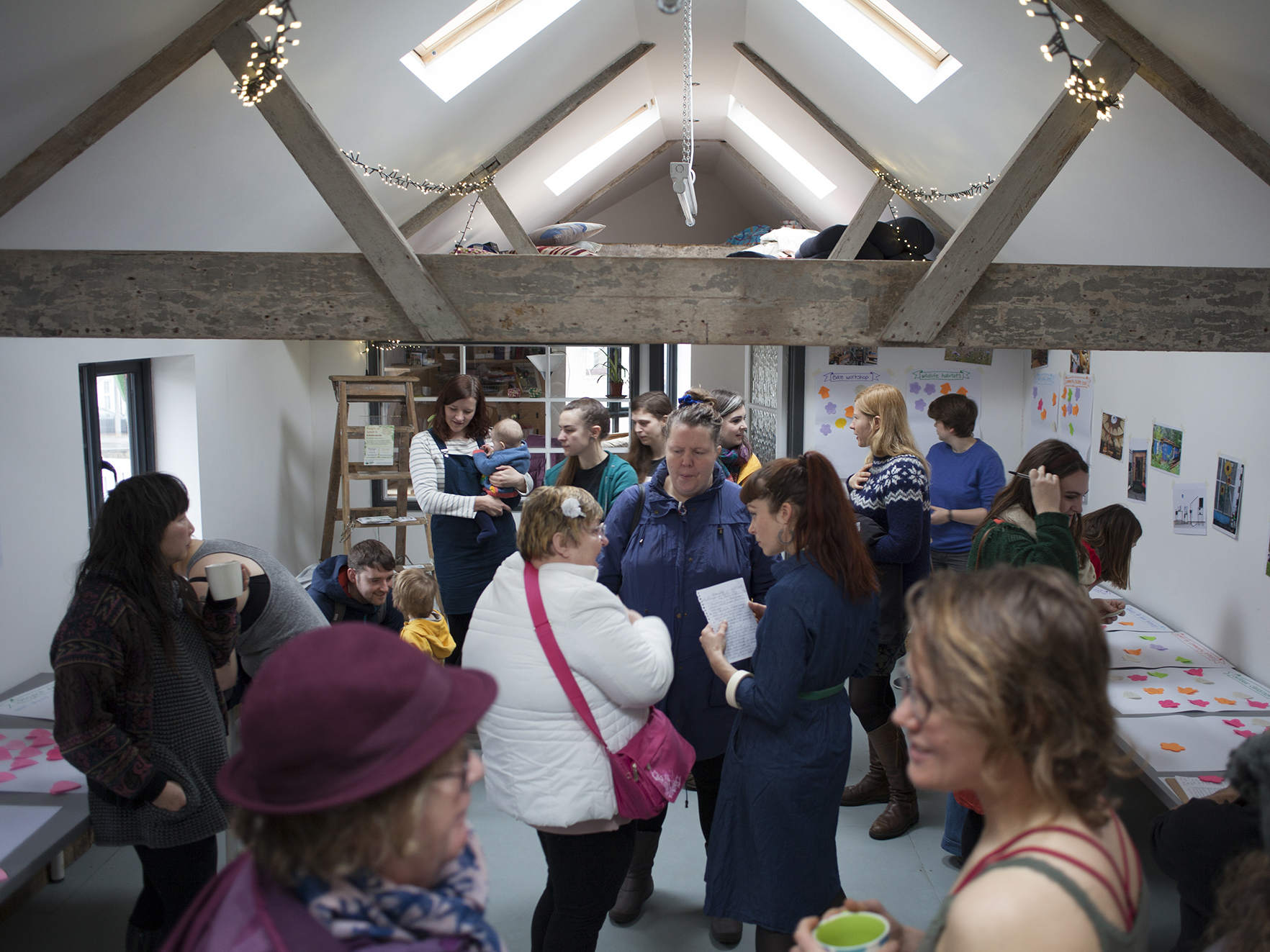 THE future of a plot of land in Splott has been put in the hands of residents who were asked how it should be used.

About 160 adults and children shared their ideas at the weekend on the Railway Street site currently used to store equipment for Network Rail’s upgrade work on Splott Road Bridge. When work finishes this summer, the site will be up for grabs – and sustainable living group Green City Events wants to turn it into a community hub.

Around 120 people came to learn about the project, and a further 40  contacted Green City online to offer suggestions.

At the events, Green City’s director Becca Clark placed large sheets of paper around the room detailing possible uses for the site including;

Visitors were invited to write their suggestions and agree or disagree with others’ ideas.

“We wanted to involve the community at a really early stage so we can create a sustainable project, with a sense of ownership for people who live in this area,” explained Ms Clark. One idea was to work with The Bone Yard shipping container venture to create workspaces for small businesses. Photo: Hannah Butler

“We wanted something that people need and want. A space like this is going to be multifunctional: it’s a good size, and I’d love to think we could fit all these ideas in, but what we’re looking to do is to create a hub for the community, with reasons for lots of different people to come and go.”

Dan Williams, 26, was one of those coming to learn more about the project at Wednesday’s event.

“I hope they manage to get the space, because there’s a lot of good ideas and a lot of people seem really enthusiastic about it. Hopefully it’s the start of something,” he said.

Jenny Bradley, 35, who lives on Burnaby Street – next to Railway Street – also wanted to keep up to date with the project.

“I think it’s important to get in and see what’s going on from the beginning, rather than just wait and see what happens,” she said. Wildlife habitats and a community seed bank were among the ideas,  along with a community garden and chicken coop. Photo: Hannah Butler

“It’s nice to see a few solid ideas that could work, and a lot of ideas that could sit alongside each other, so it’s not committing the space to one thing. We’ve just been writing alongside other people’s ideas – because if 10 people think it’s a good idea you need to put some weight behind it and show how many people have voted for different things.”

“We have quite a tight timescale, because this all built up momentum quite quickly at the end of last year,’ said Ms Clark.

The team has a couple of weeks to submit its proposal to Cardiff Council.

“At the moment the Strategic Estates department is researching the value of the land. But we’re hoping they will see that there is more need for somewhere like this, rather than more flats and development,” said Ms Clark. Anyone was welcome to add their ideas to the mix, or comment on others’ suggestions. Photo: Daniel Barnett

“We’ve already had initial meetings with Cardiff Council, so this proposal is basically us persuading them to give us the land rather than sell it off for development. It’s us putting our case forward for the need for the project and saying that we can make it happen.”

If Green City gets the land, the next question will be how to fund the project,

“We’ll apply for funding from places like the Big Lottery, and there’ll hopefully be some private investment. And we’d also really like to crowdfund some of it, because we feel again that helps with ownership from the community, if you’re crowdfunding for something that you actually want,” said Ms Clark.

Many of the ideas for the site will also hopefully be self-sustainable – for example, renting out part of the land to The Bone Yard, a shared workspace venture turning old shipping containers into modern studios.

But before any of this can happen, Green City needs the go-ahead from Cardiff Council.

“We’re hoping to know by the end of February,” Mr Clark said. The project has support from local councillors – including Cardiff Council leader Huw Thomas – who visited the site last November to learn about Green City’s proposals.

“I think all of them are just really keen for it to happen, they see the need for it, they know what this community needs, so that will make a big difference,” said Ms Clark.

Splott councillors Jane Henshaw and Ed Stubbs were at the event on Wednesday evening.

“I’m really amazed and delighted at the turnout. So many people are really enthusiastic about this project,” said Coun Henshaw.

“I’m delighted to see that children are being consulted too, and listened to, and putting forward their ideas. They’re members of this community, and naturally they’re going to benefit from it.”

“If we do get it, I’ll probably try and think of some fancy and fun way to announce it, or I might just be so excited that I’ll blurt it out on social media,” said Ms Clark.

“If it doesn’t go our way, I’ll be distraught.”