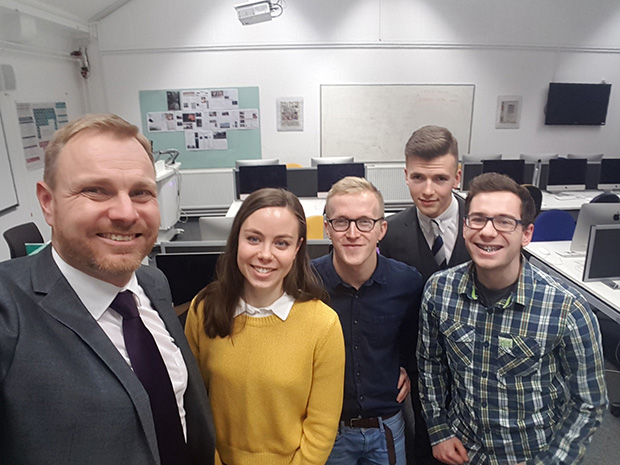 IN an exclusive interview with The Cardiffian, the chief constable of South Wales Matt Jukes has defended the controversial policy of removing homeless people from the city centre over Christmas.

Operation Purple Ash, in which the police work alongside Cardiff council and the local health board, aims to tackle drinking, begging, and antisocial behaviour in the city centre.

But the operation was criticised by volunteer groups helping the homeless, especially after the death in November of Lindy Louise Pring in Alexandra Park.

“Most of what we are doing is not dispersal orders, most of what we are doing is trying to engage the people who are on the street with a whole range of other services. I was out on the street recently with an officer who had got pockets full of referral guides to churches that were providing overnight accommodation and to places where people could get food or medical attention.

“The dispersal orders are part of our response and they are important. Antisocial or aggressive begging is only a part of that street scene and we recognise that, but it’s obviously where attention has been focused But really it’s something we are not using as a first resort — we are trying get people into services and get support.

“There are some people who are actually not homeless who are on those big event days coming in to the city to exploit the wider public, and actually that’s not fair on the people who are genuinely in need So we do need to deal with those individuals but our principal focus is always going to be to get people the support they need.”

Speaking to The Cardiffian, Bleddyn Lewis, a homeless man who sits outside Tesco on City Road, Roath, said: “I think it’s wrong that [the police] should put us in prison, or fine us because we haven’t got no money anyway. I don’t think we are doing any wrong. There’s a lot of people who look forward to seeing me. We have a chit chat and that, they help me, I help them if I can.

“There’s a lot of people who complain, there’s aggressiveness, I don’t aggress, I just sit and hope that people would take pity and help me. But the police, what they do, I think it’s wrong.

“As it is, it’s chaos. That’s why there a lot of people like myself, homeless, they’ve started to die, of hypothermia and things. There’s not enough that they do for the homeless.”

Donna, a homeless woman who sits on Duke Street opposite the castle, said: “For their Purple Ash they were moving us all out of town for Christmas. I went out of my way, all over Christmas, to make sure everybody knew the truth, that it ain’t the homeless people.

“Yeah I agree, the beggars, yes move them and the ones that got homes, that’s correct, also move the ones that are spiced out of their faces, but leave the genuine homeless alone, they’re not hurting a soul.”

The Chief Constable also spoke about the impact of budget cuts and austerity on the police force.

“Six or seven years ago, we would have had a thousand more people to deliver our service with. We have closed that gap at £50 million in terms of funding by variously making savings. We could do incredible things if we had those thousand people back. That is absolutely true.

“We are playing our part in the public sector response to austerity, but a challenge like the unfunded pay rise we have had [recently], does place a pressure on the services. When we start looking at areas of business that really are expanding, cybercrime, digital crime, those online threats, we would be pushing more resource there if we had it.

“We are pushing more resource to some threats because we just can’t turn our back on them, so protecting the most vulnerable in our community is getting more resources, but of course that means we are having to make choices to come away from other services that we would like to provide. Those are tough choices.

“There are some things that have driven us to be more efficient. So there were seven places where you could phone us up, we have now got a single call handling centre.

“But we spend 80 per cent of our money on people, so actually where have we shifted our money from, we have lost people, and many of those people were really experienced as well, so that’s a challenge for us going forward, to make sure we bring in a new generation of officers forward.”

According to police statistics, there were 3,519 drug offences for the year ending September 2017, down by seven per cent compared to the previous year. But public order offences had gone up by 27 per cent, to 9,671.