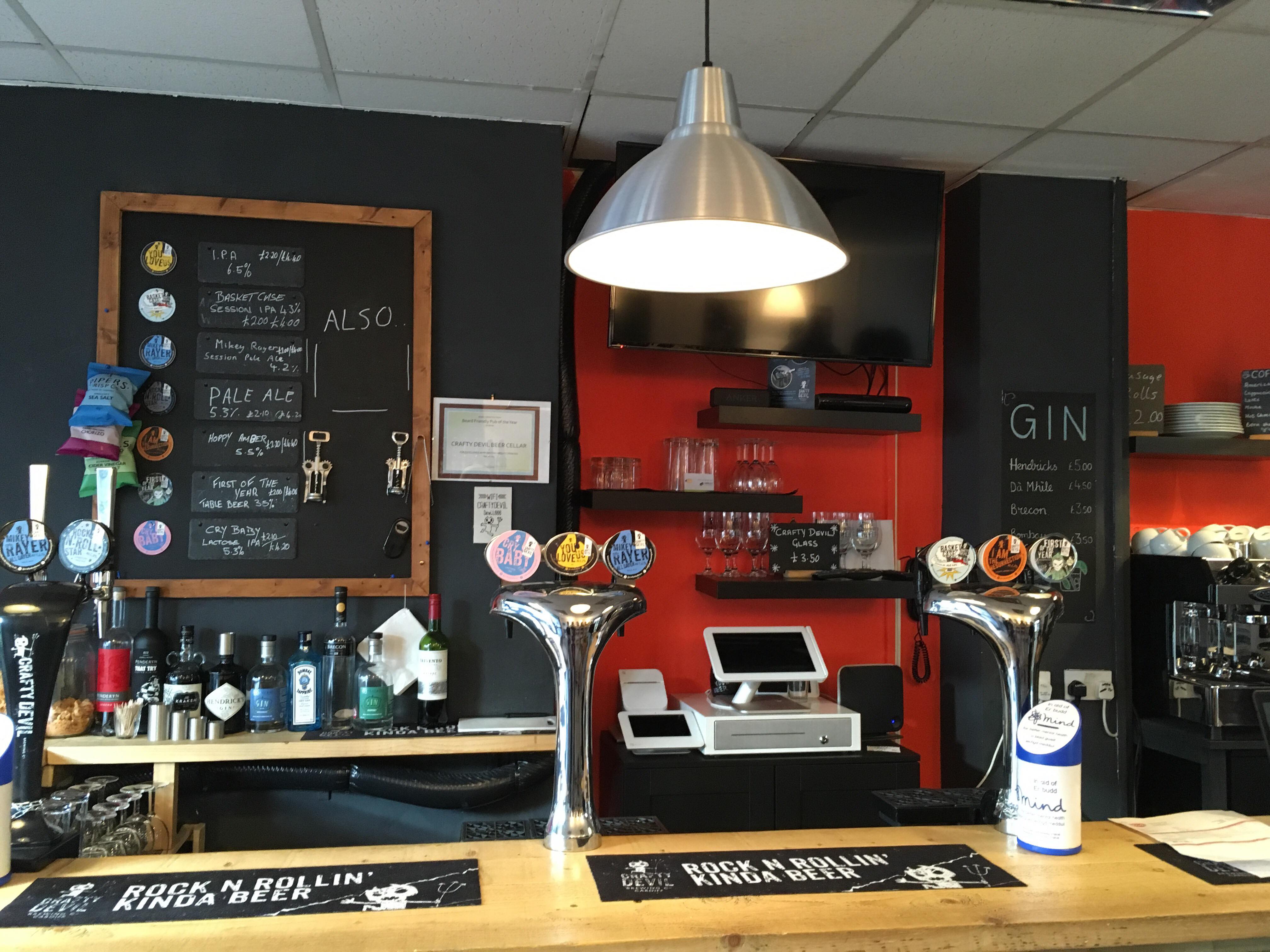 TWO men who started making beer in their garden shed are set to open their own Cardiff pub and brewery thanks to donations from their customers.

Rhys Watkins, 36, and Adam Edinborough, 35, opened Crafty Devil’s Cellar on Llandaff Road in 2015 but had ambitions to expand and open an independent pub in the city centre.

The pair asked fans of their beers to fund the £15,000 project with donations and now, after almost doubling their target, they are set to open Beelzebubs on High Street next month.

Rhys said: “We are the first brewery apart from Brains to be in the city centre, which has always been our aim. We are very proud of this. But it’s not a craft beer pub, it’s our pub, it’s Cardiff’s pub.

“It’s about moving away from niche; it’s about drinking great beer in a great pub. It’s for everyone.”

Rhys and Adam want to follow the American blueprint, embedding a town’s brewery into the community, and have teamed up with Chris Rowlands, who runs the City Arms in the city centre.

The Cardiff focus is extremely important to the brewers. All craft beer will be brewed by Crafty Devil and they’ve implemented a 50-mile radius for sourcing ciders and spirits.

Rhys said: “Sourcing locally is important but we won’t compromise on quality. You Love Us IPA is named after a Manic Street Preachers song, sticking with the musical theme.

“We want as many products as we can from South Wales, and maybe a bit of the West County.”

Four years ago, when Rhys and Adam set up Crafty Devil Brewery, they could only have dreamed to be where they are now.

The pair, who are both from Canton, met at the age of six and went to school together. Their brewing story started in 2014 on St David’s Day when they went on a tour of Otley Brewery in Pontypridd.

Rhys said: “We looked at the process there and saw what they were doing.

“Adam worked out that this was a process he could understand and that evening we had our first ever discussion about brewing craft beer.”

Using YouTube videos and online research Rhys and Adam started brewing out of a garden shed in Loftus Street, Canton.

Rhys said: “We started at farmers’ markets four years ago and we couldn’t have got where we are now without help from the community.

“We have been doing as many events as we can in the city to promote the Cardiff angle.”

Their crowdfunding page on the Indiegogo website was set up with a £15,000 target and got 453 backers (which Rhys believes are almost all from the Cardiff area) who raised £28,410.

Rhys said: “It’s a testament to our loyal followers and how they always back us in everything we do. It’s heart-warming to see that we are building this up from the ground.”

The whole community feel is reflected throughout the businesses and they are committed to paying the real Living Wage.

Rhys said: “We are proud of our team. Our workforce is our most important asset. We want people who are passionate about our beer.”

Talking about their plans for the future Rhys said: “The hope is to replicate the Crafty Devil Cellar model in another suburb of the city. But maybe we’ll look at more unusual places like a bistro or a country pub.”