Home > Home lead > Does Cardiff need a new flag? And did you know it has an old one?

Does Cardiff need a new flag? And did you know it has an old one? 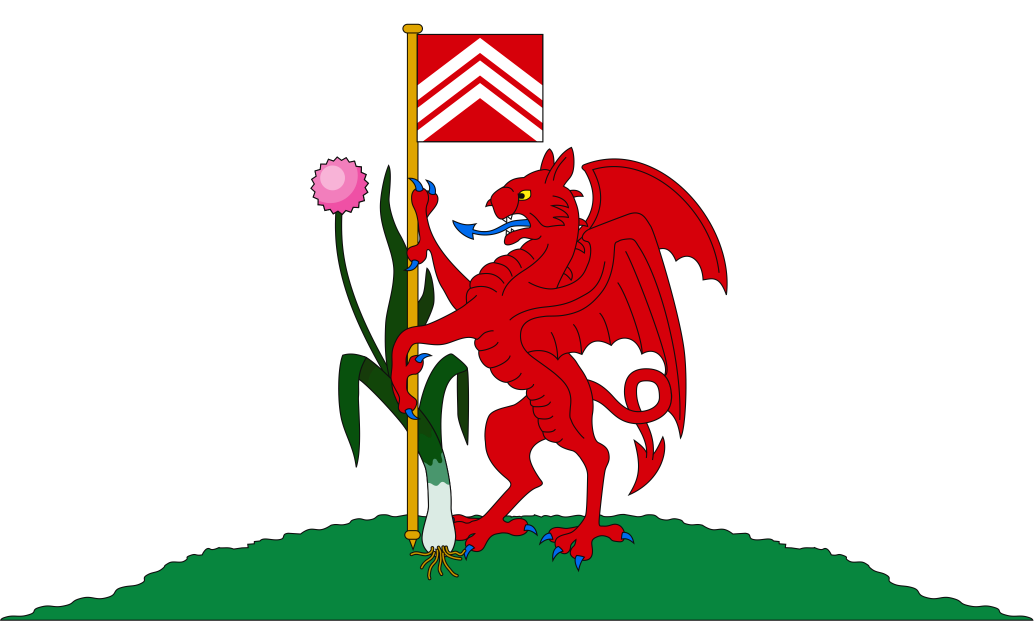 A  CAMPAIGN to change Cardiff’s city’s flag has been launched.

Cardiff has its own official flag, but many residents may not be familiar with it and it does not fly above Cardiff Castle or other notable buildings.

The call to change the current flag has come from Cardiff-based branding company John&Jane who have contacted Cardiff Council with some alternative designs.

Gareth Strange, creative director at the company, said: “I recently watched a TED talk about flags by Roman Mars who is obsessed with flag design and claims everyone cares about flags, whether they know it or not.

“I too have been fascinated with flags from a young age. My grandfather has a stack of books about flags and would talk me through their history.

“It’s quite amazing how something so simple can represent millions of people. Until I watched this TED talk, I wasn’t aware of city flags.”

City flags are not uncommon and often reflect relevant incidents in their history.

The Chicago flag commemorates the three sides of the city (white stripes), the two bodies of water (blue) and four major events in the cities history; the construction of Fort Dearborn, the Great Chicago Fire of 1871, the World’s Columbian Exposition of 1893 and the Century of Progress Exposition of 1933-1934, each represented by the red stars.

Due to its relevance, people even get it tattooed on their bodies.

“Roman Mars’ TED talk immediately made me realise that I have no idea what the Cardiff flag looks like or if they even have one, added Gareth.

“It’s the capital city of Wales. It’s a place I am proud to live and work and I know many people who feel the same. Surely we have a great flag, right?” The official flag of Cardiff

The flag is derived from the traditional Welsh flag, with the Welsh dragon leaning against a flagpole bearing three chevrons attributed to Iestin ap Gwrgant, the last Prince of Glamorgan and a hybrid leek that combines a broadleaf leek with a purple flowering round-headed leek.

T.H. Thomas, a Cardiff-based artist who died in 1915, is believed to be the flag’s designer. Thomas was a leading force behind the founding of the National Museum of Wales and in the use of the red dragon symbolising Wales.

But not everyone feels strongly about changing Cardiff’s flag.

Chris, from “I Loves the ‘Diff”, the Cardiff brand that celebrates the capital, said: “Regardless of what the current one is like, since city flags don’t seem to be seen anywhere or flown, is there a need for this change?

“This is not the prettiest flag Ive ever seen but Cardiff has 1001 more pressing issues that affect our daily lives, one might argue those should be address first.”

Undeterred, Gareth has designed a collection of new flags for Cardiff and each contains the chevron design from the original flag.

He said: “It seems ironic that the flag that I feel suits Cardiff best is literally being upheld by a badly drawn dragon.

“Considering the history of the chevrons, it feels only right that they would represent Cardiff.”

The chevrons can be spotted across the city. They even appear on the Cardiff Blues logo and was the basis of the Riverside FC badge before they became Cardiff City in 1910. The chevron design can be seen on the Pierhead Building John&Jane designed their suggestion based on the Glamorgan chevrons.

Gareth said: “The first one makes the most sense, but is currently the flag of Glamorgan. The second works beautifully and simply inverts the colours. The third is inspired by crests of the past.

“As for the final one, I think people see blue as the colour of Cardiff, but would that be too drastic a change for the city’s flag?

“There would be scope to be playful with this design. For example to show support for Cardiff Pride and the LGBT community. “I would like to start a discussion with Cardiff Council to discover if we could get the ball rolling on designing a flag Cardiff and it’s residents could truly be proud of.”

Cardiff Council have told Gareth that they have passed his suggestion to “the relevant department”.

Does Cardiff deserve a new flag? Let us know and send your suggestions to us on Twitter @cardiffian_news