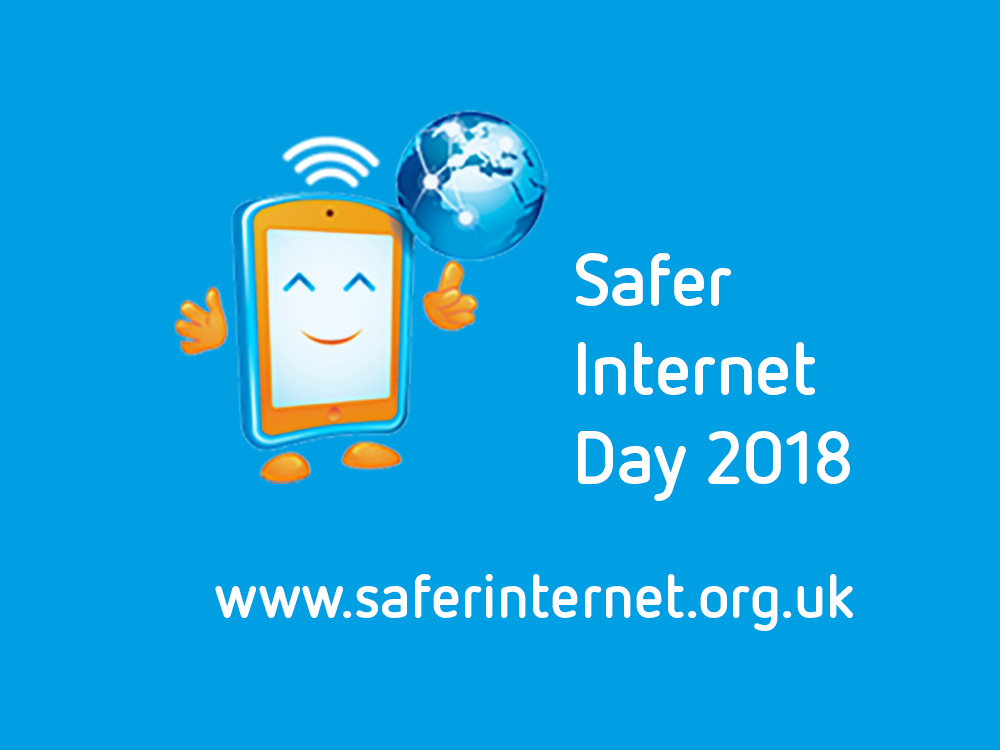 A total of 19 organisations sponsored Safer Internet Day 2018 in the city, including Cardiff City FC Foundation, which will be delivering sessions in primary schools across South Wales.

The UK Safer Internet Centre is working with hundreds of other organisations to encourage more conversations at school and home about the way young people use the internet and how their actions online can affect relationships.

“As part of Safer Internet day 2018, we are opening a digital market stall for parents to talk, share and learn about e-safety – from managing suitable applications, to practically setting up parental controls on a games console.”

Children and young people were asked to express their views on the internet through word, film, music or art in a competition run by the Welsh Government.

Schools and charities throughout Cardiff are joining in with the global Safer Internet Day.

The winners will be announced at the Pierhead this afternoon by the Cabinet Secretary for Education, Kirsty Williams.

“I am delighted to see this year’s Safer Internet Day theme is Create, Connect and Share Respect. There is a huge amount of work going on in Wales to help keep learners safe online.

“We have launched an Online Safety Zone on our digital learning platform, Hwb, developed a tool which helps schools evaluate their online safety practice and delivered over 180 training sessions for teachers and governors across all local authorities in Wales since 2014.

“In addition, our Digital Competence Framework, the first element of the new curriculum to be introduced in Wales, includes specific elements on online behaviour, cyber bullying and health and well-being.”

Research by the UK Safer Internet Centre found that that young people in Wales are more likely to have a positive experience than a negative experience when online.

The study, which surveyed 2,000 8-17 year olds, including 101 young people in Wales, on their feelings and attitudes towards social media, revealed that despite the often-publicised negative effects of social media use, the internet plays an important role in how young people develop relationships and maintain their social lives.

Reporting on young people’s online experiences, the research shows that respondents in Wales have felt inspired (68%), excited (80%) or happy (85%) as a result of their internet use in the past week.

In contrast, a smaller proportion reported to have felt sad (60%) or angry (53%) by what they came across online in the last seven days.

The majority of young people (74%) in Wales want their school to teach them about cyberbullying and how to manage friendships online.

Only 14% of those surveyed said they had not been taught this in school.

Will Gardner, chief executive of charity Childnet, said: “We want to make sure that every young person feels equipped and empowered to make positive decisions when interacting online – be it on gaming sites, messaging apps or social sharing platforms.”