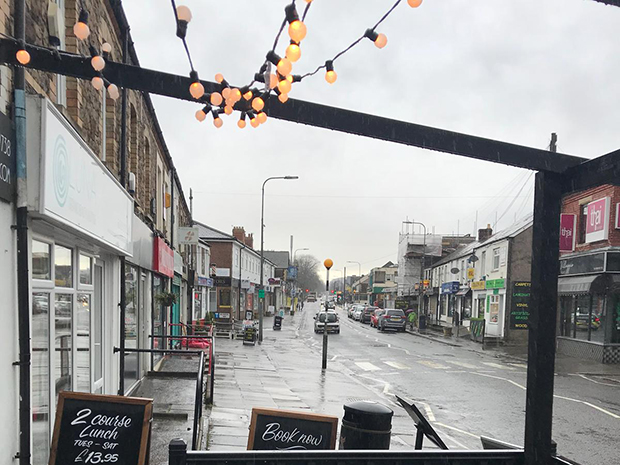 This comes amid rising inflation (2.7%), falling retail sales and a rise in Welsh business rates in April 2018.

Paul Jenkins owns Talking Heads hairdressers in the village. His business has been open for more than 20 years but recently Mr Jenkins rent has increased by £2,000 a year.

“Whitchurch has always been a thriving area,” said Mr Jenkins, who thinks that increasing rents and rates are driving businesses out of the village.

“We want shops, not empty units, to bring people into the village,” said Mr Jenkins.

The Village Gift Box is surrounded by two empty units on either side. Owners Patrick and Ceri May opened their gift shop four and a half years ago, in that time their rent has not gone up.

“Hopefully it’ll stay that way,” said Mr May, whose shop has three and a half years left on the lease. The gift shop used to sit next to an opticians, which relocated to a larger premises in the village. However, the neighbouring health foods store chose to leave the village at the end of their lease and a new buyer has not been found since September 2017.

“Things can be tough in business and retail,” said Mr May, who thinks that Cardiff Council should do more to support small businesses.

Mr May’s sentiments are echoed by the owners of Deli a GoGo. The delicatessen is run by husband and wife team Nick and Beverley Davidson, who pay over £5,000 a year in business rates. Mrs Davidson does not think her delicatessen receives anything in exchange for these “extortionate”  rates. The business has to pay £300 for waste disposal, a service many in the village believe should be included in business rates.

The small business rate relief Deli a GoGo receives from the Welsh Government has also fallen from £2,000 to £600.

“There is no government help to keep the village going,” said Mrs Davidson

While their £1,500 a month rent has not gone up, Mrs Davidson points out that it has not gone down, which is stopping small businesses “thriving.”

Mrs Davidson admits that all this has been “hard to swallow as a small business.”