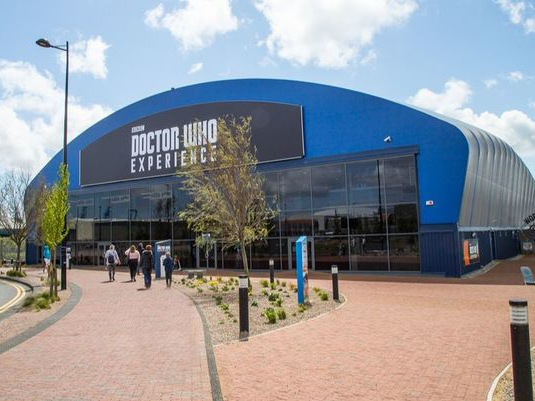 THE Dr Who Experience closed in September leaving Cardiff Council out of pocket to the tune of £1.147m.

The visitor attraction was opened in July 2012 in partnership with BBC Worldwide. Cardiff Council subsidised the enterprise which was managed by BBC Worldwide, and planned to recoup their costs over five years from a share of ticket sales.

But when BBC Worldwide left the site, an amount of £1.147 million was left outstanding because the attraction “didn’t meet financial targets”.

BBC Worldwide is the main commercial arm of the BBC and is responsible for taking the BBC brand across the world and creating a global audience. Doctor Who holds the record for the “largest ever simulcast of a TV drama”, after 94 countries aired the 50th anniversary special at the same exact time in November 2013.

The Dr Who exhibition in Cardiff was based on what is the world’s longest-running sci-fi programme which is filmed in parts of the city. The attraction featured props from the series, as well as sets and monsters from the show.

Cardiff Council funded the BBC Worldwide investment from the Welsh Government “Invest to Save Fund”. This initiative provides financial support, on a competitive and repayable basis, to public service organisations across Wales.

The council had planned to pay the money back using income generated from ticket sales but apparently overestimated the amount of money the exhibition would bring in over five years.

The council still have to repay the Welsh Government loan and will now have to resort to borrowing more money to close the gap.

In a council cabinet meeting last Thursday, Councillor Russell Goodway said that the visitor attraction was another example of a bad business decision. He highlighted how a lack of foresight by the council has led to a “catalogue of errors” which includes the writing off of £4.4m loaned to Glamorgan Cricket Club in 2015. The Dr Who Experience at Cardiff Bay, which closed in September 2017

A family ticket for the Dr Who attraction was priced at £49, which increased to £82 with a merchandise pack. When it closed its doors last year BBC Worldwide said the decision was made because the five-year lease on the land had expired.

Today Cardiff Council said: “The council subsidised the Dr Who Experience – but this was no longer sustainable as the Experience, which was operated by BBC Worldwide didn’t meet the financial targets that they set out in their business model.

“Even though the Experience has closed, there is a shortfall of money that the council has to continue to pay.”

The latest published accounts for BBC Worldwide show that the company made £62.4m profit during 2015/16. BBC Worldwide could not confirm how much money the Dr Who Experience in Cardiff generated.

Adrian Robson, councillor for Rhiwbina and leader of the Conservative opposition on Cardiff Council said: “I still don’t know how we managed to lose over a million pounds on Dr Who.”

The Dr Who Experience was situated on land owned by the Welsh Government which Cardiff Council leased to BBC Worldwide for the agreed five years.

Council plans for the former exhibition site remain vague. The last statement from the council was made by Coun. Goodway who said: “In terms of the former Doctor Who Exhibition building in Cardiff Bay, discussions are ongoing with the land owners with a view to agreeing an extension of the lease arrangements following the expiry of the original five year lease.

“If a new lease can be secured, there are a number of potential leisure based uses for the building that the administration will consider.”

Ever since it closed, there have been rumours that the Dr Who Experience would be moved, possibly to Manchester.

A spokesman for BBC Worldwide today confirmed that there are no current plans for the Dr Who exhibition to be relocated elsewhere in the UK.

Meanwhile, the TV show continues to draw in viewers, and in December 2017 it was announced that Jodie Whittaker would be the first female to play the Doctor.

Cardiff Bay, Dr Who Experience
You may also like