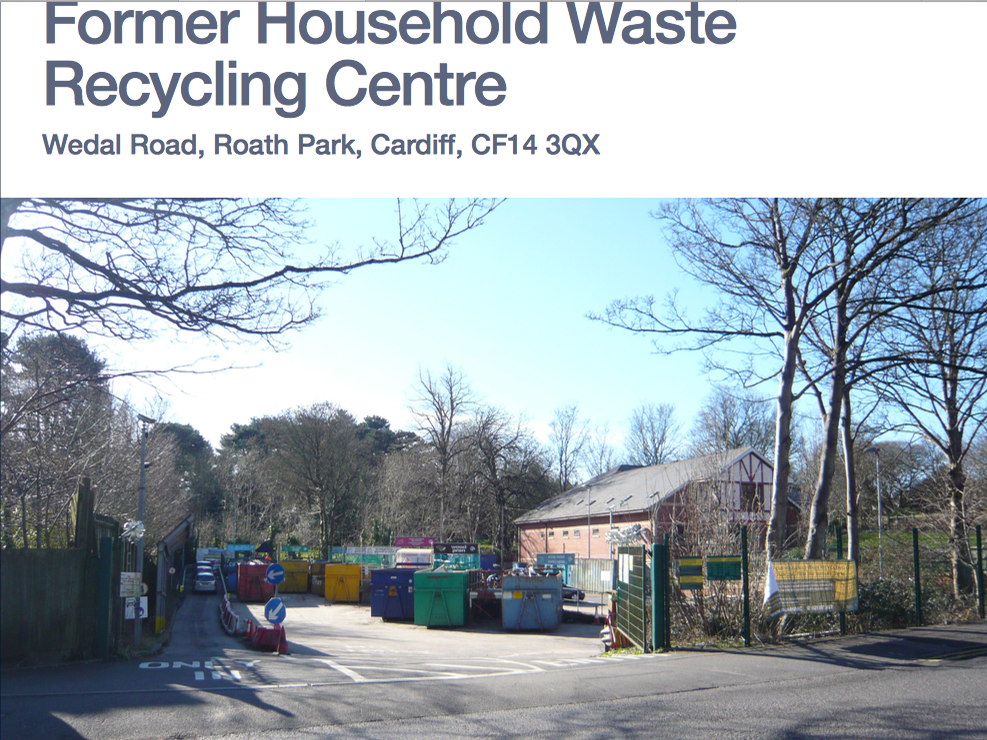 THE sale of the Wedal Road recycling centre in Roath has been agreed just 24 hours after it was listed for sale and the day before a demonstration is being held to save it.

Yesterday, the centre, which is due to close next month, was listed for sale to the highest bidder with a guide price of £350,000.

This morning, when we called one of the selling agents to enquire about the sale, we were informed that the site had been withdrawn with immediate effect.

Now Cardiff Council have confirmed that the site has been withdrawn from sale as they have agreed to sell it to the Cardiff and Vale University Health Board (UHB).

News of the sale will come as a shock to residents in North Cardiff who have been fighting to keep the facility open and are holding a demonstration against the closure tomorrow (Feb 24).

The UHB is already in the process of buying a neighbouring site to the recycling centre, which was formerly occupied by the parks depot.

Offered as a ‘prime development opportunity’ by Savills Estate Agents and Seel and Co, the 0.55 acre site was described as a “sought-after residential location.” Two weeks ago the council announced that the recycling centre will close its gates for the last time at 6pm on March 2, 2018.

The sale to the UHB will not affect the closure date but is due for completion before March 31.

The site was described as offering potential for a variety of alternative uses including residential, student accommodation, care uses or mixed use subject to the necessary consents.

There are no current planning permissions for the plot, but there was a technical information pack available. This included a ground investigation report, a topographical survey, both carried out in March 2016, a development brief produced by Cardiff Council, a tree report and a drainage feasibility study.

The decision to close the site was made by the previous council administration and the current cabinet had promised that the centre would not close until a replacement one was found and was operational.

Conservative councillor Jayne Cowan criticised the closure decision during a full council meeting held last night: “The real outrage is that those that allowed the promise to be made were in total control of the situation at the time,” she said.

“They allowed the Labour candidates to constantly repeat the promise that it would be kept open because they knew that no suitable site had been identified.

“All Labour candidates fought the election on that promise and all citizens have every right to see that delivered.”

Heather Ward lives in North Cardiff and is a regular user of the recycling centre. She said: “Cabinet member Graham Hinchey did a video only a month or so ago which said the site would ‘not be closing anytime soon’ or before an alternative site in Cardiff North was found.

“I can’t imagine how people are going to want to go all the way to Lamby Way when they only have a few things to go out.” Stills from the video made by Councillor Hinchey, where he confirmed the Wedal Road facility would remain open

“If they must close it, why not keep the land and build some much needed social housing or community health facility? It’s all short term solutions to a funding crisis. When there’s nothing left to sell off can the last person please turn the lights off?” he said.

The UHB have been contacted but no one was available to comment.

cardiff council, Recycling Centre, Wedal Road
You may also like