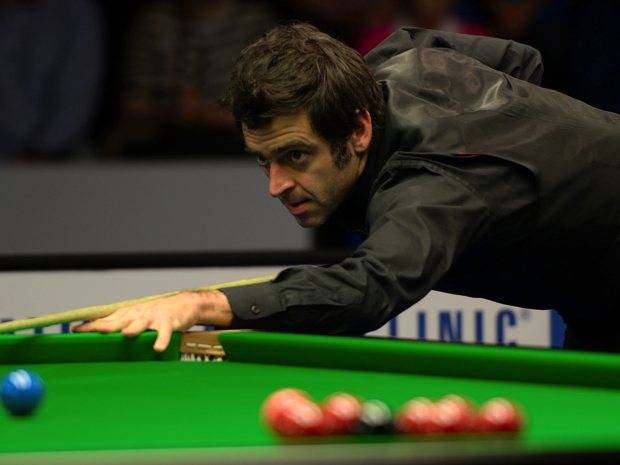 The world number two, who has still not lost a frame this tournament, eased past Dunn to set up a tasty looking match against Higgins in the last eight.

After the match, O’Sullivan said: “Obviously John [Higgins] is one of the all time greats. He’s up there with [Stephen] Hendry, the two best players I’ve ever played.

“So I think I’ll have to improve slightly on what I’ve shown so far this week. But, when you do play players of John’s class, generally you either find it or you don’t, so I’m looking forward to it.”

Higgins beat Nigel Bond 4-0 in the last 16 and has looked comfortable at the table all week.

O’Sullivan continued: “Things are going alright. You just have to focus on the next match, stay present and just try keep everything ticking along nicely.”

After going two frames down, Stevens fought back to 2-2 before slipping to defeat.

He said: “I’m happy with the way I’m hitting the ball so I feel very positive going into the World Championship. So head down, work hard and I think there could be good things coming.”

There had been complaints regarding the speed of the tables at the Motorpoint Arena from various players, including Stevens and Higgins, on Thursday.

The Welshman said: “Just set fire to the table to be honest, the table was horrendous.

“Every cushion was bouncing. You can see the standard, it was really tough out there.

“It’s just a shame the difference between that [table two] and table one, it’s like playing a different sport.”

Saengkham overcame Kyren Wilson 4-0 and Burns, who is now the lowest ranked player in the competition, beat fellow Englishman 4-3 Liam Highfield in a closely fought contest.

All quarter-finals will take place today and will be first to five frames.