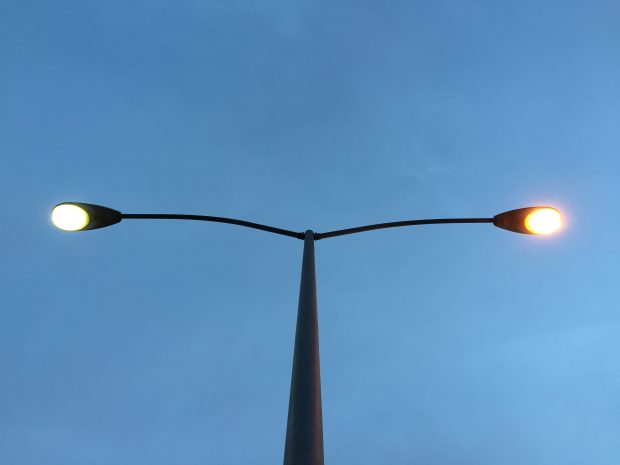 LED streetlights are being trialled in Radyr to a mixed response from residents.

The main road through Radyr, Heol Isaf, has already been switched to LED lights and another 1,250 are going to be installed this month.

David Busson, 37, of Ael-Y-Bryn, said: “I think they’re much better than the horrible orange sodium lights!”

“I walk the dog around Radyr all the time and it’s a nicer, brighter light, plus, I’m sure it’s better for the environment.”

However, Chris Griffiths, 58, of Pine Tree Close, is concerned about the poor lighting on Heol Isaf.

“It has extremely poor street lighting, which is difficult for motorists and is a safety issue for pedestrians,” he said

“Environmental concerns and the reduction of light waste on the skyline seem good ideas but there are public safety issues being sacrificed, particularly in relation to the young and vulnerable walking in darkened streets.”

Councillor Rod McKerlich said: “This scheme is supposed to be a consultation and as long as it actually is and residents are consulted about its impact then it will be a good thing.”

“There are concerns about road safety and the area becoming more prone to crime due to the lights being too dim.

“However, I think it is a positive step, the lights can be controlled remotely and we have already fed back to the council that the lights were too dim and the luminescence was increased immediately.”

Cardiff council has high hopes for the scheme and if the Radyr pilot scheme is a success, it plans to switch another 22,750 lights in residential areas across Cardiff.

A Cardiff council spokesperson said: “If, say an accident occurred, we could turn up the lighting to help the emergency services. The proposed new LED lights are far more advanced and will allow us to have more control over street lighting.

“The lights can also self-report any faults or issues they are having to a central computer. This will enable the council to be far more efficient at fixing faults.”