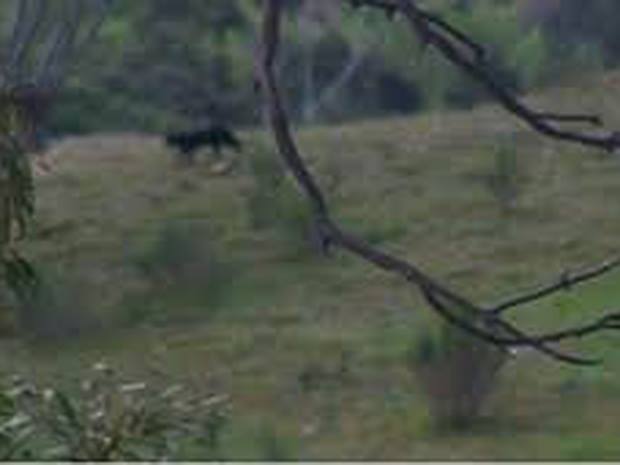 A MYSTERY animal has been spotted on Llandaff Fields by a walker who claims it was a big cat “over seven feet long”.

A picture, posted online by the spotter, shows a black figure running across a field in Llandaff.

The man, who did not want to give his name, from Grangetown, was out for a weekend walk when movement in the next field caught his attention.

“I’m sure it was a big cat. I saw it run across a field last week. It was over seven feet long and jet black like a panther,’ he said.

“I didn’t contact the police because I didn’t know if there were any big cats in the UK but now I realise it’s very unusual.

“I know the picture isn’t clear but it was so big in person. It was definitely a big cat, I think it was a panther, probably.” Big cat sightings are not irregular in South Wales and there were reported sightings of lynx and panthers in 2017.

Danny Bamping, founder of the British Big Cats Society, said: “The likelihood of there being big cats in South Wales is very high.

“There have been over 100 sightings over the last year and even as recently as last week.

“If you see a big cat make sure you take a picture or video it. Make sure you observe it, what it is doing and how it moves to help identify it.

“Then, report it via the BBCS website and call the police on 101 to get to their Wildlife Crime Officers to report it.”

big cat, cat, llandaff, Panther
You may also like