Home > Where You Live > Barry > Who was Barry Dambuster Gordon Yeo?

Who was Barry Dambuster Gordon Yeo? 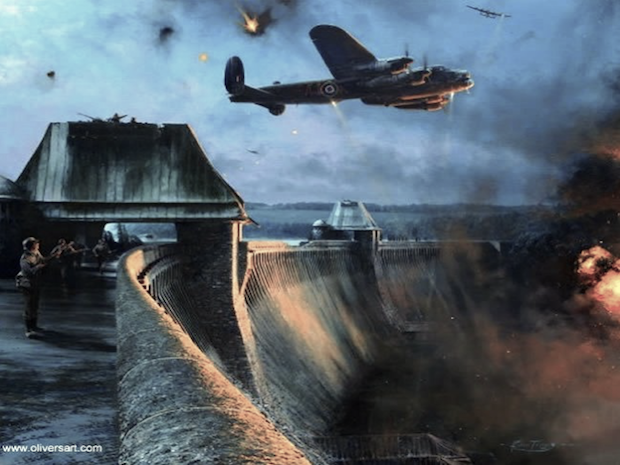 THE portrait of a Dambuster from Barry will be among those displayed in a London exhibition this May to commemorate the 75th anniversary of the famous raid.

But who was Gordon Yeo? With the help of local historian Dr Jonathan Hicks, The Cardiffian found out. His crack shooting skills saw him posted to 617 Squadron in March 1943. Just two months later, he was chosen to participate in Operation Chastise to destroy the Möhne and Edersee hydroelectric dams.

Sergeant Yeo’s Lancaster, flying as ED887 AJ-A, was the fourth bomber to attack the dam.

He manned the Lancaster’s front gun turret, using it to fire directly at the Möhne’s gun emplacements.

Over the North Sea, however, Lancaster ED887 AJ-A was shot down by the Wijk-aan-zee flak battery. In July 1943, Yeo’s mother Ada wrote to Henry Young, the father of Melvin.

His reply (pictured below), dated July 13 thanked Ada for contacting him. “Many thanks for your kind sympathy, which I feel too for all those who have suffered the same loss,” Mr Young added.

The Dambusters Reunited exhibition launches on May 16, with venue to be confirmed. Those wanting to find out more about Gordon Yeo can read about him in Dr Hicks’ book, Barry and the Second World War.