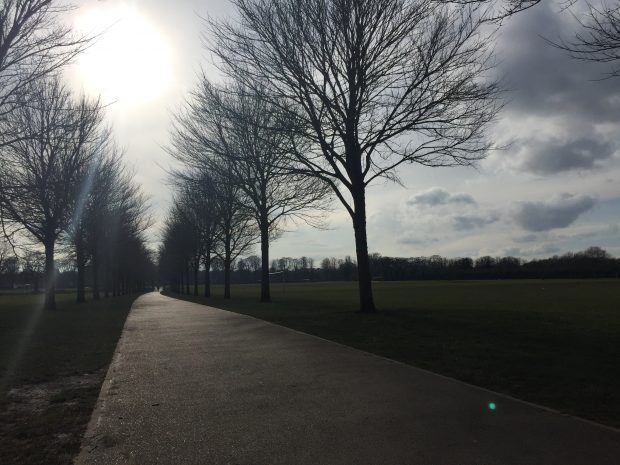 When it was announced last week that the Eisteddfod would be using Pontcanna Fields as a campsite, many residents feared a repeat of the extensive damage that followed the 2008 Eisteddfod which put the site out of use for two years.

In light of this discontent, Cardiff Council have released a statement explaining their decision.

A spokesperson from the council said that they, and the Eisteddfod, were “very aware of the historical challenges” following the site’s use in 2008.

“The Maes itself is relocating to Cardiff Bay which fundamentally changes the proposition from what people remember about 2008,” the spokesperson said. This area of the fields will house the caravan and camping site (cr. Tomos Ings)

Eisteddfod planners held a drop-in session last month in order to discuss the use of the fields with residents. However, many have said that they were not aware of the session taking place.

How widely was the drop in session publicised? I live & work locally and heard nothing. There are more than 2 marked pitches (what about the football?), and what’s the point of protecting a wicket if you’ve ruined the outfield? What other sites have been considered?

“The Eisteddfod acknowledges the importance of parks and green spaces to local residents, and the aim of the recent drop-in session in Pontcanna was to share the first draft of the plan with local people, so that their views could be taken into consideration when working on the final plan for the area.”

While final plans are yet to be confirmed, the current layout includes space for 650-700 caravans, 200 Family Camping Pitches and 400 Youth Camping Pitches.

The Eisteddfod has guaranteed the protection of all cricket wickets as well as the two rugby pitches in front of the Pontcanna changing rooms.

Comments raised in the drop-in session as well as those raised online will be considered ahead of a final plan. Planners can however confirm the following:

Cardiff Council have also confirmed that a bond will be secured to cover the costs of any reinstatement of the football pitches required post-event.