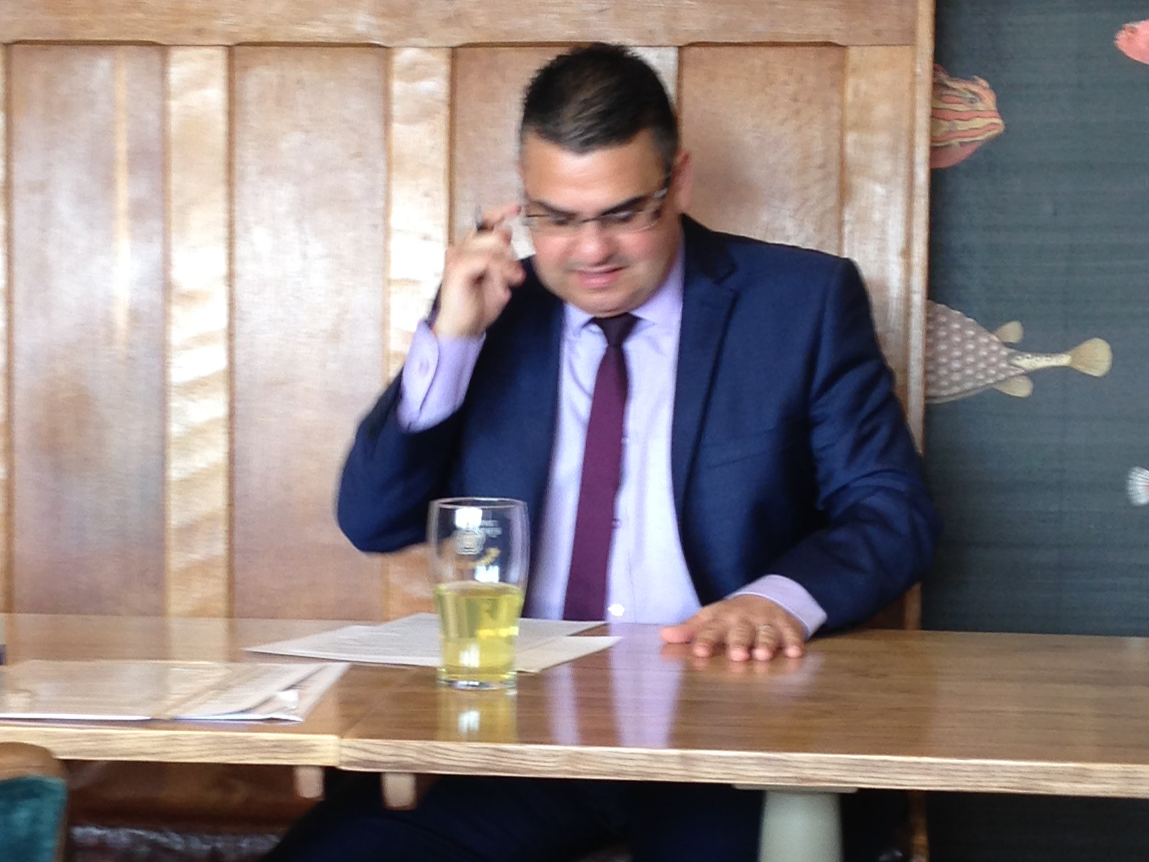 NEIL McEvoy will be appealing a decision to exclude him from Plaid Cymru following what he calls a “highly undemocratic” process which “brings the party into disrepute”.

The South Wales Central AM – who is also a Fairwater councillor and leader of Plaid on Cardiff Council – was found guilty of breaching a series of party rules by a disciplinary panel yesterday.

These included holding a rally at the 2017 spring conference having been asked not to do so, and for not amending his conference speech when asked to do so by the party chair.

He has been excluded from the party for 18 months.

Mr McEvoy maintains that he did nothing wrong and was in fact only welcomed by party members at the Newport conference, rather than held a rally, and that he has a right to freedom of speech. Neil McEvoy at a press conference this morning

“Plaid members need to know that I have been expelled from the party for 18 months for being welcomed at a conference by members and because the chair didn’t like my conference speech,” he said today.

“How acceptable is it, in a democratic society, to be expelled for effectively annoying him (the Party chair)?” he asked.

The panel also upheld another complaint, from Plaid Cymru chief executive Gareth Clubb, which criticised Mr McEvoy for breaching the confidentiality of the disciplinary process in January 2017.

Mr Clubb said it had caused “great distress” that Mr McEvoy had discussed the details of other complaints about his behaviour – not related to the Spring event – at the January press conference.

Mr McEvoy today refuted this claim, and referred to an article in WalesOnline yesterday which confirmed that he was in fact not the source of leaks about the identity of complainants.

He said that there was no doubt whatsoever that details were released by the complainants themselves. He claims his response only came after the complainants, which included former AM Nerys Evans, had already spoken to the media.

He said today that the disciplinary panel have a duty to investigate the details which had been leaked and expected those members involved to also receive disciplinary action. He refrained from naming the second complainant.

Plaid Cymru issued a statement following it’s decision, which said: “The exclusion reflects the gravity of the cases put before the Panel. Neil McEvoy will have the right to appeal the decision with a formal submission to the party within seven days.”

Mr McEvoy was critical of Plaid Cymru which he said had now “blown out of the water” any attempt to recruit new members. He is adamant that his style of politics wins support and is the key reason that Plaid Cymru have grown in Cardiff.

He said today: “Cardiff was a desert before I joined. The party has had the biggest growth since 1999, with a 330 per cent increase in vote volume in Cardiff West in the last elections.”

Mr McEvoy admitted that his exclusion leaves the Plaid group in a very difficult position.

He believes that his appeal will be successful and that he can draw a line under this “very unfortunate situation”. He dismissed any thoughts as standing as an Independent at the next election.

Mr McEvoy is currently taking legal advice about the fact that party rules did not allow him to have legal representation during the 12 month investigation.

Changes to Plaid’s standing orders, agreed at the 2017 conference, gave greater powers to party chairman Alun Ffred Jones to expel members without a hearing and deprive a member facing complaints of the right to legal representation.