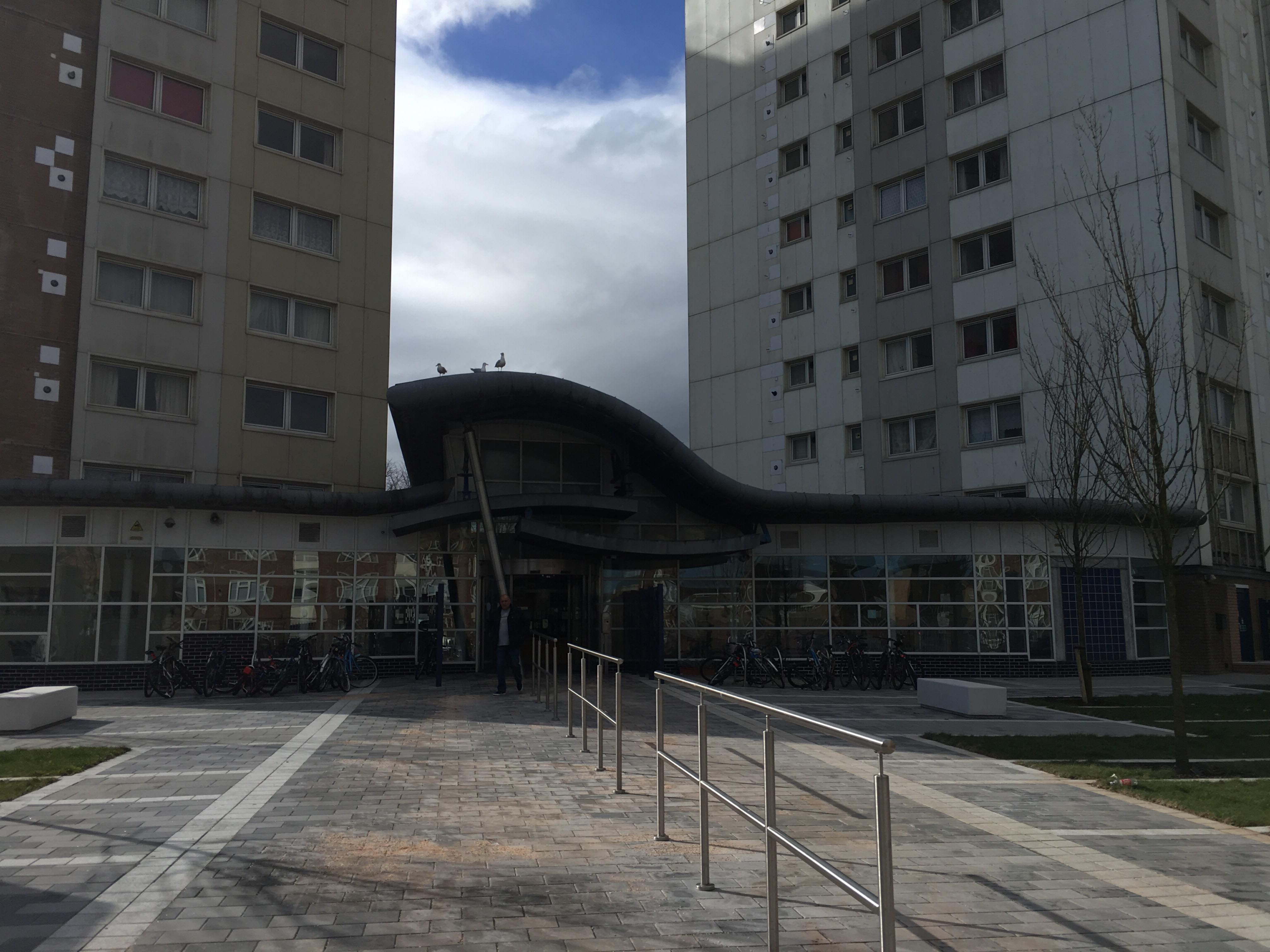 RESIDENTS from two high-rise buildings in Cardiff have been reassured by a £5m council plan to replace cladding on their flats in the wake of the Grenfell Tower disaster.

This morning residents from Nelson House and Loudoun House in Loudoun Square attended a meeting with Cardiff Council and South Wales Fire and Rescue Service.

They heard about plans to upgrade fire doors, install sprinklers and replace the cladding on their buildings which provides thermal insulation and weather resistance. Donal Mcenery, 66, has lived in Loudoun Square since 2011 and feels reassured by the council’s visit. He said: “I’m not worried. They are doing everything they can do and they’re keeping us updated. I am reassured that it is safe.”

Residents of Lydstep Flats, Llandaff North and Channel View, Grangetown will also have the opportunity to attend a question and answer meeting with the council later today.

The council plans to remove the cladding in May along with four other council run blocks in Cardiff.

Each block will be fitted with sprinklers and will update its 30-minute fire doors to 60-minute fire doors giving the building extra protection against fires – allowing another half an hour for fire crews to attend the blocks if a fire was to break out.

Up to 600 residents will be affected by the upgrades, which will cost £5 million over the next three years.

Until upgrades are completed additional safety measures have been put in place. Each block will have 24-hour fire warden patrols and increased CCTV monitoring.

The measures were prompted following the tragic fire at Grenfell Tower in Kensington, London when 71 people died.

The fire which is believed to have started in a fridge freezer, is thought to have spread rapidly through the tower via the external cladding. Following the tragedy a review was ordered to find other buildings which may be at risk.

The second round of tests showed that the systems contained materials that fail today’s combustibility standards.

Cabinet Member for Housing and Communities, Councillor Lynda Thorne, said: “I believe we are the first Council in the UK to carry out these additional checks on cladding, because of this and because of the results, we have informed Welsh Government and we will also be informing the UK Government’s Department for Communities and Local Government.”

The plans for the high-rise upgrades have been set out in the Housing Revenue Account Business Plan 2018/19, which was passed by Cabinet last week. It will now be submitted to the Welsh Government.