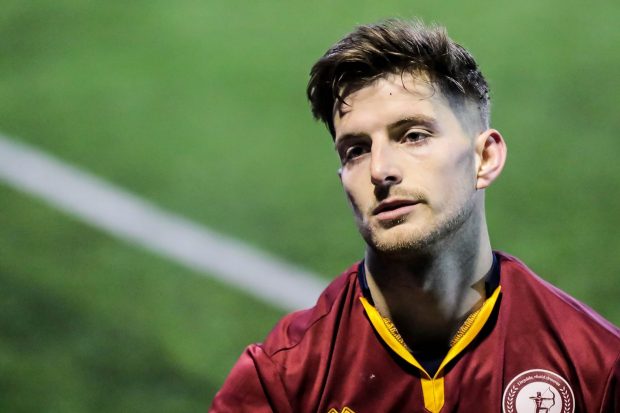 CARDIFF Met’s 2-1 defeat to Bangor was their seventh loss in 10 games and fans are wondering with four games to come before the play-offs can The Archers recover their form?

Following a draw with leaders TNS earlier this month, it was expected that Met would be able to build on the result and turn their dire 2018 form around but it wasn’t to be as they lost to Bangor at the Cyncoed Campus.

Met secured qualification for the Europa League play-offs in January with a top six finish, but their recent form will be of great concern as the play-offs near.

Played in May, the play-offs determine who will take the final place in the Europa League First Qualifying round. Sunday’s game with Bangor was full of chances for both sides but it was the visitors who made the most of their opportunities.

January signing, Alex Darlington opened the scoring with an impressive finish that saw him lob the keeper, collect the ball in the box and finish neatly in the bottom corner.

Met hit back swiftly, with Emlyn Lewis powering home a header within seven minutes of going behind. However, Bangor reclaimed the lead 10 minutes into the second half as Dean Rittenberg notched his 10th goal of the season.

Met failed to find another equaliser. Eliot Evans came closest with a well hit free-kick that cannoned off the crossbar, but another defeat was confirmed.

While it’s still mathematically possible for Met to climb the table, they are ten points behind Bala Town in fourth and four clear of Cefn Druids in sixth.

Manager Christian Edwards has four games to turn the form around ahead of the play-offs but face trips to Connah’s Quay and TNS, who were crowned champions for the seventh consecutive season on the weekend, before May.

Elsewhere in the league, Barry Town United beat Aberystwyth Town 2-0 to secure their fifth consecutive win and strengthen their grip on a seventh place that will guarantee them a place in the play-offs.

Below them, Newtown put in a spirited performance to beat Llandudno 3-2 and keep within touching distance of Barry, six points behind.

Barry have a game in hand over Newtown however and will play bottom of the table Prestatyn Town back to back at home this weekend and away on April 7.

Wins against Neil Gibson’s side could take Barry nine points clear and more or less guarantee a play-off place.

Barry’s game with Prestatyn on Saturday kicks off at 2.30pm while Met travel to Connah’s Quay and also kick off at 2.30pm