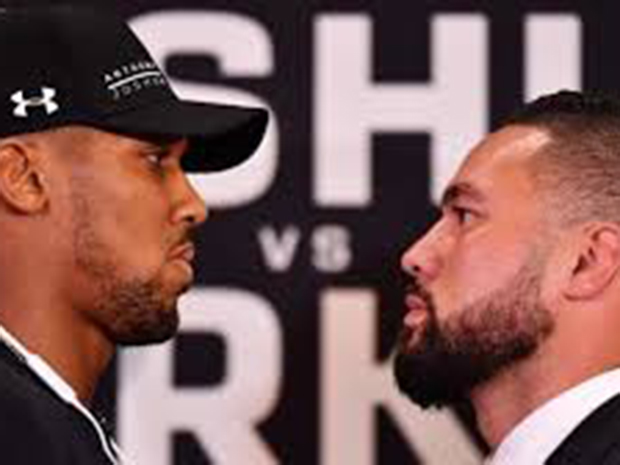 Joshua will be hoping to add Parker’s WBO belt to his WBA, IBF, and IBO world titles.

The fight at Principality Stadium will be the British heavyweight champion’s second battle at the Welsh national venue after knocking out Carlos Takam here in October.

In anticipation for this heavyweight contest, The Cardiffian looks back on Joshua’s last three fights to see if there is a possible chink in the armour of the brilliant Brit. A battle with American fighter Eric Molina was Joshua’s second defence of his IBF crown.

Molina had previously fought WBC champ Deontay Wilder, and almost knocked him out.

With Wilder on jelly legs, Molina could not find a finishing punch, and Wilder showed his powers of recovery as he finally stopped his determined foe in the ninth round.

It was predicted that Molina would prove a tough test for young Joshua, but after two one-sided rounds, which saw Molina hardly throw anything, Joshua knocked him out in the third round.

He was first dropped with a right hand to the jaw. Molina beat the count but was met with a flurry of punches, forcing referee Steve Gray to end the fight.

Joshua showed no weaknesses in this fight, but then again he didn’t get the chance. The build-up to this fight was noted for the humility of the two boxers and the respect between them, but all that flew out the window once the bell rang.

Wladimir Klitschko is a legend of the sport, the longest combined world championship reign in heavyweight boxing history. He was always going to be a handful.

Joshua knocked down the Ukrainian in the fifth round with a flurry of punches but the Brit’s celebrations were premature.

It seemed Joshua had spent his energy as he was sent to the canvas with a clean right hand from Klitschko in the next round.

It was the first time he had been knocked down in his career, but he regained his feet and saw to bounce back.

After spending the next few rounds getting his breath back, Joshua dispatched his opponent with a fluid combination in the eleventh, culminating in a brutal uppercut that Wlad could not recover from.

Joshua showed complacency in this fight, and also displayed that he could be hurt with a first knock down of his career.

He answered some critics who doubted his chin and resilience prior to this fight however, by dragging himself off of the canvas and again stopping his opponent inside the distance. Joshua and Takam battling it out last year (cr. stuff.co.nz)

The Welsh capital opened its arms to the British champion last year, and the success of that event has led to the home of Welsh rugby hosting his latest bout.

After skipping his mandatory defence of the IBF title to face Klitschko, Joshua had to face that contender, Kubrat Pulev.

However, after the Bulgarian suffered a shoulder injury, Frenchman Carlos Takam stepped in to face Joshua with just 12 days notice.

The challenger put up a good fight, staying in the contest up until the 10th round, when the referee controversially stopped the bout.

Joshua showed he had grown from his previous fight, staying patient despite being faced with a resilient challenger who refused to go down.

He also proved he could take a beating, after suffering what was first believed to be a broken nose in the second round when Takam accidentally head-butted the champion.