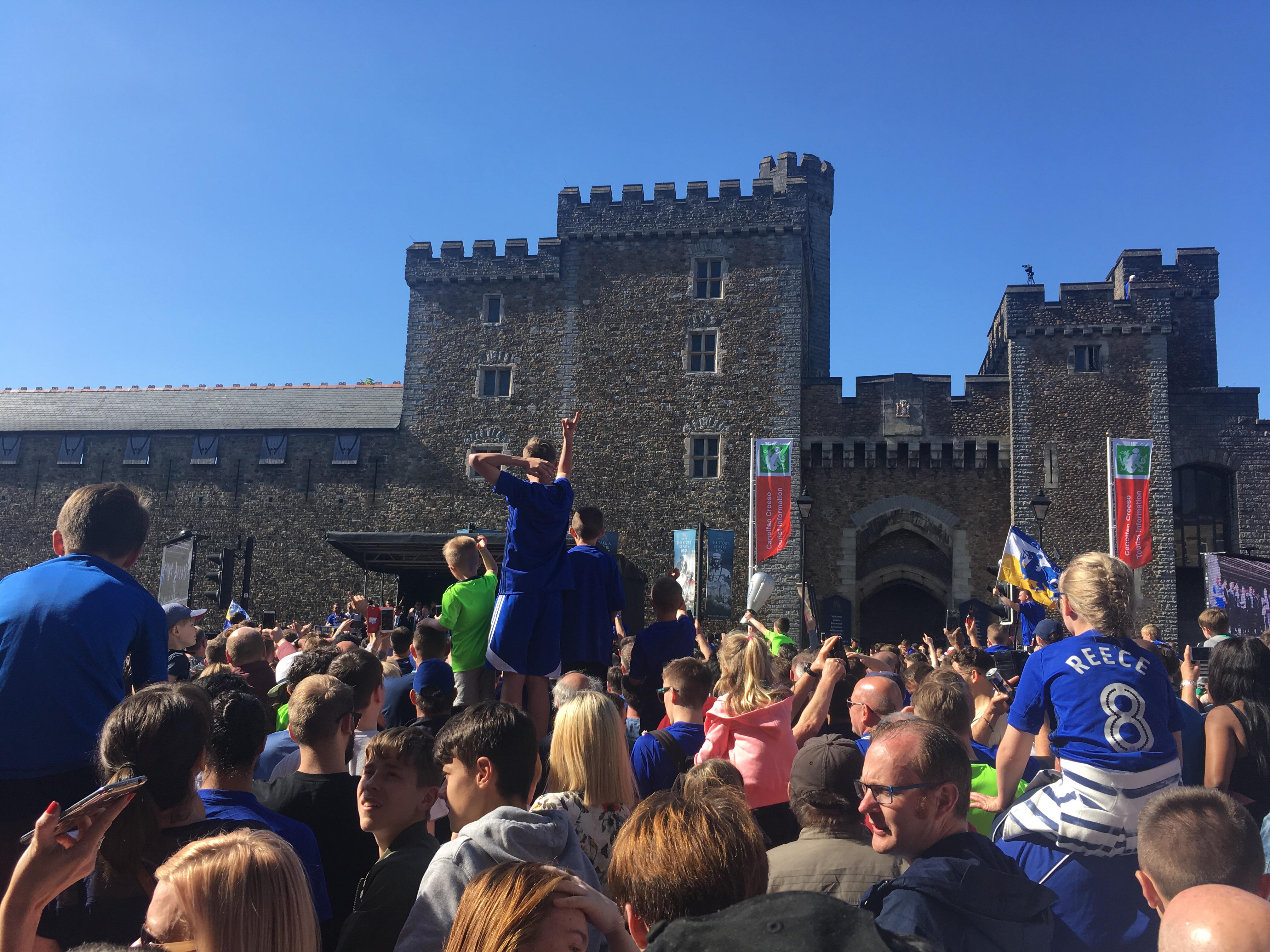 Cardiff City fans topped off their season in style as they gathered at Cardiff Castle last Sunday to celebrate promotion back to the Premier League. Hundreds of Cardiff City fans gathered outside the castle for promotion celebrations.

The celebrations started at 3.30pm with an open top bus parade from the Cardiff City Stadium, which arrived at Cardiff Castle an hour later.

Hundreds of fans stood outside the castle chanting “We are Premier League” whilst they listened to speeches from Cardiff manager Neil Warnock and several members of the squad.

The celebrations lasted several hours as fans made the most of car free day in the centre.

Cardiff City gained automatic promotion on May 6 after a 0-0 draw against Reading, but will not face rivals Swansea City who have been relegated to the Championship.