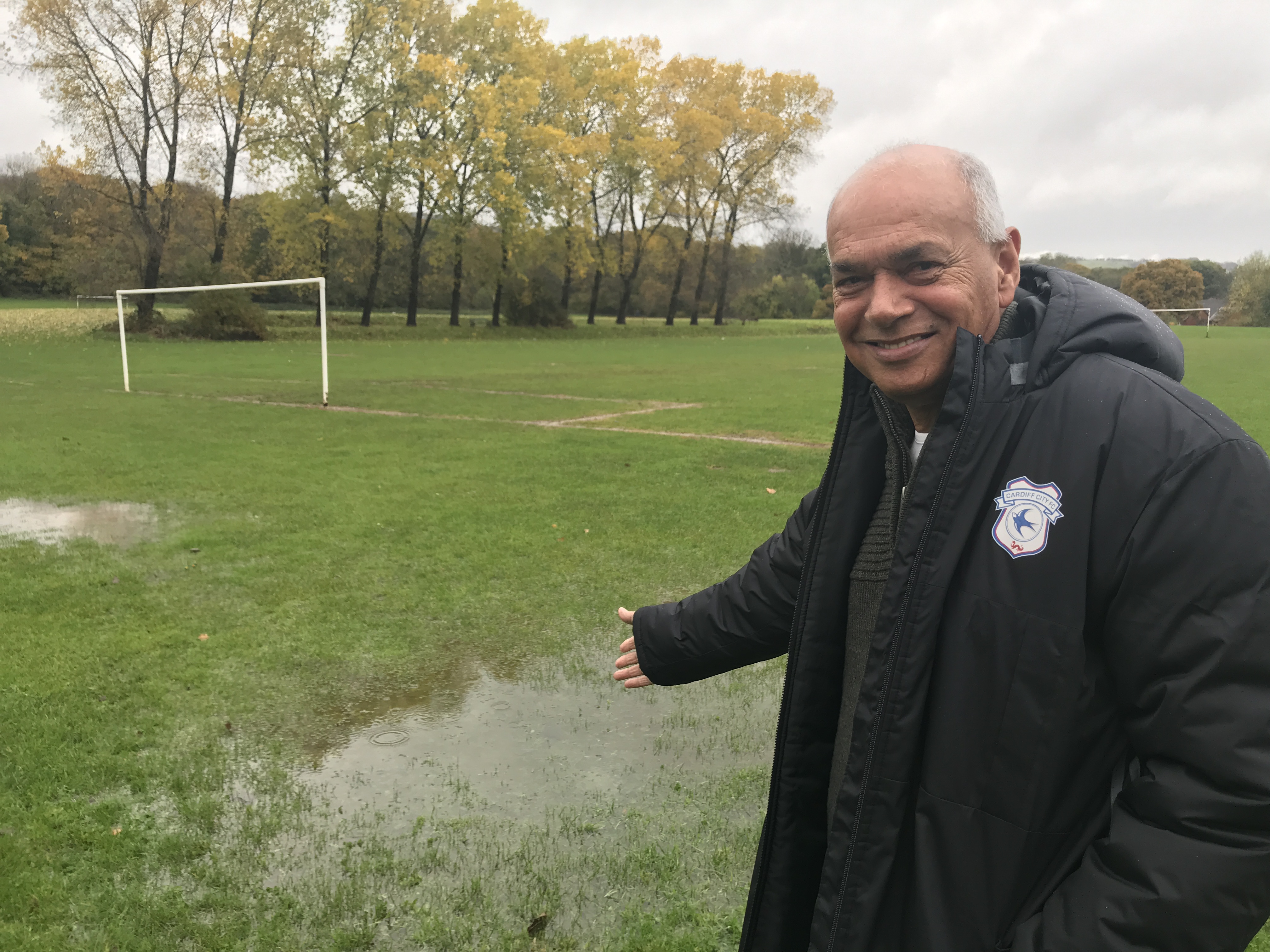 A FOOTBALL club that has never played a full season on their home ground because it always floods are hoping a resolution is in sight.

Thornhill Athletic FC moved into their Glenmount Way home when they were designated to the club and its President, Dennis Moss, in 1993.

But within two years of using the facilities the club started to experience issues with severe flooding on their two pitches, forcing them to play home games elsewhere.

For the last 25 years the club, which runs 20 boys and girls teams from under six to under 16 level, including a senior youth side, has been unable to play all of its home games at the ground.

Although the teams begin their seasons at home every September, they are soon moved by their leagues when there is a bout of bad weather because the drainage system is unable to cope.

“Every time it rains it becomes unplayable. During the season we have to be moved from pillar to post to wherever the league could fit us.This makes it difficult for the club, the players and their parents,” said Mr Moss.

This is a particular issue for the senior side who pay a fee of £120 to use Cardiff University fields in Llanrumney, rather than the £44 fee for using their home ground.

The teams currently play in both the Cardiff District League and the Cardiff Combination league. Mr Moss, 70, would like the club to have an option of a Welsh League team but cannot do so as the facilities are not up to standard.

It was announced last year that the club would be part of a £600,000 Cardiff-wide investment scheme targeted at upgrading community facilities. The club was given £65,000 from this budget to install a new drainage system.

As part of this upgrade process, the council hired a surveyor to examine the grounds who found that the drainage had collapsed in the top pitch due to the invasion of tree roots.

At the time it was estimated that it would cost £220,000 to fix the problems – exceeding the council’s budget – and an amount that has now escalated.

A decision was made to go ahead and start work on rehabilitating the drainage system on just one pitch, with work due to start this summer.

At this point the club were offered to take on the running of the facilities, including the pitches and changing rooms, but then the council and Mr Moss discovered that property developer Persimmon Homes still owned the grounds and installed the pitch in 1993.

Due to a lack of funds and confusion over whose responsibility it is to rectify the drainage issues, work has been put on hold until a decision can be made on the funding of the project.

Mr Moss hopes the 25 years of issues will soon come to a close as the council are finally in talks with Persimmon over correcting the issues.

He said: “The continued lack of progress is now totally unacceptable. Our sports clubs and local residents have waited long enough and Persimmon Homes need to urgently fix all the outstanding issues and reach an agreement on a way forward with the Council.”

A spokesperson for Persimmon Homes East Wales said: “October this year was the first time we had been made aware of any problems.

“The pitch has been extensively used over the 25 years. It does suffer during periods of heavy rain, as do many other pitches.

“We are currently checking the performance standards as required by the original planning permission and will respond accordingly.” Dennis has ambitions to install a fourth generation all-weather pitch on the top field which he hopes the club will also be able to use for other sports, including hockey and rugby.

“I would like to know that even when I’m not here, the club will still be going for a hundred years, that will be the legacy. It’s a legacy for Thornhill,” he added.