Imagining Welsh, 600 years into the future 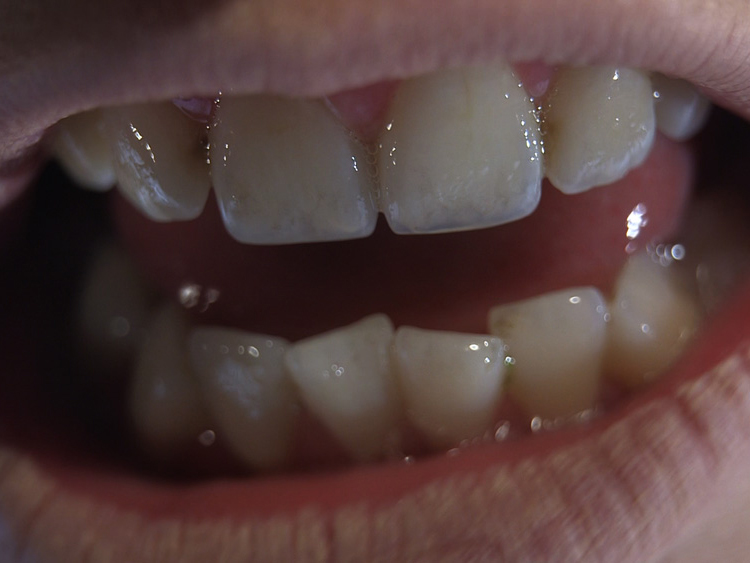 AS an American, the first time I heard Welsh for any length of time was at Paul Eastwood’s new art exhibit at Chapter.

However, 30 seconds into an interview with him, I learned that the language I had been listening to was not technically Welsh.

Instead, it was an imagined Welsh from 600 years into the future.

Mr Eastwood, 34, is a Welsh artist who has used Welsh as a medium in his most recent audio-visual exhibit called Dyfodiaith – Singing to an unknown future.

The exhibit premiered at Chapter on February 9, 2019.

Audiences are ushered into a dark room with a screen at one end and only a couple of rows of benches in front.

An eerie, almost lyrical, version of Welsh plays through headphones as the audience watches images such as tongue and bones appear on the screen.

Mr Eastwood told me this version of Welsh was based on Ebargofiant, a Welsh novel by Jerry Hunter. This book, which I was told is hard to read even for native Welsh speakers, imagines a young boy in the future trying to communicate in Welsh after the ability to read and write has become rare.

The language used in this book is a future Welsh that uses Xs and 1s as letters.

Mr Eastwood told me the motivation for this project was to consider how it is possible to construct a language.

“The root of the project was to try to bring sets of people, specialists, together and problem-solve.

“I am being very basic, and silly at times, but I wanted to offer alternatives and opportunities to say what happens when we make a type of work entirely in Welsh language.

“It happens to be that Welsh language isn’t even Welsh. But a future Welsh or a past Welsh,” he added.

When listening to this version of Welsh, native speakers would only understand 60 per cent of it.

This exhibit was also influenced by Mr Eastwood’s own experience with Welsh.

Mr Eastwood learned to speak fluently at a Welsh language primary school. As his family doesn’t speak the language, he mostly has an academic relationship with the language.

This experience helped him deconstruct the language and transform it to something new.

“The one problem I have had is the poetics of the language. Literally mashing up all these words to make sentences. They lose their meaning once translated,” said Mr Eastwood before he grabbed a piece of paper left on the table to show me what he meant.

“So Arwynebedd means surface area, like the surface area of a table. And that is just one word. And then I thought I could see words in this word,” he added, writing out ‘Ar,’ ‘Wyneb,’ and ‘bedd’ as three separate words. A photo of Paul Eastwood’s note

“This means on the face of the grave. And when I wrote that, I showed some people who are fluent Welsh speakers, and they told me that they had never seen that. I was trying to rip the language apart, like you would rip the skin off a bone and see what was underneath.”

After finishing school in Wales, Mr Eastwood moved to London for the Royal Academy and Wimbledon School of art, and then to Tokyo and India for a couple months at a time.

This experience made him question what it meant to be British and Welsh. This question has been incorporated into his art.

“It isn’t just a long-forgotten language. You have nearly 600,000 people speaking it, using it every day and with their children. Using it on all types of life. And I wanted to add to that story, and bring new audiences in.”