Booming Cardiff Science Festival is out of this world 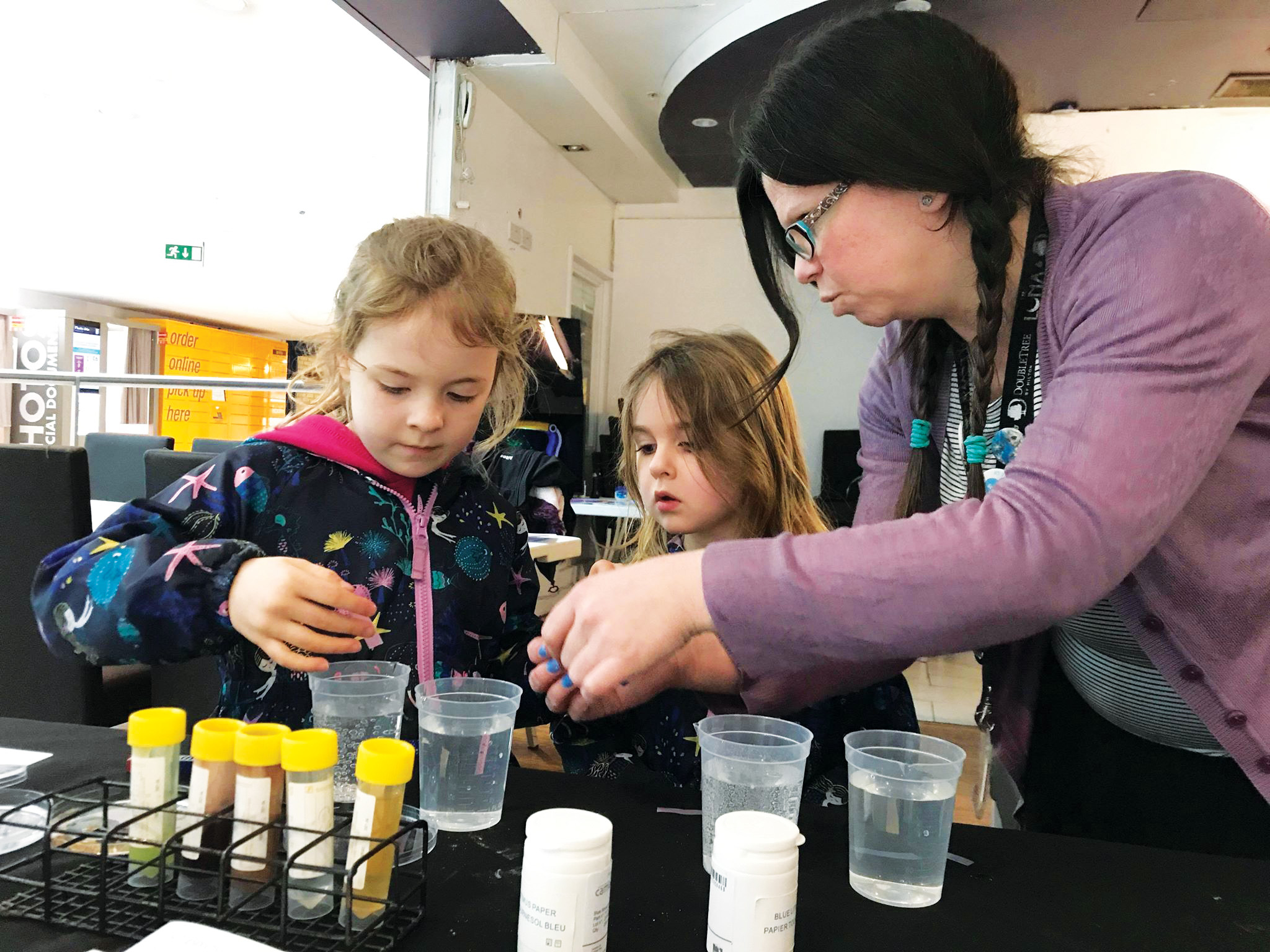 GIANT microbes, magnetic cereal, human circuits, building vacuum cleaners, wind-up cars and a museum at night-time; the Cardiff Science Festival is back, and it’s back with a boom.

City Hall was lit up in orange last night for the festival’s biggest event National Museum Cardiff’s After Dark which invited families to a night at the museum to snoop around the exhibitions and events and take sneak peek at the new Leonardo Da Vinci exhibition.

With over 1,500 tickets sold, the museum was buzzing with the excitement of science and technology.

Michael Haberfeild, nine, from Rhoose, said: “I love science. I see myself working in space being a medical astronaut. Science is more than maths and English. In maths you know that two plus two is four but science is so much more.”

His dad, Lyndon Haberfeild, 55, said: “It gives the younger children an idea of what they have to aim towards and how much fun science can be. Whatever they end up doing, they will do it for a long time so it’s best to be something they love.” Megan Williams, 10, looking at her unwashed hands under ultraviolet light.

Megan Williamson, 10, from Rhiwbina, was lapping up the expert’s scientific knowledge, with dreams of her own in the field.

She said: “I like science a lot because it’s very interesting. When I am older I want to be an immunologist so I can help people with diseases and make a difference without actually seeing them die.

“I like Edwin Jenner because he helped people with smallpox but I think he was a bit mean because he killed one of the boys he injected.”

Megan’s grandmother, Olween Williams, 81, said: “Megan has always been interested in science. Children are generally curious and this fuels their imagination, especially when it’s hands-on.”

Mali Lloyd, 11, Newport, was also at the museum at night. She said: “I like learning about how the world works, like about gravity and spaceships. It feels weird being in a museum at night because we don’t usually get to do this.”

The festival has 32 events across different venues in the city from wildlife walks in Cardiff Bay, science experiments, building hoovers, remixing sounds and even the chance to make your own bath bombs.

The Science Festival is based around STEM, which stands for science, technology, engineering, and mathematics. The organisers explained that using the label STEM means children are not put off by topics they might not think they’re interested in.

Emilie Glen, 8, from Cardiff, who was playing ‘pin the body parts’, said: “It’s been a confusing day but fun. I liked doing the hand washing thing. I learnt that bacteria is everywhere.”

Martha Lewis, 6, from Penarth, was shocked to discover that microbes are in everything: “I like cheese. Microbes are good.”

Volunteers at the events came from a huge range of companies of academia, technology and science. Students and academics came from the universities of Cardiff, Swansea and South Wales, volunteers from the Royal Society of Chemistry and members of Teqniquest are all taking part to share their expertise with the children. The City Hall lit up in the festival’s yellow-themed colours, ready for Night at the Museum.

Matthew Allen, 30, who has a PhD is Astrophysics from Cardiff, is one of the seven organisers of the festival.

He said: “It inspires and educates people. Science is for everyone.”

“Everything you do is science – in future years we hope that shops will sell bath bombs but also say hey, this uses chemistry and physics and show that.” Michael Grant, 5, proudly stood next to his ‘pin the organs on the body’.

Hayley Pincott, who works in a diagnostic lab at HS Oral Pathology, is also volunteering at the event.

She said: “We do practical things easy to see and explain; centrifugal force is a complicated term but can be shown clearly with a salad spinner.

“It’s about getting them engaged. I used to hate science but it’s just about that perseverance to find something you like.

“We’re not geeks that just sit in a white lab coat with potion bubbling, we’re real people and science is fun. You don’t have to be the cleverest person.”

There are now adult-only events too because many adults were interested in attending the festival without kids. From a scientific pub quiz to A Plan to Save the World event, there really is something for everyone.

Events continue on until March 3, for more information click here. 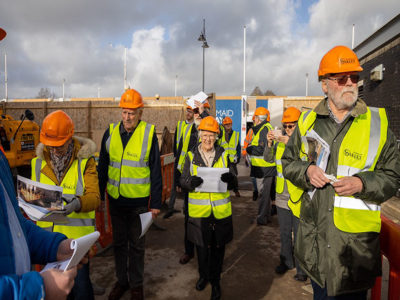 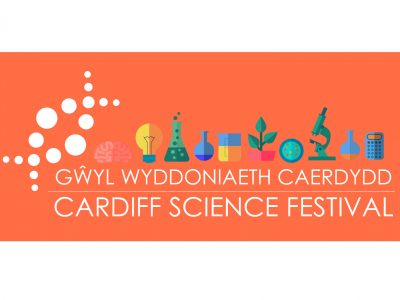