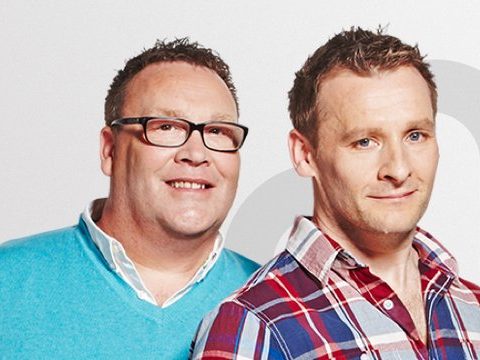 nearly 500 signatures please please pick up the huge support for #savejaggerandwoody and spread the word! We want to keep Welsh stations for Welsh people! Keep Jagger and Woody on Heart Morning Radio – Sign the Petition! https://t.co/FAmbtSgqdm via @UKChange @HeartWales

A PETITION to save Jagger and Woody’s breakfast show on Heart Radio has received over 3,000 signatures since being set up by a distraught fan earlier this week.

Lizzy Fauvel set up the petition after the news came on Tuesday that Heart, Capital and Smooth Radio will no longer broadcast regional breakfast shows.

The 25-year-old fan said: “Jagger and Woody bring laughter, fun and the time tunnel turnaround to our Welsh mornings that brightens up even the worst of days.”

“Heart constantly go on about being such a great radio with millions of listeners, the audience differs so much including location which is basically going to be demolished and there will be no more big local radio,” she said.

Ms Fauvel, from Porthcawl, is not optimistic that the company which owns the radio stations, Global, will change its mind but hopes the petition will show Jagger and Woody how much they are loved.

Chris Wood, part of the duo that hosts the breakfast show on Heart, told The Cardiffian: “It is a really tough time at the moment.”

The Welsh presenters, including Jagger and Woody, Matt and Polly and Gary King, are unsure about the fate of their jobs.

For 25-year-old fan, Jamie Smart, the shake-up is a big shame as it will see less Welsh representation on the radio.

“I always hear people from Cwmbran where I’m from, ringing in to play games and give opinions on topics so I just think we’re losing the things relatable to us,” he said.

We need a campaign to keep @radiojagger @radiowoody1 @HeartWales on the Welsh breakfast show. We don't need a UK show, we are Wales ??????? we have national stations to supply us with national breakfast #KeepItWelsh #HeartWales #BreakfastShow #JaggerandWoody

The major shake-up was announced on Tuesday; Ashley Tabor OBE, founder and executive president of Global said the change was a result of deregulation from Ofcom.

New regulation now requires radio stations to produce only three house of local content a day in contrast to the previous seven.

The deregulation does not require stations to provide peak shows, including breakfast time, but Global have said local drive-time shows will not be affected by the change.

In addition to these changes, stations are however expected to produce an enhanced level of local news.

If you would like to show your support for Jagger and Woody, you can sign the petition here.