Home > Where You Live > Cathays > Volunteer clean-up campaign to get £50,000 council boost 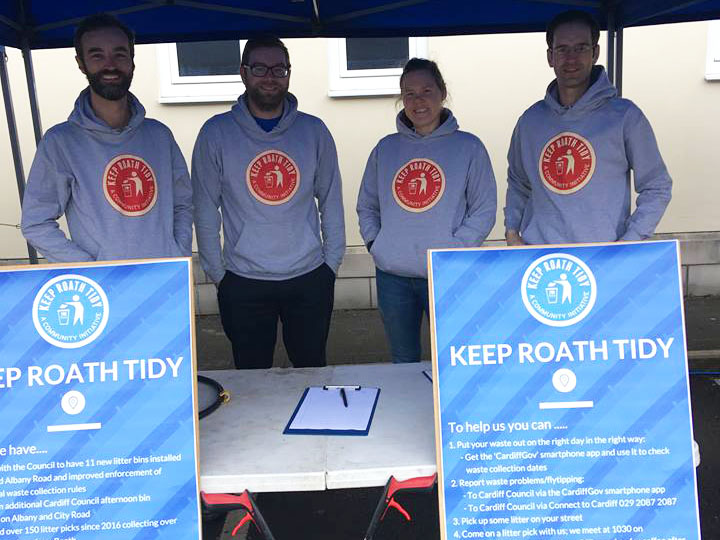 THE Cardiff-wide Love Where You Live campaign received a funding increase of £50,000 in the council’s annual budget.

The increase was confirmed despite plans to save over £400,000 in the clean streets, recycling and environment budget.

Love Where You Live focuses on neighbourhood cleaning, raising recycling awareness and educating students on the importance on keeping Cardiff tidy.

Roddy Beynon runs Keep Roath Tidy, one of the groups which will benefit from the new money.

“The most visible part of our work is our litter picks, which start from Albany Road Post Office at 10.30am on a Saturday, but actually behind the scenes we’re involved in a variety of other initiatives.” said Mr Beynon.

Chris Weaver, cabinet member for finance, said keeping streets clean was a priority and that £312,000 would be spent on “blitz” cleaning operations and piloting new street cleansing technology.

But he said savings across the clean streets, recycling and environment budget have to be made, due to the council’s £32m budget shortfall.

Adrian Robson, leader of the council’s Conservative group, said: “I welcome anything that helps to keep Cardiff tidy.

“But residents may ask the question, why do the council have to rely on volunteers when people pay so much in council tax for services such as street cleaning to be done professionally by the council?

“We all want to live in a clean environment, but people feel that they’re not getting a full service from the council.”

Roath resident Chris Clarke, 40, who volunteers with the scheme, said: “Cardiff is quite dirty compared to other cities. It has densely populated areas with rented accommodation all concentrated in a small area of the city, which is part of the problem.

“I do have sympathy for the council; their budget gets cut by Westminster, but you wonder if they care about Cathays residents, because they’re mostly students and don’t pay council tax.

“Blitz cleans have happened before and they’re good at the time, but afterwards the problems (of littering and rubbish accumulating) resurface.”