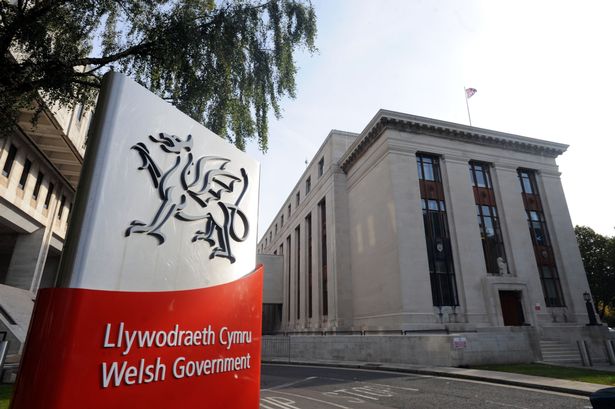 CONTROVERSIAL proposals to force English speaking schools to teach more subjects in Welsh have been unveiled.

The Government plans would see English medium secondary schools introducing more Welsh into their curriculum by teaching other subjects in Welsh from 2022.

One teacher says the plans are akin to “social engineering” because the wording of the proposals is too vague and that changes could be made without people fully understanding their implications.

A public consultation on the plans, which are contained in a White Paper, closes on March 25 before detailed content of the new curriculum is published in April.

The Welsh Government says the “ambitious and far-reaching” action is necessary to improve standards of real-life Welsh skills being taught in Wales.

She believes these plans would make English and Welsh schools too similar. She also thinks the wording is too vague, meaning people may underestimate their implications.

“The Welsh Assembly Government say that you cannot change the language of a school without a public consultation,” she said.

“It’s not explicit. Unless you read between the lines, parents are not aware of what is happening. I feel like its social engineering. Rather than opening doors it’s putting barriers in their way.

“We need to be preparing children for the job market but instead they are focusing on pushing the Welsh language.”

However, the Welsh Government says the change is necessary to raise standards.

Education Minister Kirsty Williams said: “I am absolutely clear that to raise standards and extend opportunities we need to empower schools and teachers by moving away from a narrow, inflexible and crowded curriculum.

“This is an exciting time for education in Wales.

The consultation has been set up to give people the opportunity to contribute to the debate.

“The White Paper is ambitious and far-reaching. But we will only reach those high standards through a genuine national mission and conversation,” she said. What is actually being proposed?

The new curriculum will be introduced to the new intake of year 7 pupils in 2022.

The plans propose to remove second language Welsh from English schools, meaning all pupils across Wales will have to study first language Welsh.

Welsh language will remain compulsory until the age of 16, but will no longer be separated into first and second language programs.

This means all learners will follow the same curriculum across both English and Welsh schools.

While all learners will be on the same curriculum, the government have yet to confirm how this would be assessed considering those who come from a Welsh primary school.

In the long-term, this will warrant a change to the qualification at GCSE level.

The change comes as part of a bid by the Welsh Government to improve the Welsh language skills pupils have on leaving school.

Why have the plans divided opinions?

The plans propose that English secondary schools introduce more Welsh into their curriculum.

This, combined with the new plans for the Welsh language qualification, have raised concerns that the difference between Welsh and English schools is minimal.

Additionally, questions have been raised about how this will be implemented. Specifically, how teachers will be trained in order to effectively carry out these proposals.

What do other people say?

Rebecca Williams a policy officer from Undeb Cenedlaethol Athrawon Cymru (UCAC) said: “We’re very positive of the overall plans. The curriculum is going to be massively different and I suppose that’s where some caution comes in.

“There is going to be much more freedom in the curriculum and I think this is daunting for a lot of people.

“One of the main aims of the reform is to make sure people come out of school with a better level of Welsh than what we are currently seeing.”

Rebecca says that the new curriculum will be focused on building up real life skills – regardless of whether you are educated in an English or Welsh school.

“In our opinion, all children are learning Welsh anyway, all these reforms will do is make sure that learning Welsh will be more effective,” she said.

However, the way in which the new curriculum will be regulated has been questioned by Cymdeithas yr Iaith Cymraeg.

A representative from the union, Toni Schiavone, said: “We welcome the government’s intention to establish a single continuum of learning Welsh.

“However, it is essential that there is now one Welsh language qualification available for every pupil to accompany this development. This is why we call on the government to publish a combined model qualification as soon as possible.”

“Alongside this, we need a much more comprehensive workforce planning strategy – through service training and quotas for initial teacher training.

Susie Anne, a 23-year-old retail worker who went to a Welsh school, thinks that people should have a choice in which language they are taught in.

“I’m highly dyslexic and having learnt both English and Welsh from a young age made it so difficult for me to differentiate spelling. It should be an option for the best interest in the child,” she said.

Three head teachers from Cardiff secondary schools were asked for their views on the proposals, but none were prepared to comment.

The Welsh Government want the general public to submit their comments on the changes by March 25 1019, with detailed content of the new curriculum being published in April 2019.